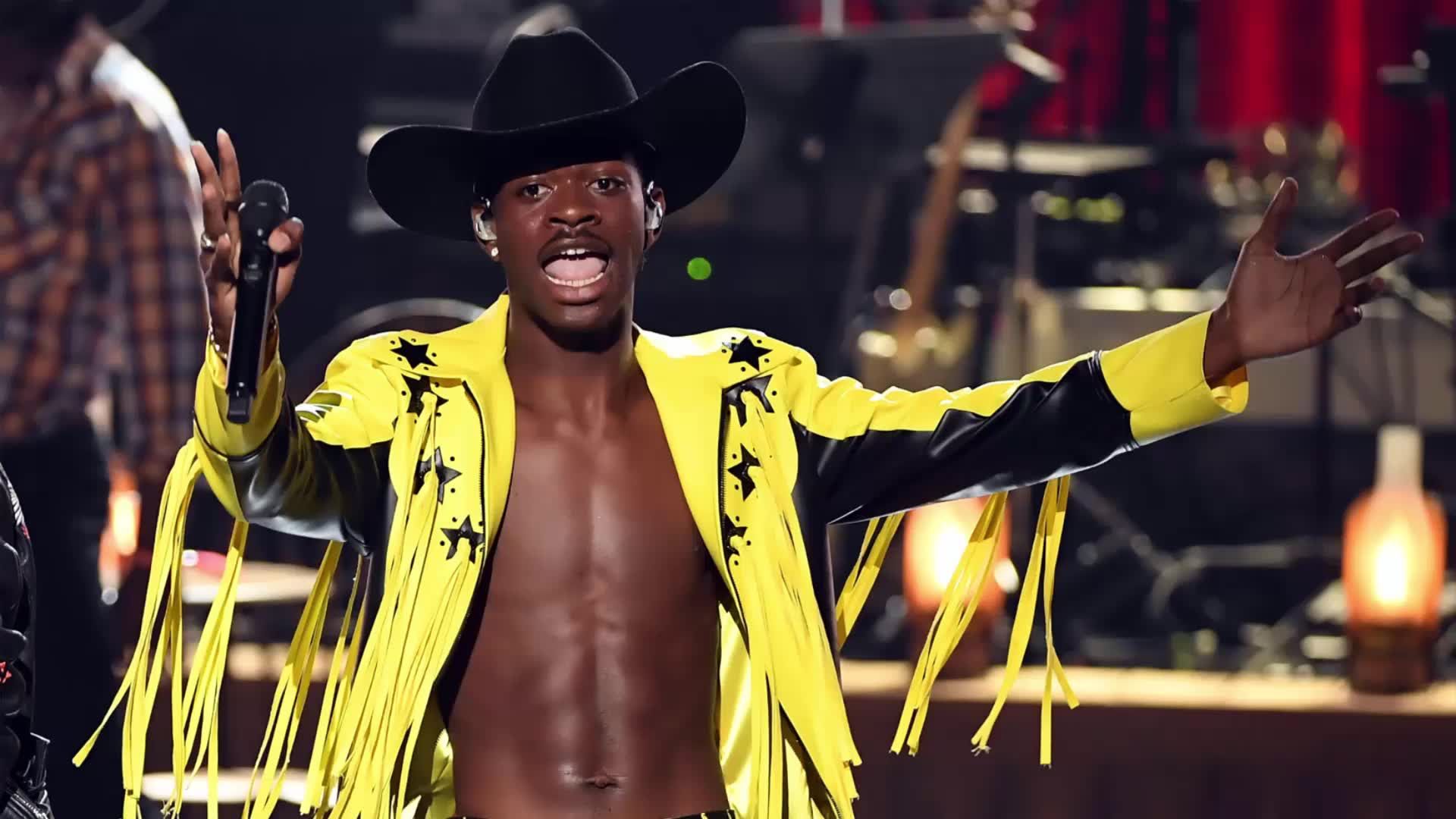 After being dethroned from the Billboard Hot 100 chart by resident “bad guy” Billie Eilish, Lil Nas X is back to prove that it’s a “Panini” world, and we’re just living in it.

Lil Nas X dropped the music video for his single “Panini” off of his debut EP “7” on Thursday morning. After giving us big Back to the Future 3 vibes with his music video for “Old Town Road,” where was there left to go? Well, back to the future, of course.

The video presumably takes place in the same LNXCU (Lil Nas X Cinematic Universe) of his VMAs performance. If you’re one of the millions of people who did not tune in for the awards show, (and really, we don’t blame you) here’s a recap: the year is 2079. President Lil Nas X has just dropped the  3,162nd remix of “Old Town Road” featuring “Yung Sandwich, The Ghost of Benjamin Franklin, Megan Thee Stallion’s Twerk Wind, My Mother, and Old Thug.”

In the “Panini” video, we are whisked away to the same neon vaporwave Bladerunner-wet dream of a future, where (President) Lil Nas X’s holographic smile is on every building and The Brands™️ (such as Fiat, Uber, and Beats by Dre) have taken over our daily lives. So, not that far off.

Actress Skai Jackson (the aforementioned “Panini”) plays a citizen of the futuristic city who is doing everything possible get away from Lil Nas X’s funky dancing and pleas to not be such a meanie. She runs through the streets, grabs and Uber, and even jumps out a plane, but Lil Nas X is always there. He is inevitable.

So Twitter asked — why are you such a meanie? Leave Jackson alone!

Panini video is the millennium version of when the 90-2000’s r&b niggas follow the girl dancing & singing. I’m impressed.

The music video is probably more about Lil Nas X’s influence on pop culture and the hype train that took him to where he is today than some light stalking. And really, is his infectious energy that bad of a vision for our future? I, for one, accept Lil Nas X as our new overlord.