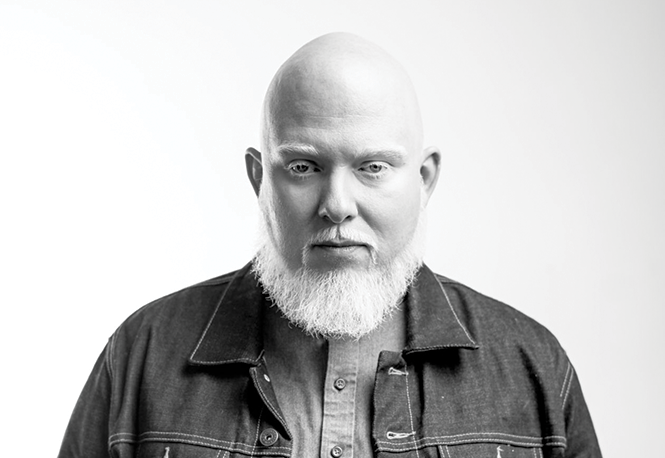 Thursday 11/21
Brother Ali, Evidence, Marlon Craft
Rhymesayers’ main man Brother Ali is coming through Salt Lake City with Evidence, and while this is not a concert that will get many hypebeasts excited enough to lace up their Yeezy boosts, underground heads around the valley are getting ready—because among underground rap circles, this is the equivalent of a Travis Scott-Kanye collaboration. Yes, they are that big of a deal to some. Evidence—the California-based graffiti artist turned producer and rapper—made a name with Dilated Peoples, who burst into the consciousness of fans with their 1997 single “Third Degree.” Since then, he’s been featured on countless records, and even won a Grammy with Kanye West for his work on The College Dropout. His third solo project, Weather or Not, dropped in 2018. Brother Ali is rolling in off his new album, Secrets and Escapes, which features Talib Kweli, Pharoahe Monch and, of course, Evidence. On this offering, Ali doesn’t stray from his tried-and-true formula: carefully-crafted conscious commentary on a variety of tracks, from the slow and somber to the uplifting and upbeat. While I expect each and every patron to have fun, this is not necessarily a concert for people who want to vibe out and drip sauce with the fashionistas. It’s a show more for the people who get irked when people rap over vocals and have no respect for rappers with ghostwriters. You know, the kind of people who rarely like anything that charts these days. You’ll see me there. (Keith L. McDonald) Metro Music Hall. 615 W. 100 South, $25–$100, 9 p.m., 21+, metromusichall.com

Friday 11/22
Triggers & Slips
Sometimes, you kind of wish that certain bands with inexplicable names would offer a little insight into how they came up with their handle. Ordinarily, we’d put Triggers & Slips into that category, but these local stalwarts—who continually demonstrate their dexterity through an astute blend of rowdy rock, outlaw country, honky tonk, Americana and close-knit high harmonies—are good enough that they don’t really need to explain anything. If you’ve caught them in concert before, you know that they aren’t afraid to bend a few boundaries; last May at The State Room found them offering homage to Alice in Chains, and indeed their music also offers no small hint of reverence for bands of ’90s outfits like Stone Temple Pilots, Nirvana, Sound Garden, Blind Melon and the like. Their upcoming appearance at the State Room serves as a release celebration for their newest offering, The Stranger, as well as a reminder that hometown talent is worth paying attention to. In fact, the new album is already considered a potential break-out that will bring them to a national audience, even while it reaffirms the fact that they give us locals plenty to be proud of. A riveting blend of gritty, assertive, down-home defiance and dusty, well-weathered balladry, it’s a fine representation of the best this band has to offer. Flush with class and conviction, it’s the sort of thing that makes Triggers & Slips a genuinely potent combination. (Lee Zimmerman) The State Room, 638 S. State, 9 p.m., $20, 21+, thestateroompresents.com

SATURDAY 11/23
Exhumed, Gatecreeper, Necrot, Judiciary
When a gnarly death metal tour package comes to town, I know it’s going to be a great week. San Francisco’s blood-soaked death metal number Exhumed brings a macabre, fast-paced sound loaded with personality to the table that’s just as chaotic as it is grim. They’ve been honing their brand since the 1990s, and while they’ve been through a few lineup changes over the years, they’ve never lost their gore-laced charm. Their latest release, Horror, dropped on Oct. 4, and is a complete soul-shredder. While they lost the grime that caked their early releases, trace amounts still seep through the polished exterior. Arizona-based co-headliner Gatecreeper, a personal favorite of mine, fuse doom and death-metal to create a cocktail of wicked energy. While they just released their sophomore album, Deserted, their first full-length release will always stand out in terms of it being so catchy and fresh. Necrot and Judiciary open the show, and while Necrot stay true to the death metal nature of this tour, Judiciary offer up something a little different, a thrash and hardcore crossover band that’s punchier than the rest. However, they still exude a gruesomeness that matches up well with everyone else on this fantastic roster. (Zaina Abujebarah) Urban Lounge, 241 S. 500 East, 9 p.m., $18 presale; $20 day of show, 21+, theurbanloungeslc.com

SATURDAY 11/23
King Diamond, Uncle Acid & The Deadbeats, Idle Hands
King Diamond is a towering figure in the metal community. In addition to his pioneering use of corpse paint (which is now ubiquitous in black metal), the artist also has a bevy of classic music to his name, both with his first band Mercyful Fate and throughout his solo career. His penchant for creepy, high-concept album-length statements is backed up by the tasteful incorporation of prog-metal influences, as well as a powerful, operatic singing voice spanning four octaves. But even if King Diamond’s brand of all-out campy horror isn’t your cup of tea, his Nov. 23 date at the Complex isn’t one you’ll want to miss. Joining him is U.K. heavy-rock outfit Uncle Acid & The Deadbeats. They’re on the opposite end of the metal spectrum from King Diamond, all fuzzed-out, down-tuned riffs and pummeling down-tempo grooves, but they still share with him the same love for all things spooky and/or heavy—and, perhaps more importantly, both acts know how to put the energy of their music into an engaging, fun live show. No matter which way you like your metal, this is one to mark on your calendars. Portland quintet Idle Hands opens the night with their signature blend of traditional heavy metal and goth-rock. (Nic Renshaw) The Complex, 536 W. 100 South, 7 p.m., $34.50+, all ages, thecomplexslc.com

MONDAY 11/25
Lisa Prank, Bobo, The Coolaid
The resurgence of riotgrrrl-lite pop over the past seven or eight years has been disarmingly consistent in quality. Acts like Tacocat, Colleen Green and Peach Kelli Pop have stood at the front of a sound that has earned quirky labels like cuddle-core, stoner-pop and babysitter punk—most of it chock full of sugary earworms and stylish minimalism. That isn’t to say that it’s a style of music that sounds good no matter who plays it. In fact, it’s a style that, when done poorly, is incredibly forgettable. It’s why it’s so impressive that artists like Lisa Prank, who operate within the limited sonic spectrum of low-crunch power chords, starter-set drum kits and Casio keyboards, make such a memorable dent. Despite operating in the music world-equivalent of painting with grocery-store acrylics on cardboard canvasses, Lisa Prank puts forth a visceral, Technicolor vision of shitty breakups, skinned knees and pillow talk. Opening the show are local acts Bobo and The Coolaid. Recording for Utah experimental label Hel Audio, Bobo is the work of artist Kari Jørgensen whose dreamy, exotica-flavored electro-pop approximates a world where Grimes got really into Japanese funk and The Commodores. The thread between an artist like Lisa Prank and Bobo, while not immediately obvious, is notable. Both represent diverging points in modern DIY. Once populated mostly with broken Fender Squiers and cheap fuzz pedals, more and more low-budget artists are experimenting with sound collage and house-influenced pop by way of GarageBand and Ableton. It’s a split that allows both types of artists—guitar crew and Ableton crew—to be more intentional with their vision and aesthetic than ever, an important ability as the music industry becomes increasingly difficult to infiltrate. (Alex Murphy) Kilby Court, 741 S. Kilby Court, 8 p.m., $10, all ages, kilbycourt.com