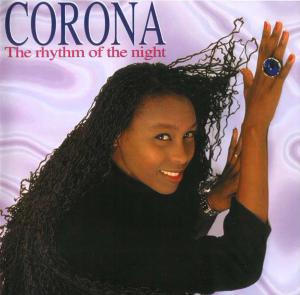 Rhythm of the Night

PHILADELPHIA, PA, USA, May 28, 2019 — “The Rhythm of the Night” is a song by the Italian Eurodance group Corona, released in late 1993. It reached #1 in Italy, #5 on the Eurochart Hot 100, and by the end of 1994 it was the longest-charting single on the Eurochart Hot 100. It peaked within the top-ten in a total of 14 countries: Australia, Austria, Denmark, France, Germany, Iceland, Ireland, Italy, the Netherlands, New Zealand, Scotland, Spain, Switzerland and the United Kingdom. In the United States, it reached #11 on the Billboard Hot 100. The song was even featured on Grand Theft Auto V’s radio.

Billboard wrote about the song: “Recent No. 1 U.K./European hit… Thumping Italo disco beats support glossy faux-rave synths and a diva vocal that is forceful without being overly aggressive. A wildly catchy and repetitive chorus already has begun to woo radio programmers in several major markets on import.”

Get “Rhythm of the Night” exclusively on Itunes and Apple Music:
https://apple.co/2HBPEDC