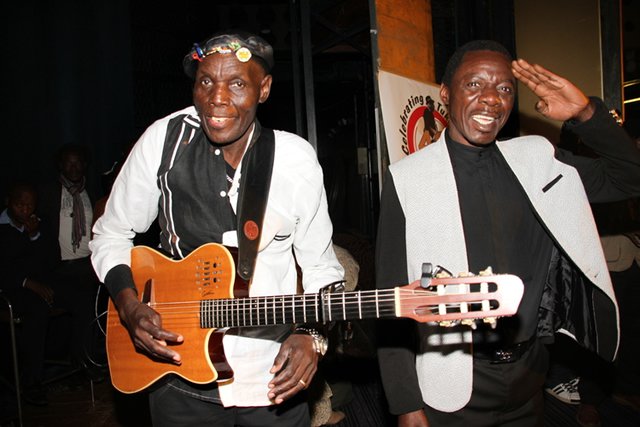 Just like the late Tuku, Baba Shero, as Macheso is fondly referred to by his fans, has been working with a number of artistes lately with his collabo with Freeman, Ngaibake, making waves on the local music scene.

The video shows Macheso’s younger side as he was dressed in a summer shirt and dark glasses making him look younger to go along with the afro fusion beat on the track.

Macheso has lately collaborated with another zimdancehall artiste Princo Spice.

He has also made collaborations with artistes like the late Beatar Mangete.

In an interview, Macheso said he was inspired by the late Tuku who would get into the studio with almost everyone.

He said by working with the other artistes, he was therefore preserving the legacy left by Dr Mtukudzi.

“I learnt a lot from the late great music icon. He was a very humble man who would work with almost everyone. I also copied the good things that he did including having collaborations with various artistes regardless of genre,” said Macheso.

Asked if he intended to fill Tuku’s shoes, Macheso replied:

“Those are big shoes, no one can fill them. But what we learnt from him is what we are doing, taking others on board and nurturing talent.”

Besides collabos, Macheso’s own strength which earned him the moniker Musarapavana, is nurturing talent through taking the up-an-coming artistes to curtain raise at his shows, a thing he also learnt from Tuku.

Macheso said it was natural that as one of the seasoned musicians left, he should be working to uplift others adding more collabos were on their way. The Chronicle