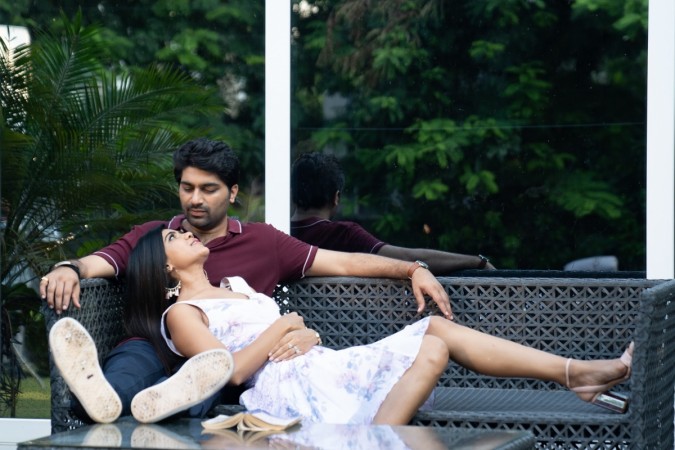 In recent times, music videos have seen significant growth. There’s nothing better than a song that depicts a story in a short time. Nowadays, the season is of love singles and many celebrities have been a part of music videos that have been loved by everyone. Another music video is soon going to release starring Malhar Thakar and Khushi Shah. While Malhar is a prominent name in the Gujarati film industry, Khushi Shah has also worked in regional cinema and has been predominantly working in Gujarati films. The duo will be starring together in a romantic music video titled ‘Aazmake Na Dekhi’ which is all set to release soon.

Singer Shahid Mallya has lent his voice for the song and the lyrics have been written by Sapinder Singh. The music is composed by Rahul Munjariya who has been a composer for many Gujarati films like ‘Pratishodh’ and ‘Navri Bazar’. The romantic single is helmed by Dhwani Gautam who is known for his directorial ventures ‘Romance Complicated’, ‘Tuu To Gayo’ and many other Gujarati films. The song was extensively shot in Ahmedabad.

Malhar Thakar who stunned everyone with his debut film ‘Chhello Divas’ as a leading hero shared his excitement about the song. “I am really excited to be a part of this romantic song. I have done several Gujarati films. This is the first time I am a part of a music video. I can’t wait for my fans to see it”, said Malhar. Well, we are really excited about this much-awaited song and we can’t wait to see his chemistry with Khushi Shah in the song.