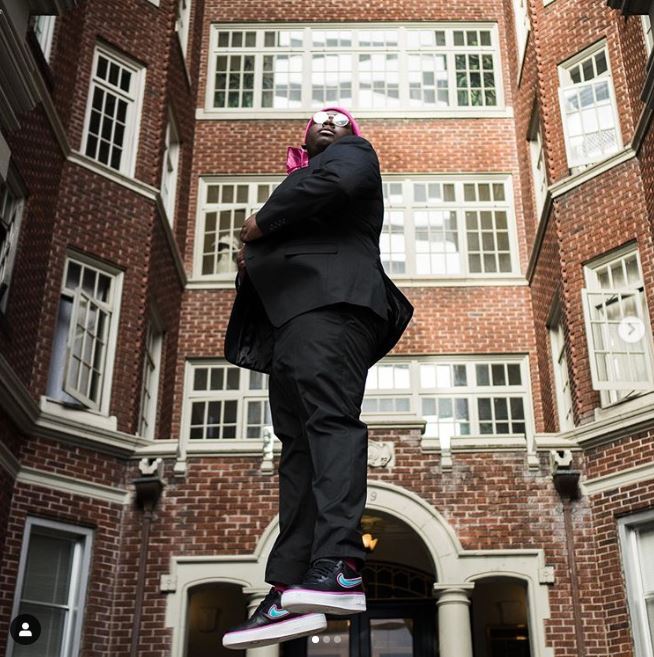 PORTLAND, Ore. (KOIN) — Tamaryah “Twixx” Williams is taking over Portland’s music scene, but you won’t find him on stage. Even though he grew up playing the drums, he’s more comfortable behind the camera, creating music videos and encouraging other young artists.

The 17-year-old just graduated from Jefferson High School this spring. Twixx has been interested in photography and videography for years, making short movies on his iPhone and helping his mom with her show on Open Signal, Portland’s community station.

Twixx Williams just graduated from high school, but he’s already making a name for himself in the world of music videos. Courtesy: Twixx Williams/Instagram

“With the show, you’re really hands on with the equipment and stuff,” Twixx said. “So that kind of sparked what I was doing at home.”

He shot and edited his first real estate video on his phone when he was a freshman in high school. He saved up money and bought a camera, all the while getting his name out there.

“When I went to concerts and stuff around town, I seen some of the local artists and was like, ‘Yo. Your music’s really dope, let’s work together,’” he said.

While many high schoolers might be nervous approaching people like that, Twixx excels at putting himself out there. He even went to Los Angeles about two years ago to do a video shoot for Malcom Drummer, a model and reality TV personality. Twixx made lots of connections while there, has been back twice now, and plans to take a gap year to spend more time there.

“As you meet people you never know how they’ll benefit you or how you’ll benefit them,” he said.

While Twixx is inspired by other artists’ music videos, he describes his own style as “different and surprising.” He uses transitions you might not expect, like zooming in through the lens of someone’s glasses to change scenes. He’s also inspired by cinema, and would like to transition into movie-making someday.

What’s with the pink beanie?

Twixx’s logo on his videos is a pink beanie. You can also find the image plastered on his laptop. And he’s got a pink beanie embroidered on the pink beanie he wears.

“A lot of people know me from the pink hat,” Twixx said. “The reason why I wear the pink beanie is because I want to empower other people, other youths, to do something that they love and stand out. So the whole motto is ‘stand out to make a difference.’ So it’s wearing pink, choosing something really bright to show people it’s nothing but just a color.”

Empowering young people is a big deal for Twixx.

“I feel like it’s important that I work with people who are the same age as me, or younger, because I was in their shoes once too,” he said. “So I feel like me working with the younger youth … lets them know, ‘Hey, I got you.’”

A thriving environment for creators

For a young creator with limited resources, Portland and the surrounding areas are a veritable playground. There’s no shortage of stunning backdrops for Twixx’s videos. The community is also eager to help.

Case in point: KOIN 6 tagged along with Twixx on one of his most recent shoots. He originally planned to record @wavyjosef singing on a loading dock across from City Liquidators in Southeast Portland. That’s when the owner of City Liquidators pulled up and, out of the blue, asked if he’d rather record on their roof.

The answer was a resounding, “Yes.”

So while making videos may be an expensive endeavor in many ways, Twixx encourages young people to “use what you got.”

“Get out there. Trial and error,” he said. “It’s not gonna happen tomorrow. You know, it’s gonna take time for sure … (but) don’t ever let nobody’s opinion stop what you’re doing.”

Twixx shot a recent music video on top of the City Liquidators building in Southeast Portland (Courtesy: Twixx Williams)Remember to follow KOIN 6 News on Facebook, Twitter and Instagram. Download our free news and weather apps for the latest headlines and forecast information.