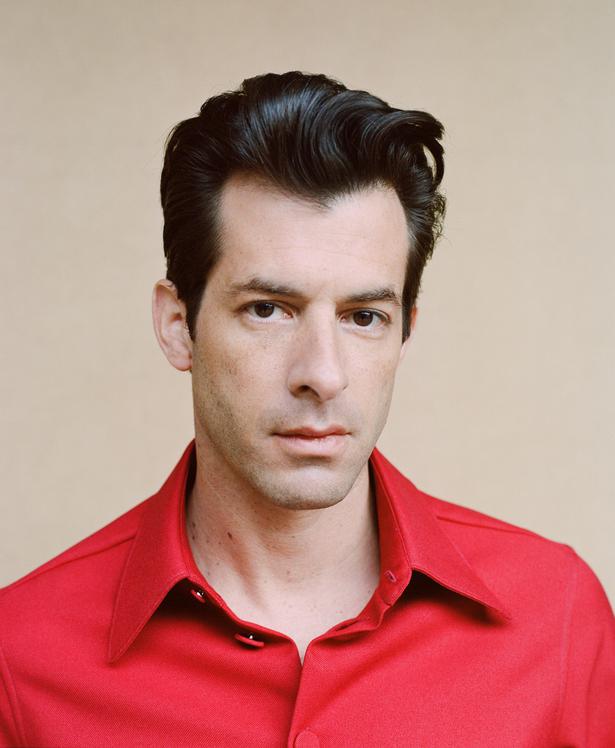 Mark Ronson’s usually melancholy eyes are smiling as he talks about his new album. On it, the female energy is palpable — unsurprising given his back catalogue, working with some of the most successful female recording artists of our generation — Adele, Lily Allen, Erykah Badu and Alicia Keys, to name a few.

Earlier this year, the 43-year-old British-American music producer, DJ, and songwriter cleaned up in the awards season, winning a Grammy, Golden Globe and an Oscar for producing and co-writing alongside Lady Gaga, Andrew Wyatt and Anthony Rossomando for their hit power ballad Shallow, the theme song to Bradley Cooper’s directorial debut, A Star Is Born.

READ: The Inimitable Marlon Williams On His Mercurial Year

He’s the musical maestro behind most of Amy Winehouse’s momentous 2007 sophomore record Back To Black, the pair each winning their first Grammy Awards for their efforts.

Five years later, he’s back with a much more introspective mood. Late Night Feelings, released in June, is a cathartic release of sorts; a therapy session addressing the things that keep us up late at night — mostly matters of the heart.

His divorce last year from French actress Josephine de la Baume may have added further fuel to the album’s collection of what he describes as “sad bangers — songs you can dance and cry to”.

“I think at the end of the day everybody has gone through some kind of heartache. Everybody knows that feeling and everyone channels into it. That’s where you know you get the good stuff.”

Sitting across from me in a quiet Sydney studio during a whistle-stop tour of Australia to promote his fifth studio album, his face naturally falls into a pensive state. Mark is reflective about his latest body of work and the delicate process of making pop music with feeling.

“I’ve gone through so many stages. When I was 15 playing in bands, that was the rave era, so we all wore those baggy jeans and GAT [Gypsies and Thieves] t-shirts. When I was DJing in my 20s in downtown New York, I was wearing typical white boy DJ s*** — a cool t-shirt from Stussy with some jeans. It wasn’t until my early 30s, meeting the Dap-Kings and Amy [Winehouse], that I was doing this 60s suit thing.

“Recently, I had just come from a meeting and went into the studio for the first day with Yebba. I was dressed in this 1970s suit, what I thought was a pretty slick suit. The next day I just was on my New York s*** wearing a Knick’s leather bomber jacket and jeans. This is only the second day I’d met Yebba, and she says to me, ‘Yo um, don’t take this the wrong way. I kinda like you more when you dress like this because the other s*** looks like you’re trying a little hard.’ “I’m 43, in the studio with these young kids all the time. Of course, I can’t pull off the same fashion-forward gear Troye Sivan and A$AP Rocky can pull off. I’m trying not to dress my age yet but to not look like a skate dad too,” he says drily.

Born in London and raised in New York, Mark grew up surrounded by creative women, including his mother, the jeweller Ann Dexter-Jones; and twin sisters Samantha, a DJ and Charlotte, a fashion designer. His transatlantic family also includes his stepfather, Mick Jones from Foreigner and uncle Gerald Ronson, the British real estate tycoon. Well-connected, yes, but when it comes to his musical collaborators, he’s selective.

“It takes a while sometimes, because you’re looking for who your sparring partners are. I was working on this record or at least trying to start working on it before I really knew who would do the songs justice,” he explains. “I didn’t know what kind of record I was going to make, I certainly didn’t know I was making a break-up record. I just knew that, ‘Oh s***, clock’s ticking. I’ve gotta follow up Uptown Funk. What am I going to do?’”

The title track, Late Night Feelings, is a disco-tinged track combining the yearning vocals of Swedish singer and songwriter Lykke Li and features a thumping bridge:

My heart keeps pulling in the wrong direction,

I’m about to cross the line.

Looking for the wrong affection, night after night.

Trying to find a new distraction, want to make it last all night.

Everything that I’ve been mixin’

All mixed up inside.

“My last album, Uptown Special [2015], was produced by Jeff Bhasker who met Lykke in the time between that album and this album and they had a beautiful 3-year-old boy. They’ve since broken up and she wrote her last album about their break-up. She became one of the driving forces of my new record. Simultaneously sad and hopeful, the songs on the album encourage the idea of dancing out the sadness. It’s a personal approach for someone who doesn’t sing on the record, yet Mark’s ability to play and arrange music with an ensemble cast makes it a diverse and surprising listen.

“What’s cool is everybody’s lyrics, emotions and life’s experiences are in this soup. Yebba for example, was grieving the loss of her mother, so she channelled that a bit. Miley’s really got behind a lot of the issues she believes in, including LGBTQ issues and gun control, so that informed the direction of the music video for Nothing Breaks Like A Heart.

Sad songs are nothing new, yet the album does highlight pain as a source of creative inspiration for a musical genre more associated with an upbeat personality. In an interview for Nylon magazine in 2015, the artist Audrey Wollen explains her take on the term ‘sad girl theory’, a concept that views female sadness and self-loathing as not a singular experience to be ashamed of, but a form of empowerment to ultimately unite women. “Feminism should acknowledge that being a girl in this world is really hard, one of the hardest things there is,” Wollen said. “Our sadness is actually a very appropriate and informed reaction.”

While the sad girl phenomena has its sticking points – i.e. self-indulgent, exclusive to class and socio-economic status, it’s hard not to avoid its connection to music. Female voices like Lana del Rey, Cat Power, Lykke Li, Lorde and Billie Eilish dominate the musical landscape with carefully crafted songs about being sad.

It’s also serendipitous that Miley Cyrus sings about the world hurting you and how “It cuts you deep and leaves a scar” on the Dolly Parton inflected song Nothing Breaks Like A Heart, the album’s first single released in December 2018. “There needs to be more power in the hands of the artist,” says Mark. Photo / Derek Henderson

It was followed a few months later by Miley’s performance as the fictional, pop-star Ashley-O, whose image is distilled into a marketable robot doll that takes over her life in the fifth season of sci-fi drama Black Mirror. Tackling the issue of the pop industrial complex and the supposed soullessness of pop music, Ashley-O’s poppy hit single On A Roll might sound like an innocent song about empowerment, yet the song is an adaptation of the 1989 song Head Like A Hole by Nine Inch Nails, which lyrically explores themes of betrayal and angst. The episode is also a not so subtle reference to the #FreeBritney movement instigated by Britney Spears fans in support of freeing the troubled singer from a court-approved conservatorship following her very public meltdown in 2007.

Mark’s hope for artists’ future is that they have more creative control over their work. “There needs to be more power in the hands of the artist,” he says pensively. “The pop music industry is changing so quickly now. Everything is so instant. The old school industry heads have way less power now. It’s definitely more weighted in terms of the artist.

“Look at Little Nas X and that song Old Town Road. It’s the biggest song in recent years because that’s something he made by himself and it came out of nowhere. The way Ariana Grande has a break-up, tweets about it the next day, then suddenly, Thank U, Next is out and then there’s a video two weeks later. There’s so much more empowerment of the artist to do s*** on their own terms. Nobody expected Billie Eilish to sell 380,000 copies of her album in the first week.”

When he’s not putting the spotlight on the next generation of pop artists, Mark spends his time mostly living in LA, where the majority of his work is — but he still pines for the East Coast. “My soul is in New York. I miss New York very much and hopefully at some point I get to live back there.”

Today, he’s happy to be in the neighbourhood. “Australia and New Zealand is such a great territory for me. This part of the world really kept me afloat, especially during the Bang, Bang, Bang/Somebody To Love Me era of 2010. New Zealand was the first place Bang, Bang, Bang blew up first. Like, my record company in the US thought, ‘Oh here’s another weird record from Mark’ but I remember doing a phone interview with a New Zealand radio station and walking down the street in SoHo and they were so excited. I thought, ‘Wait, they’re excited? Like, this is going to be a hit somewhere?’”

As we end the interview, we step away from the darkened studio and into the sunlight to take Mark’s portrait. “You’re quite the multitasker, aren’t you?” he observes as I hand him a Prada jumper to wear over a white T-shirt and jeans.

Crouching against a green wall, photographer Derek Henderson stops mid-way through shooting and says, “S***, you have sad eyes.”

“I’m a sad guy,” Mark says, before breaking into a smile.

• Late Night Feelings is out now.