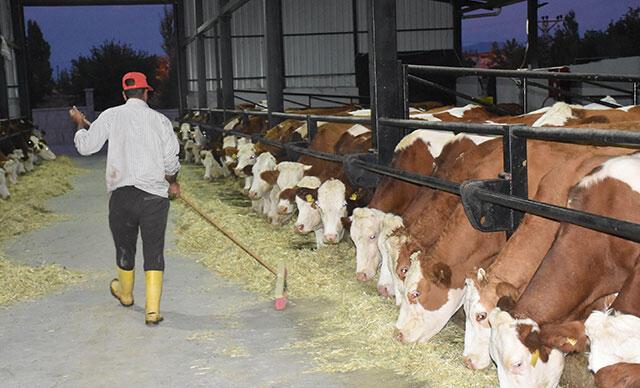 Classical music therapy has increased milk yield of cows some 5 percent on a ranch in Turkey’s eastern Malatya province, a breeder has said.

Mehmet Akgül, a 57-year-old cattle breeder from the district of Yazıhan, started to make cows listen to classical music in order to increase the milk yield in the farm where there are 150 animals. With the help of speakers that he set in his stock, he made animals listen to music at specific times.

“If this music provides relaxation on humans, so I thought that why wouldn’t it work on animals? I set up a music system and observed the increase in the milk yield. Whatever kind of feed you give them, the important thing is to relieve the stress from the animal,” Akgül said.

“This way I saw there is a significant increase in the yield and also the health problems of animals have decreased,” he added.

“I am thinking about doing a better and a larger scale to increase this percentage more. Dairy producers and other animal breeders should try this as well. Do not use the high quality of feeds and try to increase the milk yield. There is no cost in the experiment. Just try the classical music or Turkish art music, you won’t lose anything.”

“Animals need to be healthy and peaceful in psychological and physical terms. In this situation, we came up with the idea of applying classical music therapy to animals. When we look at the results, we can see there is an increase in the milk yield and decrease in the diseases,” he said.

“We will think about doing live music performances and feed animals for prizes,” said Doğan.

He also said that they are planning to give the animals massages with techniques from Far East countries.