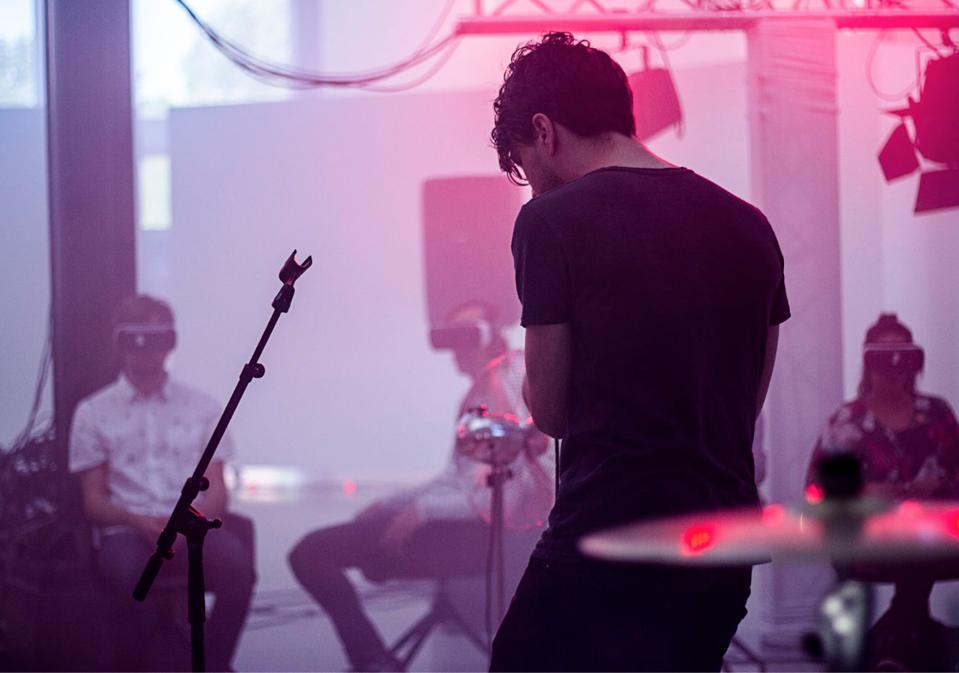 On September, 25, 2019, the band Miro Shot performed a live Virtual Reality concert to a select group of booking agents and music industry professionals as part of an exclusive showcase for IFF (International Festival Forum) in London, the annual meeting place for booking agents and major music festivals discovering emerging artists.

Bands such as Miro Shot are exploring new tools and techniques to bring their music to audiences in a way that would have been impossible before the recent breakthroughs in immersive technology and VR. We were skeptical until we saw this mind-blowing video.

“Before we even started playing live we’d have people getting in touch to ask how they could invest in our startup,” said Roman Rappak, lead creative of Miro Shot. “But it’s not investors we want, it’s tech-saavy collaborators.” The visuals are contributed by collaborating VR artists, graphic designers and game designers. Rappak says it is more like a startup than a band. On Twitter they describe themselves a “AR/VR band/collective playing a brand new kind of immersive live concert around the world.”

Shortly after Miro Shot began to experiment with live music VR experiences, they were quickly signed by independent label AllPoints/Believe, management company East City Management and publisher Warp Publishing. This allowed the band to take the VR experience to a global stage, providing a unique opportunity in the VR startup space to share their mixed reality concerts with international performances in Hamburg, Paris, Amsterdam and London.

Miro Shot is much more than a band. Note the audience in VR headsets.

CONTENT, the VR concert by Miro Shot, has been supported by the band’s label, grants and private investors, allowing the project to develop independently. Since the project’s first public shows, it has attracted the attention of partners and brands. The band is endorsed by G-Technology, Razer and Native Instruments, with talks in progress to use either Oculus or HTC HMDs (head-mounted displays) for 2020, while still remaining true to their independent roots. 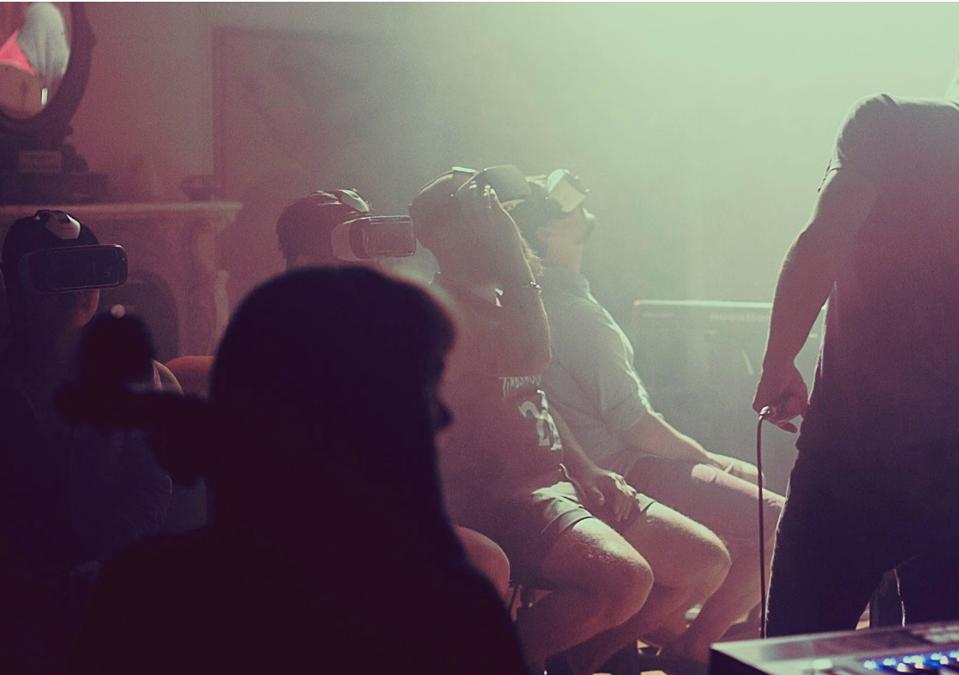 In a typical Miro Shot show the audience enter a room filled with projection mapping, dry ice, atmospheric lighting and the steady narration of acclaimed actor Erik Todd Dellums (The Wire, Skyrim, Fallout, Star Wars, The Dragon Prince). Once seated in VR headsets, the audience experience an audiovisual journey of virtual landscapes, live feeds of the concert, wind-fans, haptic seats and custom scents, all soundtracked by the band, add to what .

Throughput is limited to a maximum of 60 people per hour in VR. All the events Miro Shot has organized have been sold out. As an answer to the throughput limit, the band is working with Sinespace. The home version will have to develop a home version of the experience, which can be tied into their liver performances, which will soon give us all a chance to experience immersive entertainment experiences created by the pioneering ensemble.