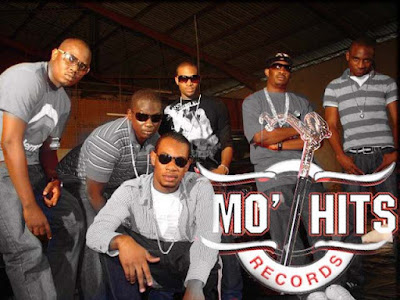 Olamide Adedeji, Nigerian rapper, says the establishment of
Mo’ Hits, a defunct record label jointly owned by Don Jazzy and D’banj, two
music stars, remains one of the best things to ever happen to the country’s
music industry.

In a post on his Twitter page, the gifted indigenous singer
said Mo’ Hits set the stage for the dawn of the nation’s contemporary music
industry.

The YBNL CEO also said that although the record label could
not stand the test of time due to crisis, its impact on the country’s music
industry would continue to resonate in years to come.

“Mo hits still one of the best thing to ever happen to
Nigerian music industry. Gave us good music and thought us how to carry our
brothers along. Even if they never come back together, still I say thanks to
Don Jazzy and D’banj rest of the team for motivating us,” he wrote on Tuesday.

Mo hits still one of the best thing to ever happen to NIGmusic industry . Gave us good music and thought us how to carry our brothers along. Even if they never come back together, still I say thanks to jazzy n banga n rest of the team for motivating us.

Mo’ Hits was founded in 2006 with Don Jazzy as its CEO while
D’banj emerged as its first recording artiste as well as co-owner.

The record label, during its active days, provided
opportunity for the emergence of several Nigerian music stars including Wande
Coal, Dr Sid and D’Prince.

It, however, ceased to exist after D’banj left the group in
March 2012 over difference in interests. In 2015, the DB records boss had
accused Dr Sid of  causing the record
label’s break-up.

Advertise on NigerianEye.com to reach thousands of our daily readers