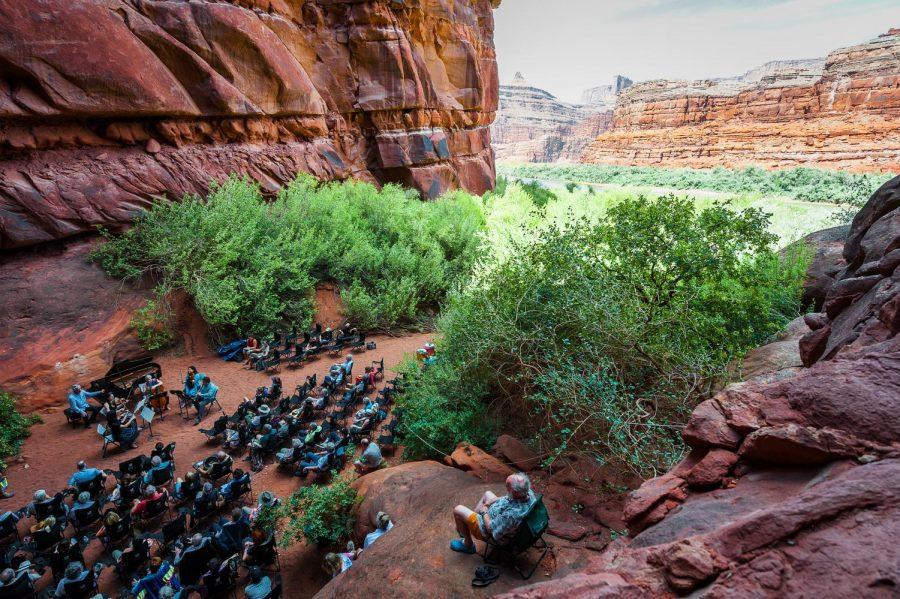 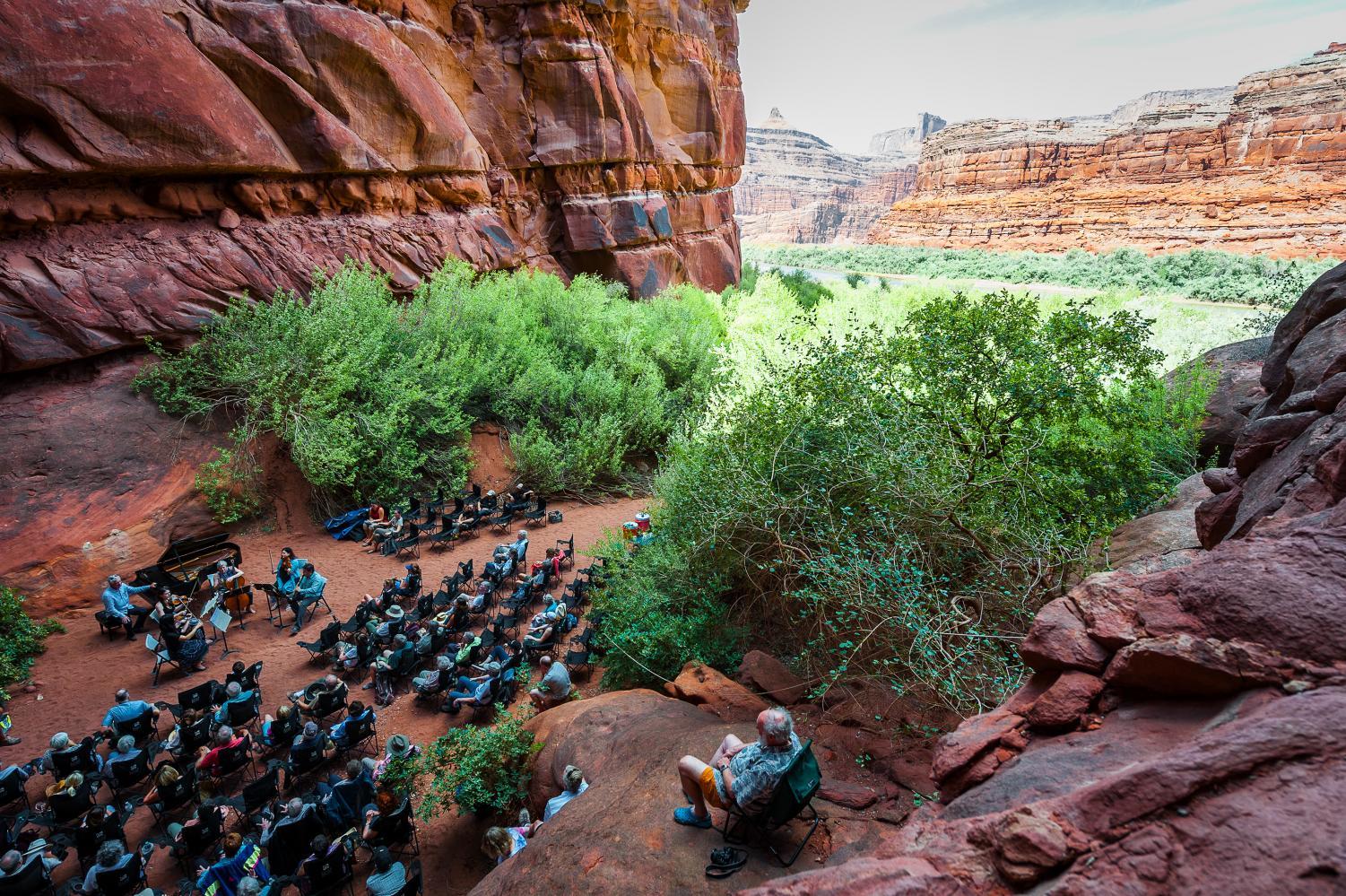 Entering its 27th year, the Moab Music Festival is, at heart, a celebration. Held each year over Labor Day weekend, outdoor enthusiasts and music lovers alike gather in the home of the red rocks to enjoy something few other locales can provide — music and nature in direct conversation.

Michael Barrett, co-founder of the festival, first visited Moab in 1990. The drive through the gorgeous red rocks led him back again the next year. He and co-founder Leslie Tomkins began discussing how Moab made for a great tourist attraction and kept you coming back. Both trained musicians by trade, they began looking for ways to marry their work and the location. The cornerstone of their vision is “music in concert with the landscape.” After all, Barrett said, “Why come to Moab just to go indoors to hear music?” 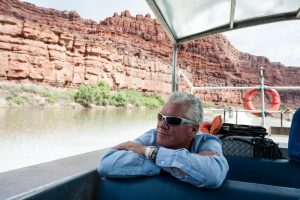 The festival started in 1993 and consisted of five unique events. Now, after nearly three decades of growth, the program has 25 events. Each event is uniquely shaped by the outdoors, from the instruments available to the acoustic space to the time of day after the show. The Moab Music Festival boasts some of ingenious experiences, including music hikes and musical rafting trips. The hikes take guests around different parts of the Moab wilderness and desert to various destinations, each with a separate programmed theme, such as an outcrop or grotto, for a performance by an ensemble of strings or wind instruments. On rafting trips, participants spend several days and nights rafting down local rivers and camping like true Utahans all the while accompanied by serenading violinists, flutists and even cellists.

Logistically, the entire festival is a feat of musical expertise. Nowhere in the country outside of Utah could you gather such talent — artists like Cynthia Phelps, Ayano Ninomiya and Charles Yang — within such incredible landscapes that complement their artistry. Each event also has its own focus and forethought — themes of love and loss, celebration and reverence. This thematic programming allows concerts to shine individually while fitting into the festival as a whole.

When asked about the many genres and styles the festival presents, Barrett said, “No rules here, except for variety.” Attendees can enjoy the widest variety of music, from classical compositions to “jazz with a Latin flavor,” reflecting Barrett’s personal tastes.

Just like the landscape around it, the Moab Music Festival is constantly in motion. Many pieces performed are new works, some of which stem from local composers. In addition to providing such a unique production, Barrett and his team strive to give back. Several of the performances are open to the public, and the festival works in tandem with the city of Moab and the people who keep returning.

Outside of the two-week festival, the Moab Music Festival holds education and outreach programming year-round. They hold performances at schools throughout the county, provide after-school programs and provide scholarships to local students of music.

Presenting such colorful programming outdoors in the splendor of southern Utah may seem hard to imagine. “The Moab Music Festival has to be experienced. There is nothing else like it!” Barrett said.

This year’s festival runs from Aug. 26 through Sept. 12. For any information on ticket prices or for individual events, head to their website or their Facebook page.