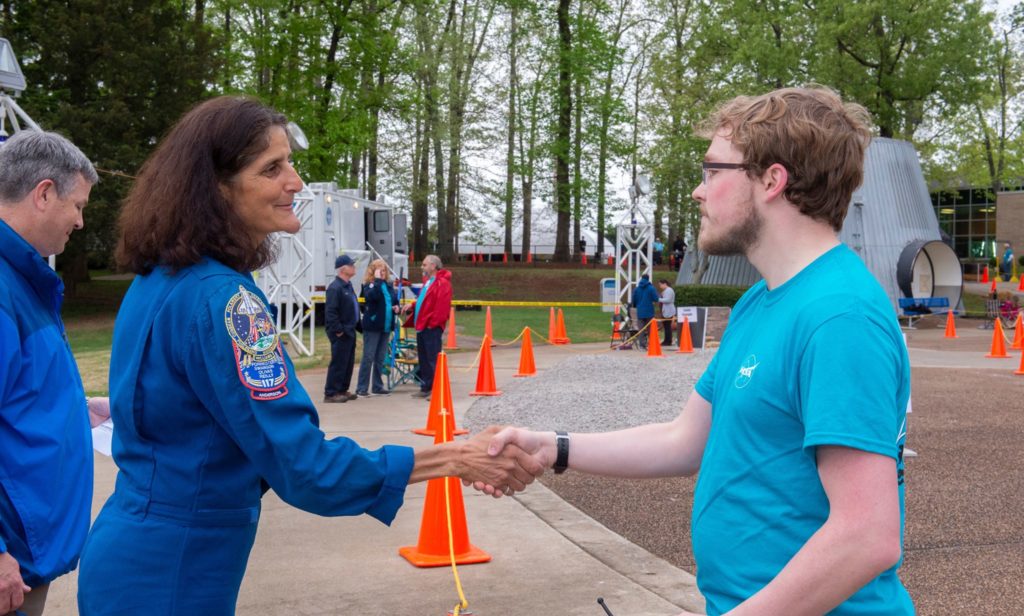 NASA astronaut Sunita Williams has spent 321 days, 17 hours and 15 minutes in outer space. On April 12, Williams attended the 2019 Rover Challenge at the Marshall Space Flight Center in Huntsville, Alabama. Josh Ross, a BYU mechanical engineering student, was an intern at the center and a volunteer at the event. The two met and shook hands.

This was just one of the unique things Ross experienced as an intern at NASA’s center in Huntsville.

Ross said he decided to look for something else to do for a semester break. He said he knew fewer people wanted to get internships during the fall and winter semesters. “The great way to get experience is to try and get it when no one else wants it,” he said. So he applied to 15 NASA different internships and got three interviews.

A day after his interview, NASA offered him an internship in Huntsville. “I knew I wanted to do something real, and it’s just so cool to think I’m with NASA,” Ross said.

When his internship was supposed to begin, and Ross had driven the 2,019 miles from Provo to Huntsville, he was met with a government shut down and couldn’t work.

Ross said he decided to use his time as best he could. On Martin Luther King Jr. Day, he drove to Birmingham, Alabama.

“It was cool to be in the city where those things actually happened on a day where we celebrate a leader of the civil rights movement.”

The government shutdown ended on January 28, 2019, and work resumed at NASA. “It was kind of chaos for a good two or three weeks,” said Ross, who began working on January 31 on the Mars Ascent Vehicle, a rocket that will be sent to Mars to return with soil and rock samples to study. A similarly-named vehicle is depicted in the 2015 movie, “The Martian” starring Matt Damon.

This image shows the 3D model of the Space Launch System that Ross made. (Josh Ross)

Ross specifically worked on structural analysis. He built models using the finite element method and used models to find the moments of inertia, centers of gravity and loads on the MAV during key mission phases, including Earth launch and Mars entry, descent and landing. The results of Ross’ analysis were used to determine key characteristics of the vehicle and make adjustments to it.

When Ross’ work on the MAV seemed to be coming to an end, his mentor tasked him with making a CAD model of the Space Launch System. The model Ross made is 3D-printed on a 1:100 scale, connected magnetically and stands about three-and-a-half feet tall. 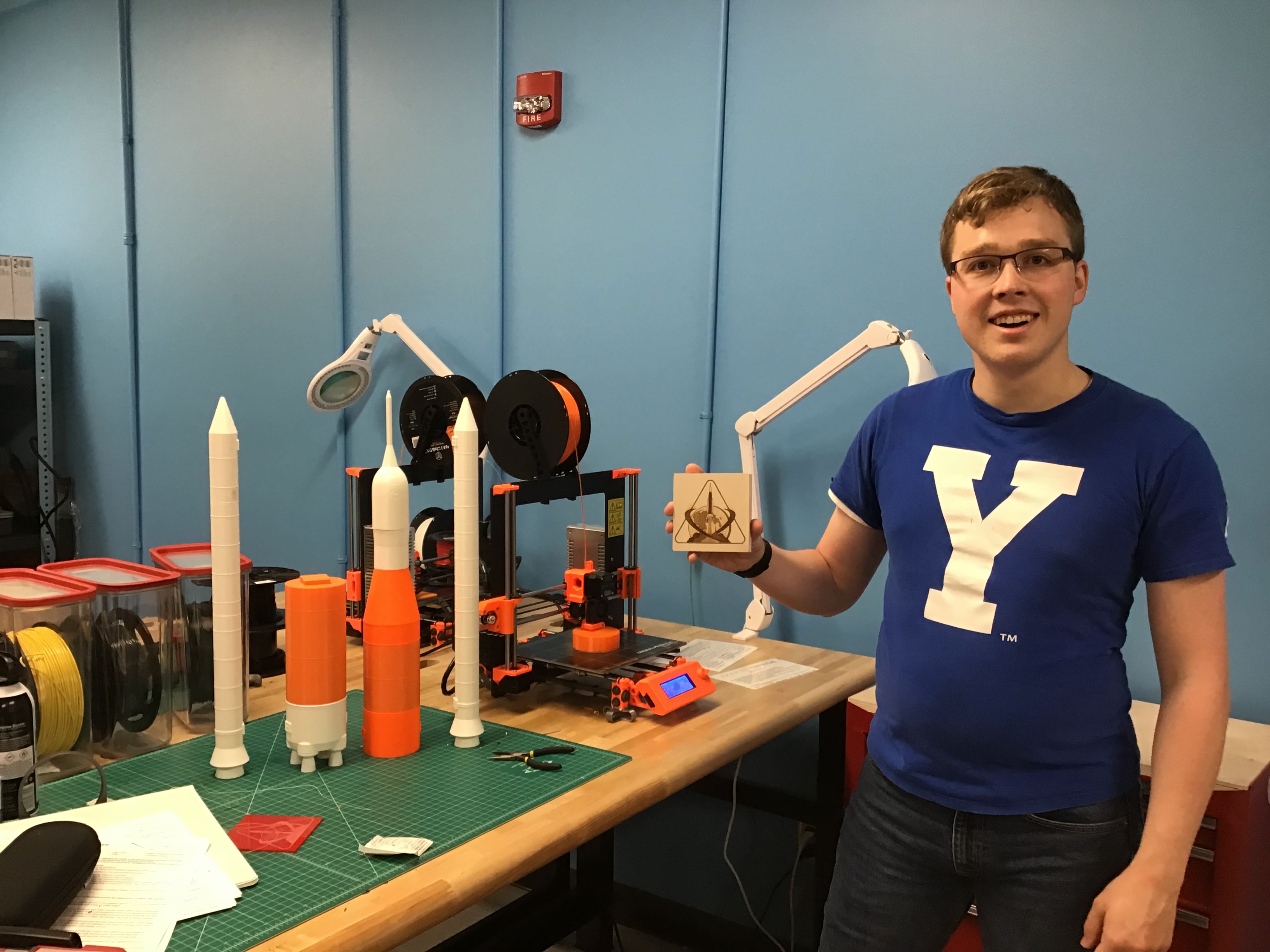 While living in Alabama, Ross did not only spend his time crunching numbers and building computer models of rockets, he also sang.

“I try and look for music in everything that I do. Even if I’m doing NASA stuff, music is still a priority.”

Ross received voice lessons and sang in three separate choirs, two of which were associated with local stakes in Madison and Huntsville, and the local university, University of Alabama Huntsville. While participating in these choirs, Ross was accompanied by a military band and also performed a solo recital.

Ross with his voice coach, Maya Osuga, and his accompanist, Eric Wilson, after his solo recital on August 2. (Josh Ross)

Ross’ time at NASA covered some landmark events like the historic March 26 meeting of the National Space Council where Mike Pence announced NASA’s new program Artemis, which will eventually launch humans again to the moon.

“With the Apollo mission, it was kind of a one-and-done thing. We went to the moon to prove that we could, and then we didn’t have any reason to go back. But Artemis is about going back to the moon to stay,” Ross said.

Artemis-1 will be the first flight of the SLS, the same rocket Ross created a 3D-model for and is set to launch in late 2020.

“Having now worked in the industry for a little bit and gotten a taste of what engineers do, I now know without a doubt that I want to be a mechanical engineer,” Ross said. “I belong among engineers.”