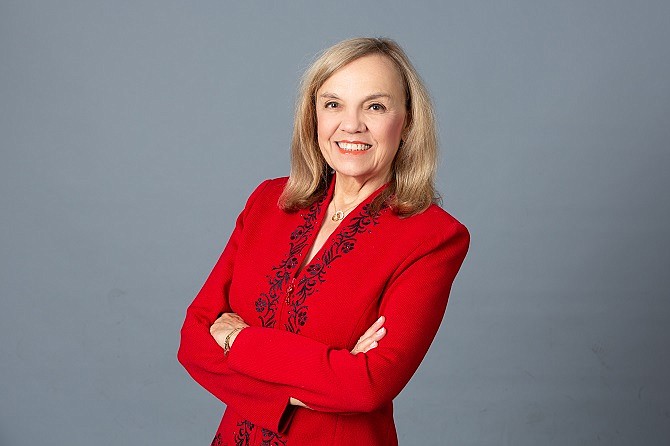 Longtime Music Center board member Cindy Miscikowski has been named to lead the organization’s board.

Miscikowski, a former Los Angeles City Councilwoman who served as vice chair of the Music Center’s board since 2017, took over as board chair Oct. 16. She replaces Lisa Specht, who had overseen the board since 2013. Specht moves into a chairman emeritus role with the board.

As one of her first moves, Miscikowski announced a five-year contract extension for current Music Center President and Chief Executive Rachel S. Moore.

“I am honored to become chair of The Music Center at a pivotal time for the organization, on the heels of the opening of our beautiful new plaza and as we work to redefine what it means to be a performing arts institution of the 21st century,” Miscikowski said in a statement.

One of the nation’s largest performing arts organizations, the non-profit Music Center works to serve the communities of Los Angeles through the arts.

Miscikowski joined the Music Center board in 2006 and has served as vice chair and chair of several committees and task forces. An active philanthropist, she has worked in civic roles for more than 35 years in Los Angeles.

“Having Cindy Miscikowski and Rachel Moore at the helm of The Music Center gives me confidence about the future of arts for all in L.A. County,” said Los Angeles County Supervisor Hilda L. Solis, who represents the First District, which includes The Music Center.

“I look forward to working with them and The Music Center to eliminate barriers and ensure greater access to the arts by increasing diversity, inclusion and engagement,” Solis added.

Moore assumed the role of president and CEO at The Music Center in October 2015. She oversaw the $41 million renovation of The Music Center Plaza, made changes to the organization’s now 33% diverse board and instigated growth in fundraising to make more events accessible to audiences throughout Los Angeles County.

“Guided by our new strategic plan and vision to champion the arts for all people, we are committed to all in the County and have wholeheartedly embraced our responsibility as a cultural anchor and vital civic institution in the heart of Los Angeles,” Moore said in a statement.

For reprint and licensing requests for this article, CLICK HERE.