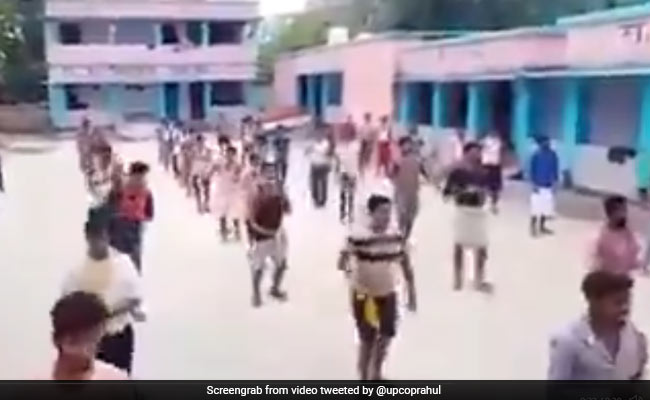 Watch how residents of this quarantine centre are staying positive.

Residents of a quarantine centre in Bihar were filmed standing in neat rows to maintain social distancing while dancing. A video of the activity – conducted to lift spirits and cheer inmates up as they isolate away from their families – has won hearts on social media.

In the video, residents of the Juafar Quarantine Centre in Siwan, Bihar, were filmed dancing to ‘Sandese Aate Hai’ from the 1997 film Border. Standing in five rows, they followed an instructor performing to the same song onstage. The 30-second video, which emerged online a few days ago, was shared on Twitter by Uttar Pradesh police officer Rahul Srivastav, who praised the “Covidance”.

“Residents of the Juafar Quarantine Center in Siwan in Bihar have kept their spirits up through song, music and dance,” Mr Srivastav wrote in Hindi while sharing the footage on the microblogging platform this morning.

The footage has been viewed over 3,000 times on Twitter, also collecting hundreds of ‘likes’.

“What a way to inspire,” wrote one Twitter user while responding to the clip.

The video has also been shared by many others on the social media platform who praised the quarantine centre residents for smiling through tough times.

Lakhs of migrants have returned to Bihar during the nationwide lockdown from cities like Mumbai and Delhi. Over 22 lakh migrant workers are estimated to have returned to the state through special “Shramik” trains. According to the estimates of the Bihar government, around 10 lakh people have also returned on foot and shared vehicles.