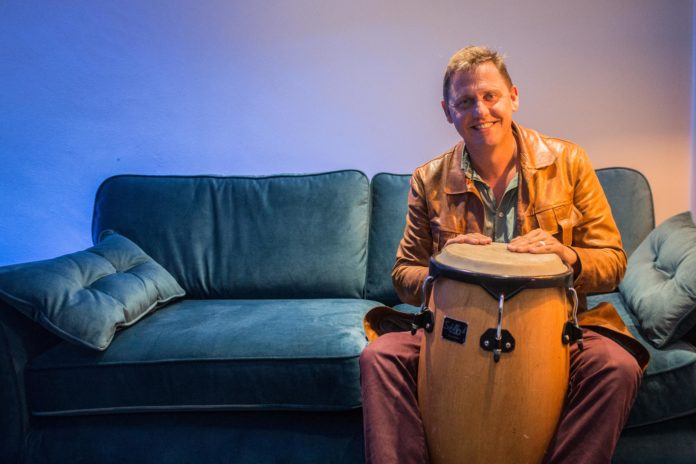 “MUSIC Generation is part of the national network of education providers and each one is arranged very differently, according to the different regions and areas,” explains Boris Hunka, who heads up the collective’s Limerick operation.

“We are not a music school. Our aim is to provide music for people who wouldn’t otherwise access it.

“Our core funding is for people under 18 but we run a lot of wellbeing programmes in the community in places including Limerick Prison, the psychiatric unit at University Hospital Limerick and the Novas emergency housing shelter at McGarry House.”

Initial approaches came from those on the ground, such as Garda diversion workers or the mental health services and from that, regular connections on a range of sites took root.

“The key is we go in with music so we don’t get the same resistance to authority that a lot of programmes have. We go in and are building trust, working with music.”

“We don’t get any guaranteed funding, only the promise of match-funding for what we raise locally.”

“Since we hit full capacity 2016, our stats are about four and a half thousand people a year. The scale of it is enormous.”

The dozen staff define themselves as a musician’s team: “We go in as a musician, rather than a teacher in the room  – that allows those doors to open.”

Hermitage Green’s Darragh Griffin, Protobaby’s Tony Monaghan and members of the Rusangano Family are on board.

“We are also very avowedly non competitive so we don’t do any grades or exams or competitions.

“Another important part of the role is creating and managing the team. We have schools and community sessions across the day, and then our after-school programme, subsidised at 50 per cent of cost. The trick is to make sure people appropriate for each session are available and doing it.”

“The mental health work came about partly as we realised we were working in that area anyway, without it being named, and partly because it’s a personal thing.”

Over years, the Music Generation head took out an MA in Psychotherapy in UL. It has been useful.

Out of that evolved another project, which involved musicians going to schools to engage with young people and helping them to handle anxiety.

MGLC got the national Youth Mental Health Award from Social Innovation for this initiative.

He is hoping to pioneer a new approach to the music and mental health arena: “bringing in more of a group process combining elements of community musicianship, music therapy and psychotherapy.

The plan is to have such a group meeting once a week at the Creative Centre in Athenaeum House on Upper Cecil Street.

“It’s not a new thing, that music has a strong mental health/ wellbeing component and it is talked about all the time, but actively harnessing in real way rather than talking about it is rarer.”

The funding model is every euro raised is matched by Music Generation nationally. There is a €25,000 allocation from the Limerick and Clare Education and Training Board, while Limerick Council’s Regeneration Fund is a vital fluctuating source of income driven by projects. The JP McManus Benevolent Fund has contributed generously, and schools contribute to the cost of sessions.

“There is a separate Music  Generation Limerick County coming on stream as technically, the county is not covered,” Boris explains.

Yet from Cappamore’s former Vocational School, the group is working with schools, summer camps and youth groups around south and east Limerick.

Back home, “We started just before City of Culture 2014 and rode the chaotic energy of that wave.”

All genres are covered – rock and hip-hop, classical music, a country element, metal, techno, trad. He especially rates the improvisational nature of jazz “setting up and not worrying about it and playing” as vital.

“Our defining achievement has been the work we do with teenagers. Every Saturday up to 70 teenagers appear at 10am and work in a very concerted way. This year we have seen the fruits of people who have been coming three or four years really bursting out. “

Musicians and groups who grew up under the aegis of MCLG include PowPig,  Strange Boy Nature, Hazey Haze, Mankky – respected artists getting national gigs and international recognition.

There is attention from music press and a second album, ‘Limerick Voices Vol 2’ of songs written by the teenagers.

“This is the first year that we can prove that it works, this non-directive approach and working in this way and bring wellbeing to people. Similarly, stories about people coming to us, extremely vulnerable who might have done their Leaving Cert or be going on to do an apprenticeship, but we know that without any shadow of a doubt that if our programme had not existed, they probably wouldn’t have kept on that path.”

“Our Saturday programme receives no regular funding at all as there are no fees involved. If we started charging teenagers, we’d see the back of them.”