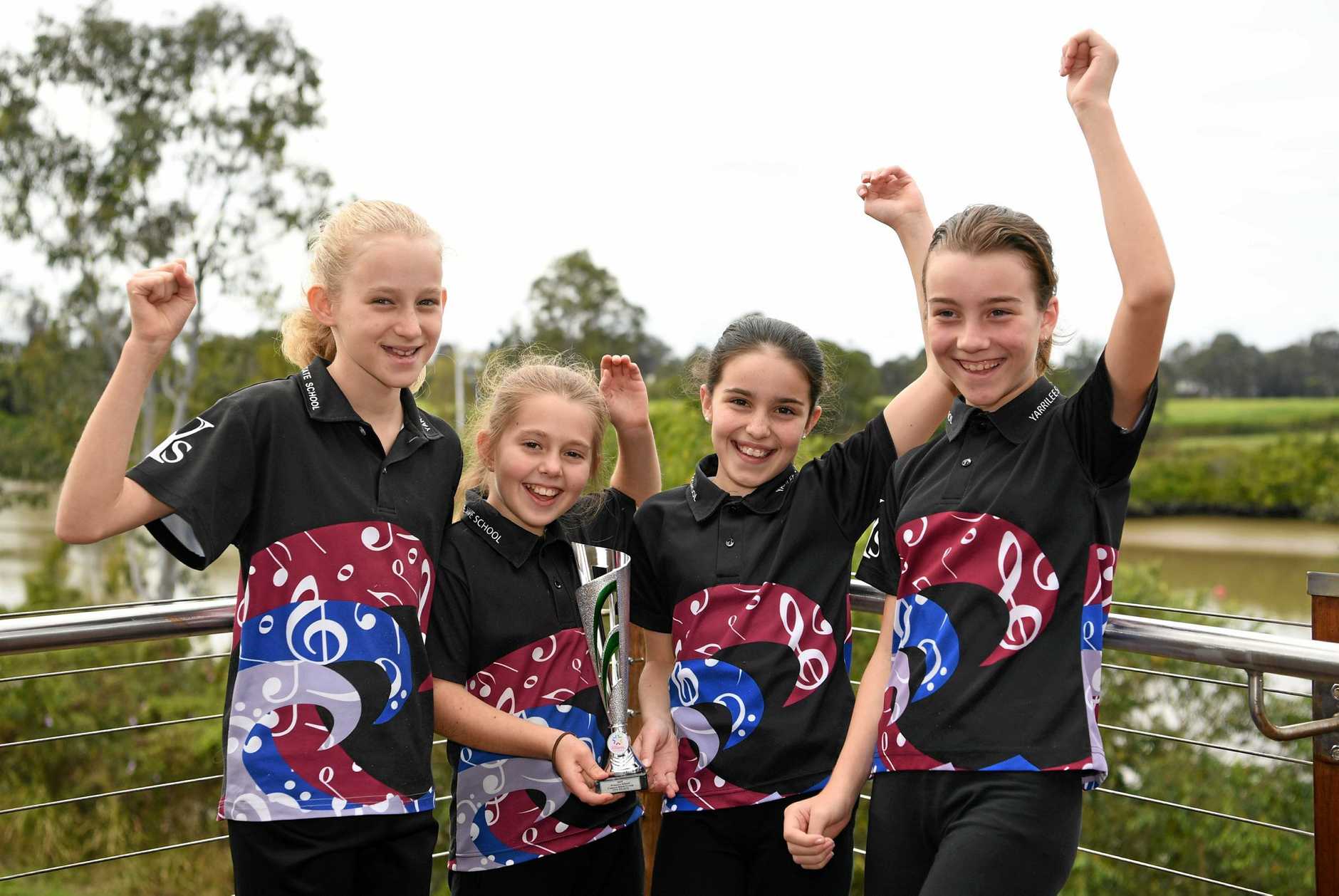 THE silence which filled the Brolga Theatre’s auditorium had the audience fixated on the conductor’s raised hand.

Poised bow strings rested in primary school-aged mini maestros’ hands, ready to bring the song which they had been practising for months to life.

They may have been some of the youngest competitors on the Maryborough Eisteddfod stage, but the pride in their craft provided showmanship beyond their years.

Music teacher Kerrod Wemyss watched on as not one but two school bands he had worked with since the start of the year took the stage.

The private lessons, months of preparation and outside-of-school practise sessions leading up to this moment weighed on his mind as he watched the students he had taught for the past two years do him proud.

The trophies were Mr Weymss’s first at the annual music competition.

“This is our big performance for the first half of the year,” he said.

“I am very proud of all the students I teach and their hard work has paid off.” Torquay State School Year 5 student Zoe Hinchcliffe has been learning the clarinet for the past two years after her brother inspired her to play.

Zoe took to the stage in her first performance in the Marybroough Eisteddfod playing Dragonfly and High Adventuring.

The 10-year-old said she was nervous beforehand and filled with happiness after.

“It has been a good experience,” she said.

“Before we went on stage I practised (silently) to help with the nerves.”

Yarilee State School’s Eva Templeton, a veteran eisteddfod performer, said she didn’t get nervous at all, but was excited to perform.

Eva said she had put in extra effort and felt this year’s performance was better than previous ones.

The Year 5 student, who has been learning both the flute and violin for two years, said she was over the moon with the band’s achievements.