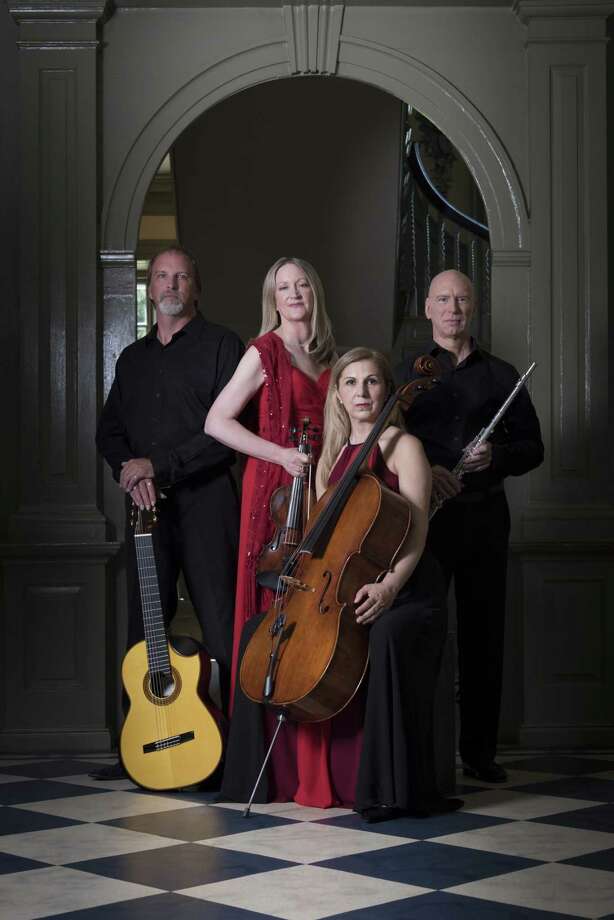 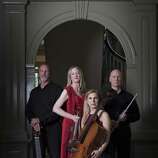 The next time somebody claims that classical music concerts are boring, bring them to one of Ann-Marie Barker Schwartz’s grand events. They’ll come away with a new notion.

In the 20 years since she established the Musicians of Ma’alwyck, Barker Schwartz has presented thoughtful chamber music concerts in historic venues across the region, produced operas and collaborated with composers, painters, poets, dancers and theater artists. Looking back on such a rich legacy, it seems that what Schwartz is really doing is telling stories

Certainly there are some good stories being told in the upcoming anniversary season. Just consider what’s in store with “Macabre Music” on Saturday at First Reformed Church in Schenectady. The ensemble will play a batch of new and classic works for the Halloween season, including Saint-Saens’ “Dance Macabre” in a charming arrangement by William Carragan, plus a new work by Max Caplan, who’s become the group’s unofficial composer in residence.

This will be the sixth iteration of the popular “Macabre Music,” and as usual with Barker Schwartz something new has been added. Actress Jessica Sims will weave together the musical selections with the sad tale from the late 1600s of Alice Van Der Veer. A daughter of Dutch settlers, Alice was caught with her lover sharing an intimate embrace in a garden. Her father shot the young sailor and dragged his hysterical daughter back home. An angry mob found the dead boy and then went after the Van Der Veers, burning them both at the stake. It’s said that during the first full moon of the summer, Alice’s ghost returns to Jackson’s Garden on Union College campus.

“Getting into the historical aspect of music or putting on events at sites with historic ties, it opens up a lot of possibilities for narrative with local connections,” says Barker Schwartz. “Music lovers enjoy the history and history people find a new way into the music.” It’s no secret that local history has gotten a boost thanks to the Alexander Hamilton craze prompted by the “Hamilton,” the smash musical about the American statesman who had so many ties to our region, including marrying Elizabeth Schuyler of Albany. While it only makes sense that Barker Schwartz would want to get in on the action, she’s not new to the material. The Musicians of Ma’alwyck have been in residence at the Schuyler Mansion since their inaugural concert in 2000. Their first CD, issued in 2017, is titled “Music from the Schuyler Mansion” and draws on their many programs of music from the Colonial era.

Coming up on Nov. 3 is another concert at the mansion, with the Musicians playing more music that the Schuylers and their circle would have known or heard. Yet here again, there’s more to it than that. The event is titled “Eliza” and it will feature actress and singer Eileen Mack in her own original narrative on the life of Elizabeth Schuyler, the daughter of Philip Schuyler and Catherine Van Rensselaer who married Hamilton in 1780.

“This was a question of how much story to tell,” explains Barker Schwartz. “She outlived her husband by almost 50 years. We’re focusing on her early years.”

The original program blends together music and song with narrative and musical underscoring. Two matinee performances are offered (at 2 and 4 p.m.) with a reception in between.

The subscription season is rounded out with two more concerts, each focusing on a creative figure of the past. “Celebrating Clara!” coincides with the Albany Symphony’s salute to Clara Schumann and takes place on Jan. 12 at St. Paul’s Episcopal Church in Troy. The program consists of the Octet for Strings by Woldemar Bargiel, who was Clara’s half-brother, and Brahms’ Sextet for Strings, which was dedicated to her. The season concludes on April 26 when the Musicians return to the Schuyler Mansion for “Should Auld Acquaintance Be Forgot.” The program with soprano Tess McCarthy centers on musical settings of the 18th century Scottish poet Robert Burns.

In addition to a stream of concerts brimming over with ideas and invention, regular patrons of the Musicians of Ma’alwyck have grown accustomed to special one-off events — happenings that transcend the concert format. This year it’s a Viennese ball with “orchestral music, a palatial setting and decadent food” (as the season brochure describes it). The date is “leap day,” Feb. 29, and the location is 90 State, the former National Saving Bank in downtown Albany. It’s a party and not a benefit, but admission will be north of $100 per person. So save your pennies, get out the formal wear and brush up on waltzing.

“I can’t believe we’re in our 20th season. I never pictured such longevity,” says Barker Schwartz. Yet she’s having no trouble envisioning more events.

“It’s kind of hard to turn me off because I love research,” she continues. “I have a huge list of things I want to do. There are so many connections – another composer pops up related somehow to an historical figure and you run with it. It’s amazing and infinite what you can do if you’re open to ideas.”