“Taken, taken so easily/To pass into glass reality/Transform, to transfer, to energy/I am a camera” – Yes, from “Into the Lens.”

I have a love/hate relationship with my phone. Often, I lean toward the “hate” side of the equation.

It urges me to work, even when I’m not supposed to be working.

It beats me over the head with horrible news, and suggests I’m missing something if I don’t mainline the horror, 24/7.

It flashes “Memory almost full” at me when I’m at my most defenseless, as if cruelly reminding me the years are flying by and the experiences piling up into who knows what.

It makes me feel guilty by reminding me of all the people I need to call back.

It doesn’t seem to want me to sleep.

But last week, I found something positive to add to the “love” column, adding to a short list that reads “Great way to stay in touch with my son, via Facetime,” “Holds a ton of my music,” and not much else.

Scrolling through the infinity of pictures I feel obligated to take, as if capitulating to the insidious implication that “Nothing really happens if you don’t document it,” I started to sense a story unfolding. Summer’s barely gone, but I’d already forgotten so much of it, it seemed, for these photos I’d snapped appeared like postcards sent to me by another man. Gradually, however, they coalesced into a narrative, and it dawned on me the story was my own.

I took comfort from this. That comfort soon morphed into the realization I’d had a pretty great summer. I felt something akin to gratitude.

I might not have remembered my season started with the Who playing with an orchestra at KeyBank Center in early May and came to a jubilant crescendo with the Borderland Festival in late September. The odds are high I would’ve let an awful lot of what happened in between disappear into the blur of constant motion that I casually refer to as “living.”

What follows is a view of my summer in musical snapshots, as viewed through the lens of the camera in my iPhone 6 Plus. (I know, I know, it’s time for a new phone. That fact goes in the “hate” column.)

The Who at KeyBank Center

This was special. A little bit wobbly at first, but in the end, magical. 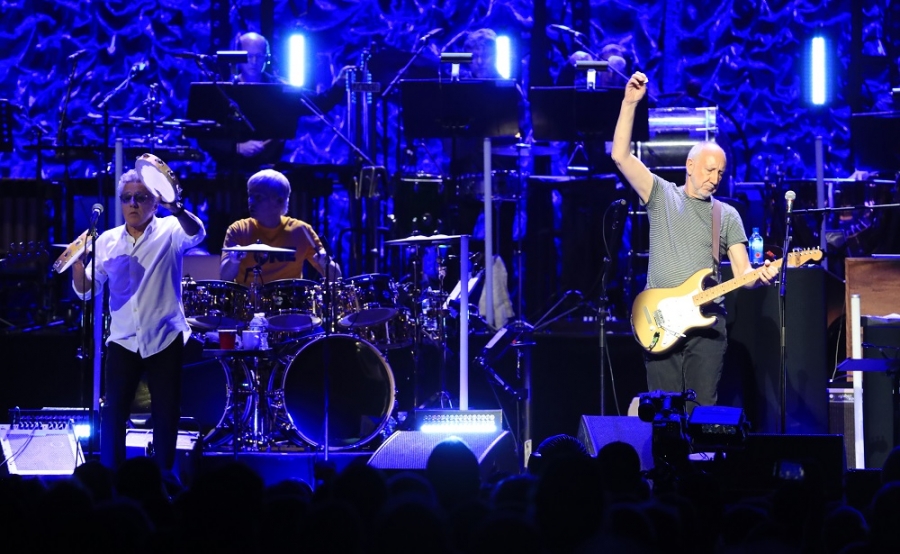 The Who at KeyBank Center. (Harry Scull Jr./Buffalo News) 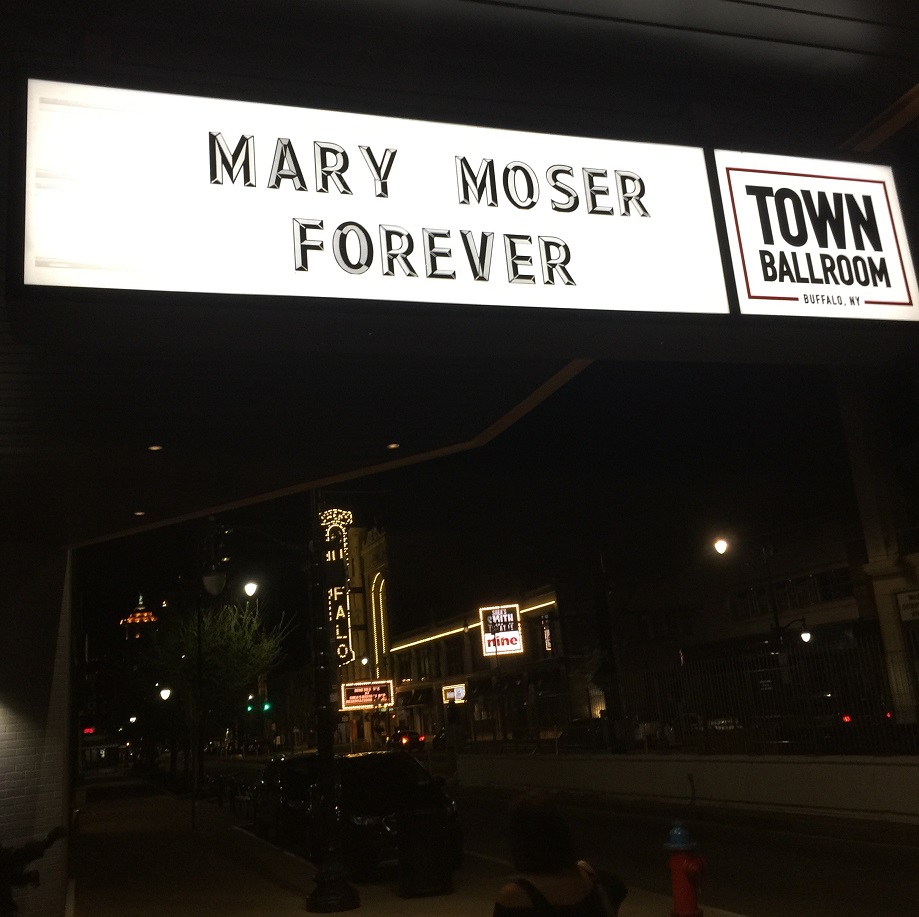 The marquee at the Town Ballroom. (Photo by Jeff Miers)

The Mary Moser Forever concert at the Town Ballroom

So many musicians and music-lovers came out to say farewell to one of the best friends the Buffalo music community ever had. 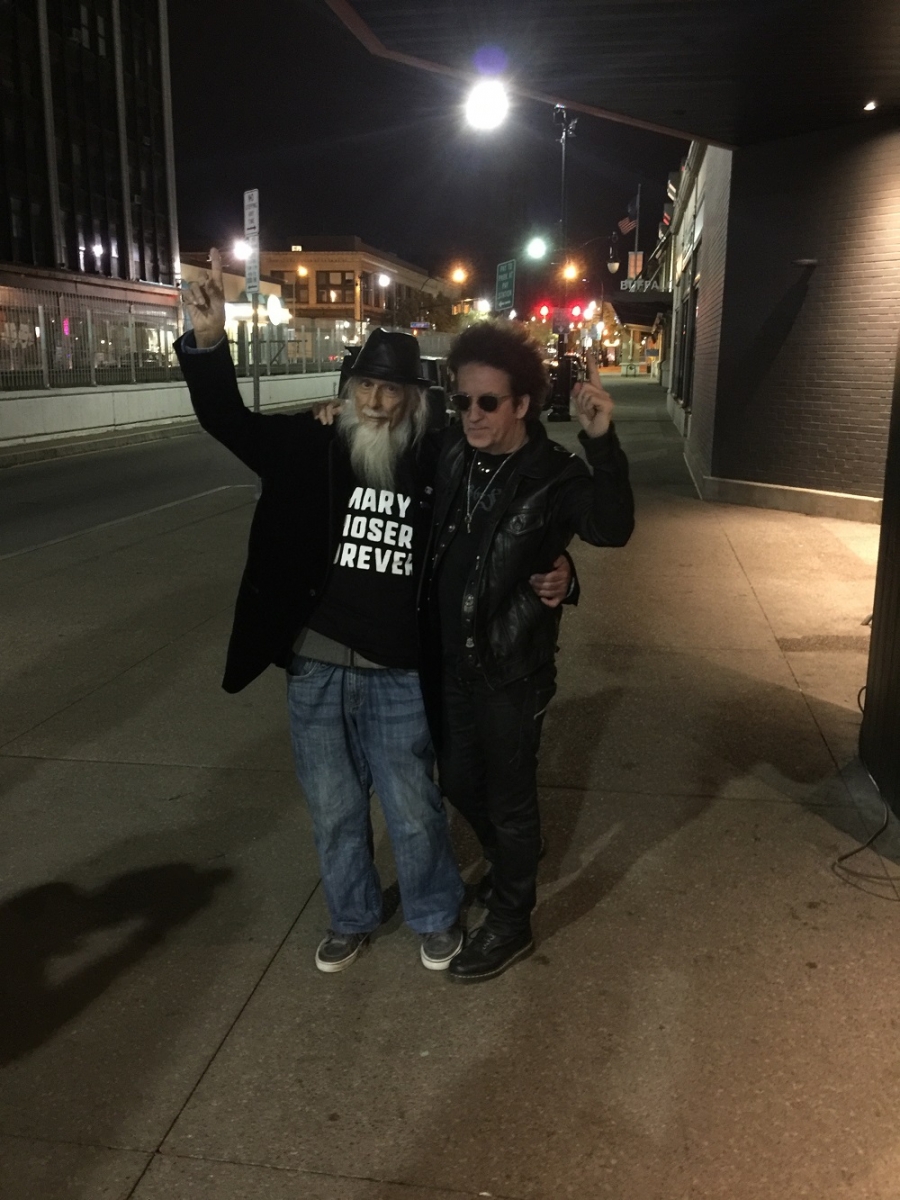 Pretending to be a pinball wizard, while “The Number of the Beast” blasts at you, all in an awesome spot overlooking the Buffalo river. Mmmm, great beer, too. Had a blast with my wife, Kim, and friend Kevin Kay. 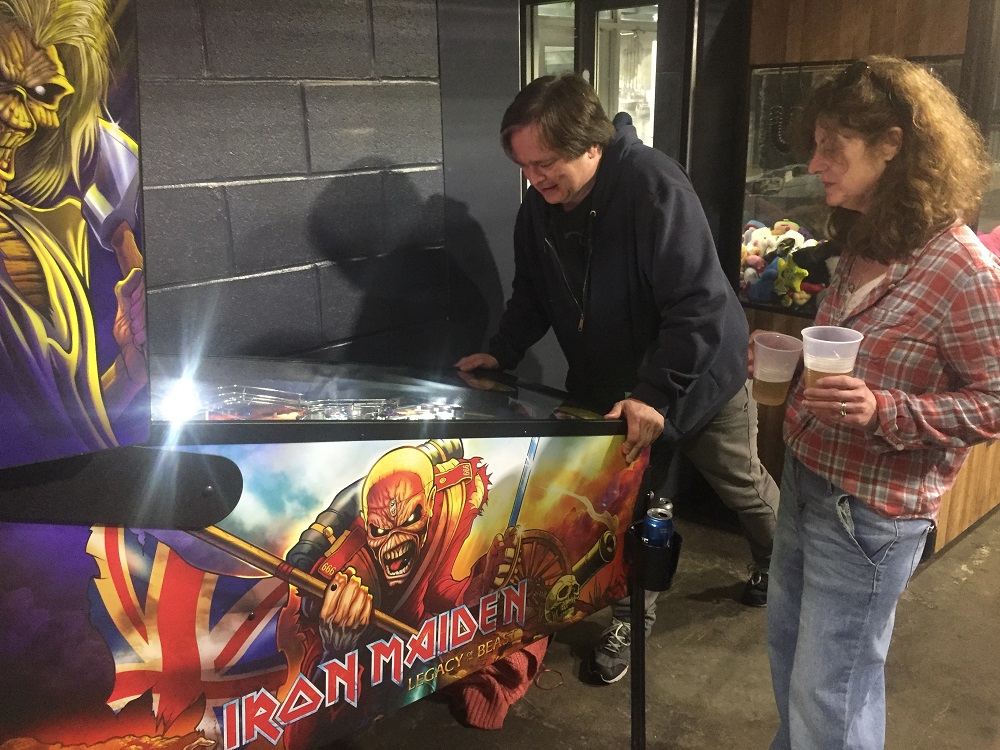 This afternoon hang in the Elmwood Village has become an absolute must-do for me. 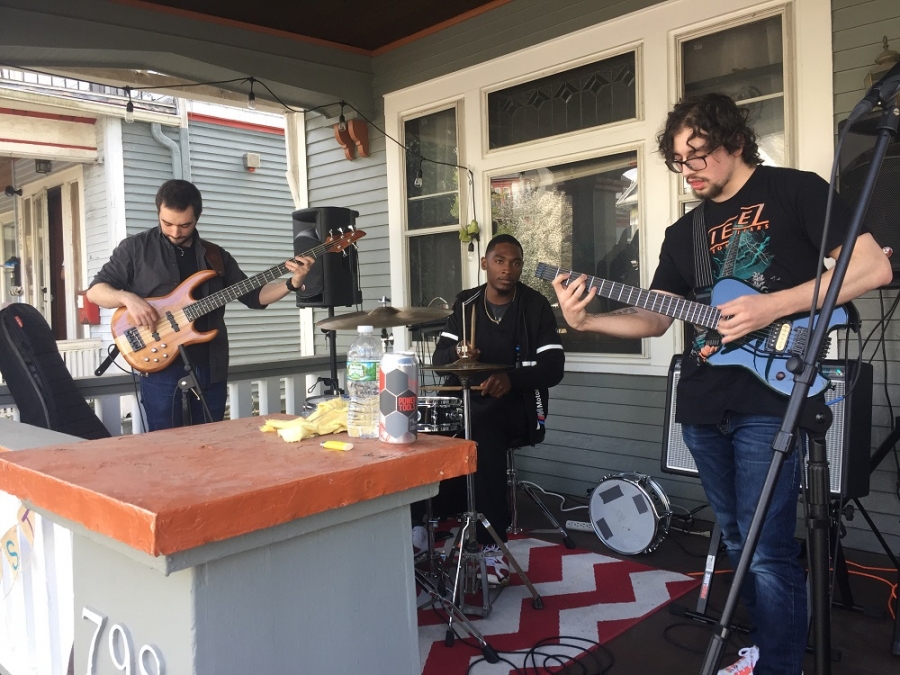 Notable for the fact Hagar was wearing a custom-made Buffalo Sabres jersey, and former Van Halen bassist/vocalist Michael Anthony was in his band. 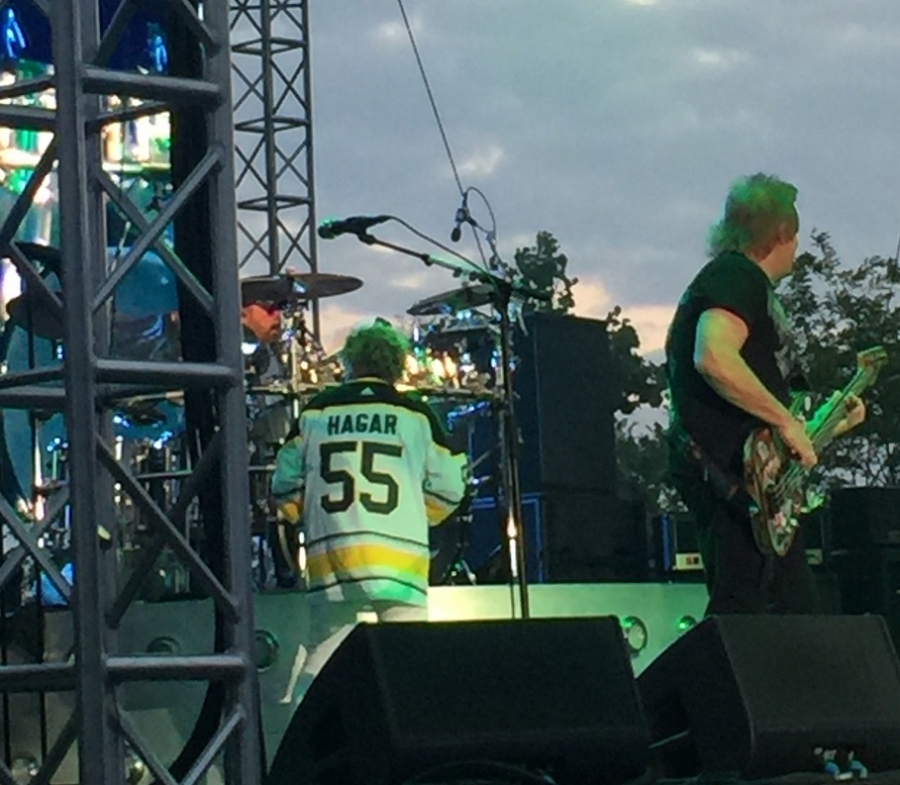 One of my favorite Buffalo bands playing the songbook of one of the greatest, most eclectic, indelible ensembles of all time. I wish I was a better dancer, but hey, we play the hand we’re dealt, right? 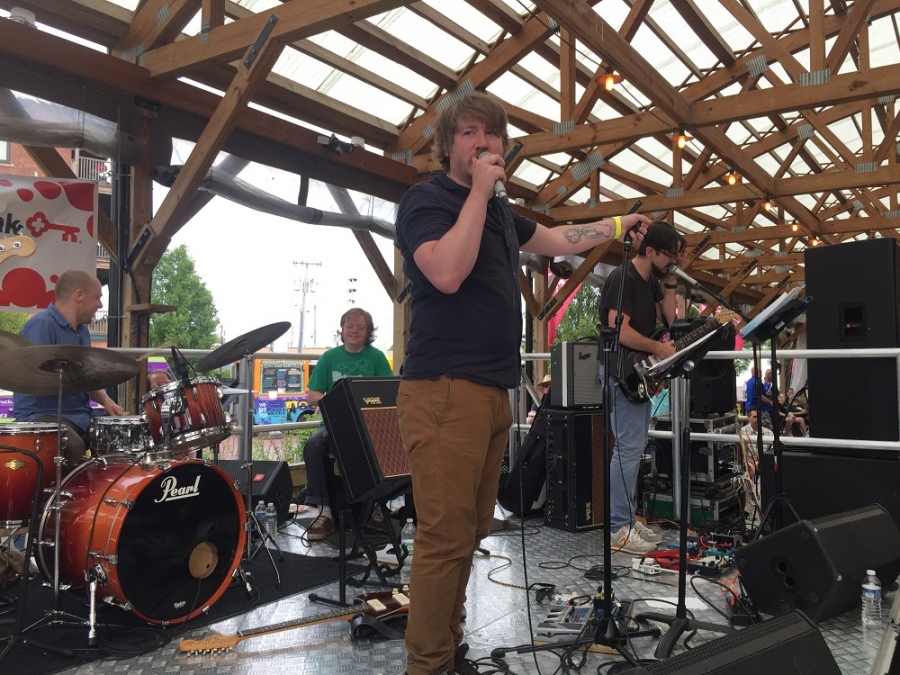 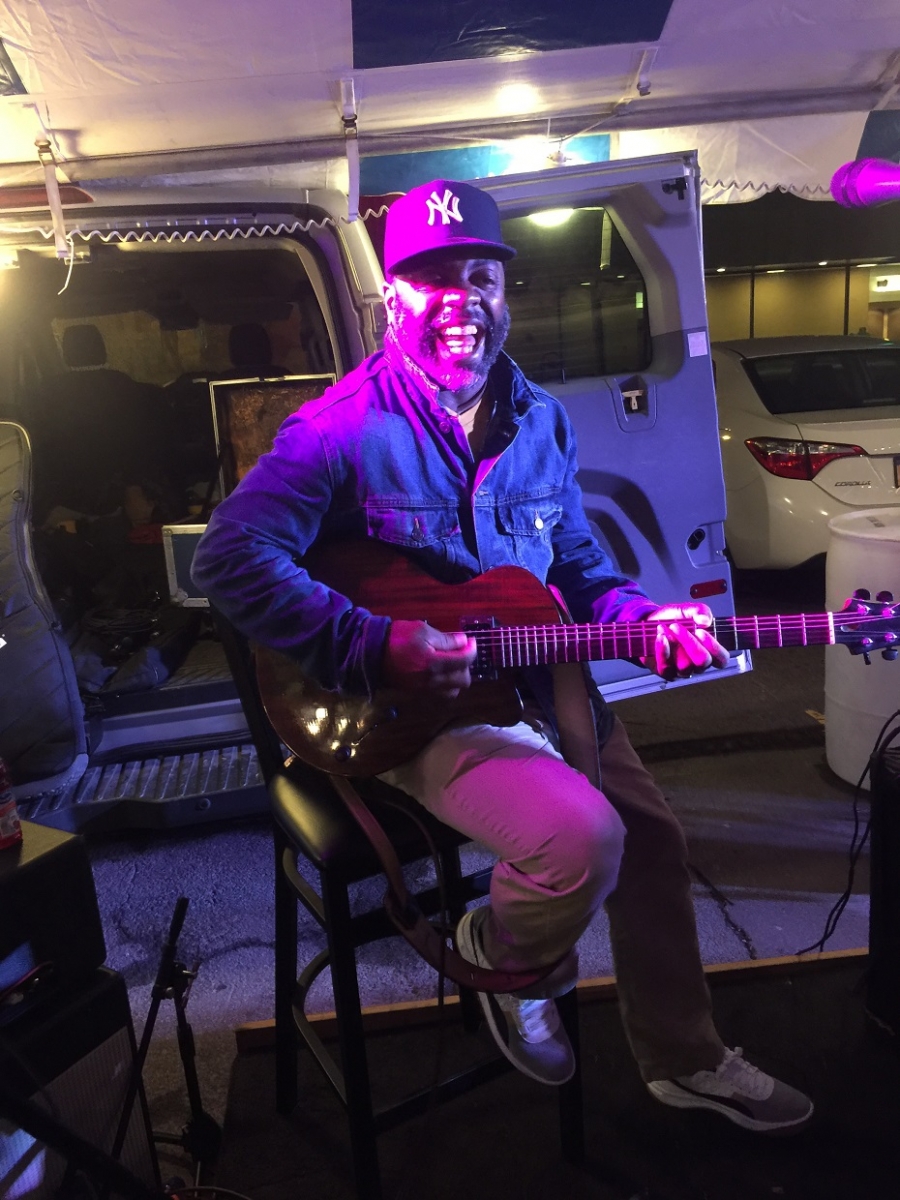 Notable because the venue is super cool, and our dear friend Michael DiSanto passed his guitar around so a bunch of us could sit in the with band. Drummer Carl “Flute” Johnson stole the show by proving you can be damn funky by only playing one note, in the right spot.

Tank and the Bangas playing Rockin’ at the Knox

An already great series upped its game this year by inviting one of the hippest outfits going to show us how to party right. Unforgettable. 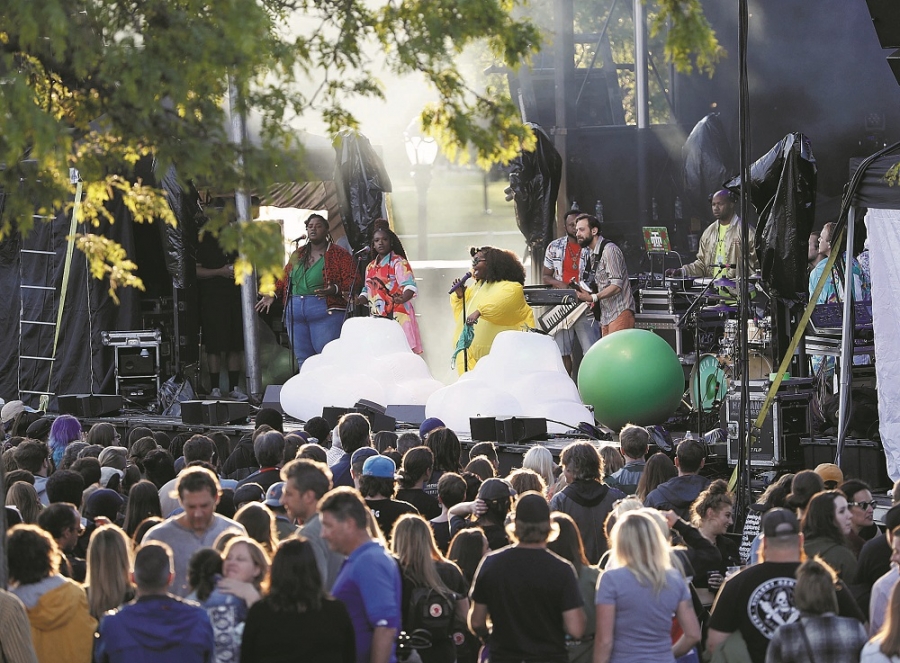 Tank and the Bangas performing at Rockin’ at the Knox. (Sharon Cantillon/Buffalo News)

Seeing the Damone Jackson Outcome for the first time

This band – drummer Damone Jackson, guitarist George Puleo, saxophonist Jason Moynihan and bassist Jack Kulp – has turned its Tuesday residency at the Central Park Grill into the stuff of legend. I seemed to be either working or playing every Tuesday, so it was with great pleasure I found the band playing at Old Man River in Tonawanda on a free Wednesday. One of the most exciting new groups in Buffalo, without a doubt. 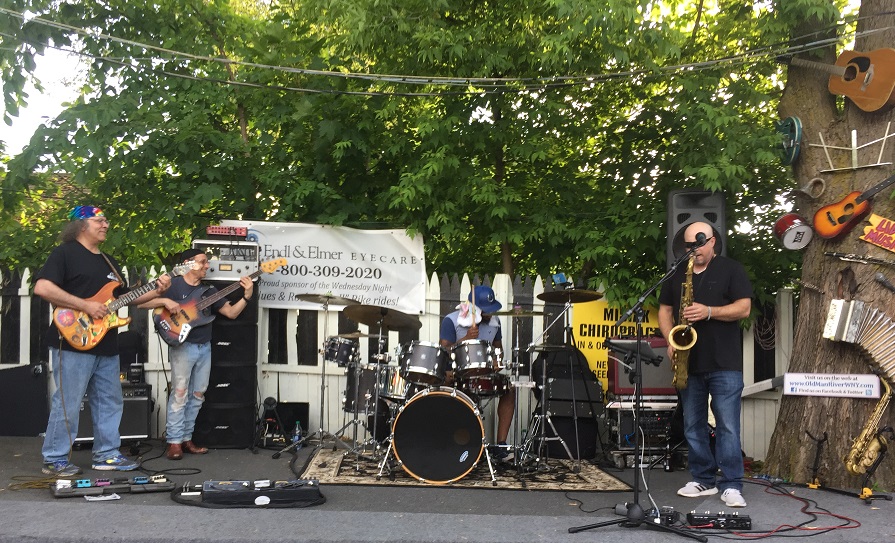 Playing aboard the USS Little Rock

Playing Pink Floyd music to a packed house on the deck of this decommissioned Navy Combat Ship on the Buffalo Harbor was both surreal and sublime. This concert series is a brilliant idea. 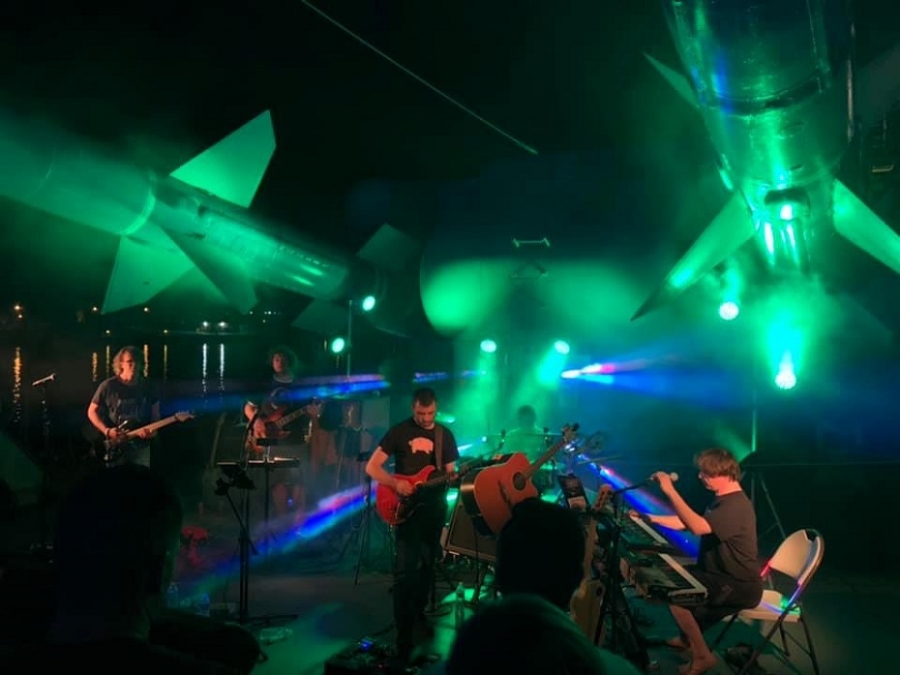 Playing aboard the USS Little Rock. (Photo by Kim Miers)

This SPAC-for-Phish trip has become an annual pilgrimage for myself and my brother, Dave, who lives in the Hudson area. We brought along a few friends and had a stunning time. The band was on fire. (“Fluffhead” opener!) 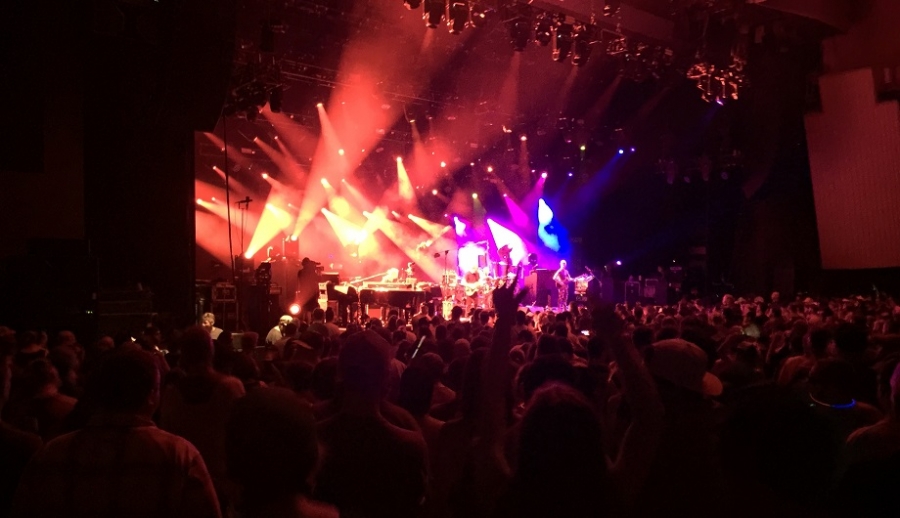 One of my favorite younger Buffalo bands playing at this cool weekly summer series at Fountain Plaza. A funky good time. 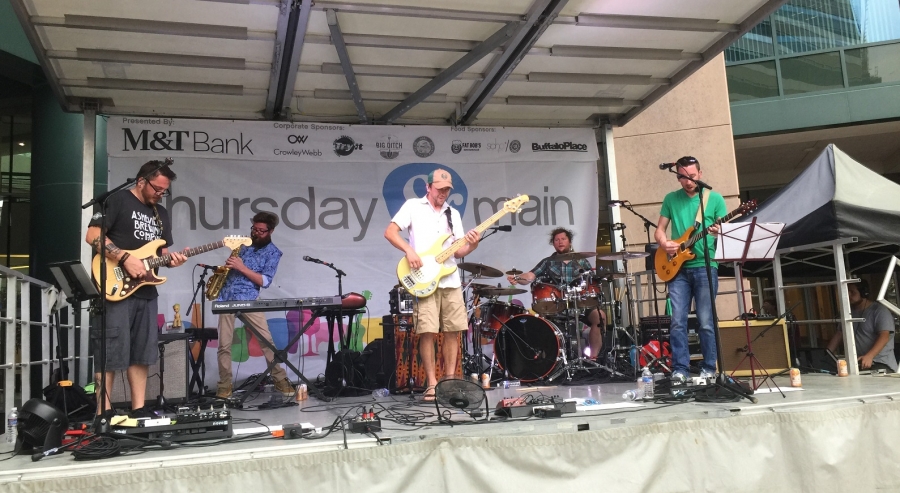 The Flaming Lips and Claypool Lennon Delirium at Artpark

I pegged this as my “concert of the summer” in The News at the onset of the season. This did indeed turn out to be the case. Food for the mind, body and spirit. Wayne Coyne rode a unicorn through the crowd. Bliss. 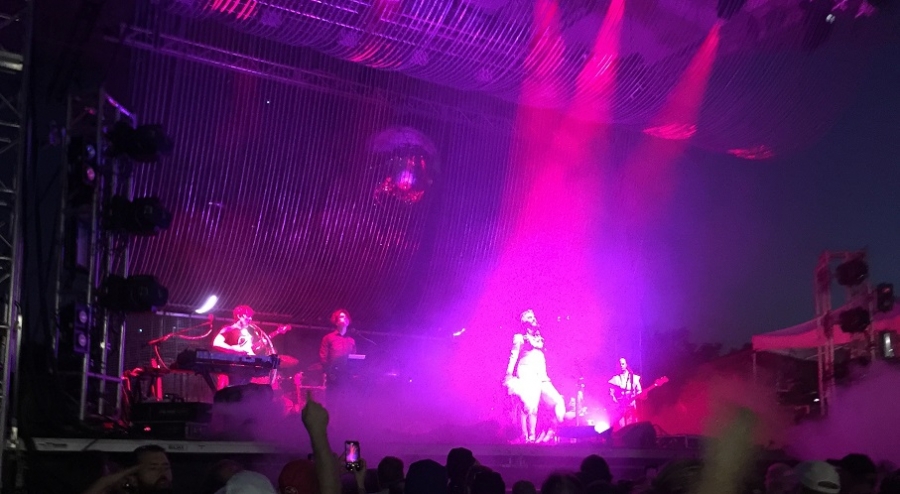 The Flaming Lips at Artpark. (Photo by Jeff Miers)

Two days of musical hi-jinks in the Cobblestone District, with fantastic performances from both local and national bands, and uninterrupted good vibes. 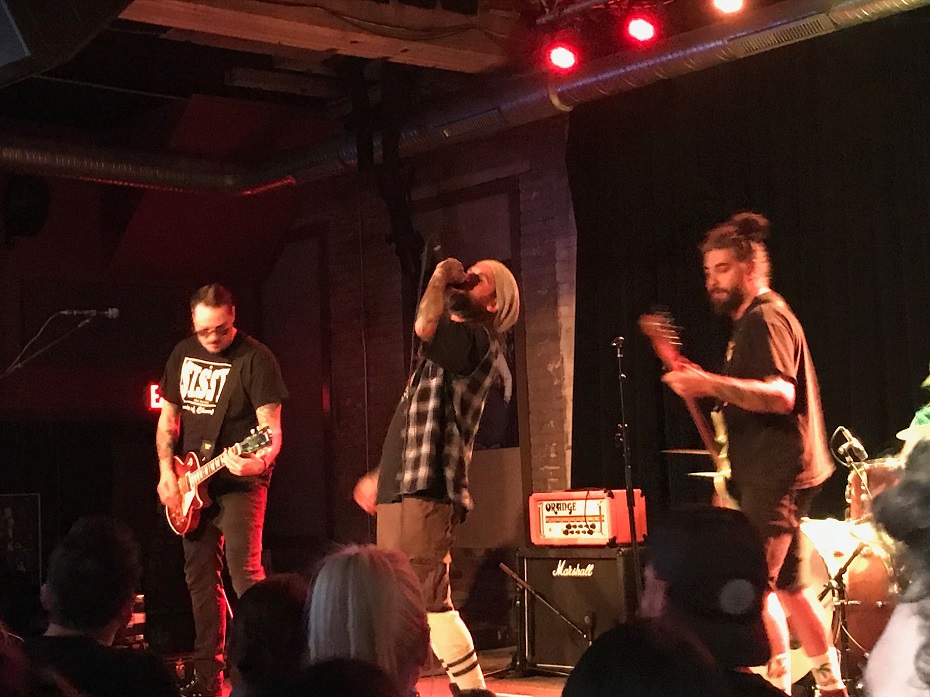 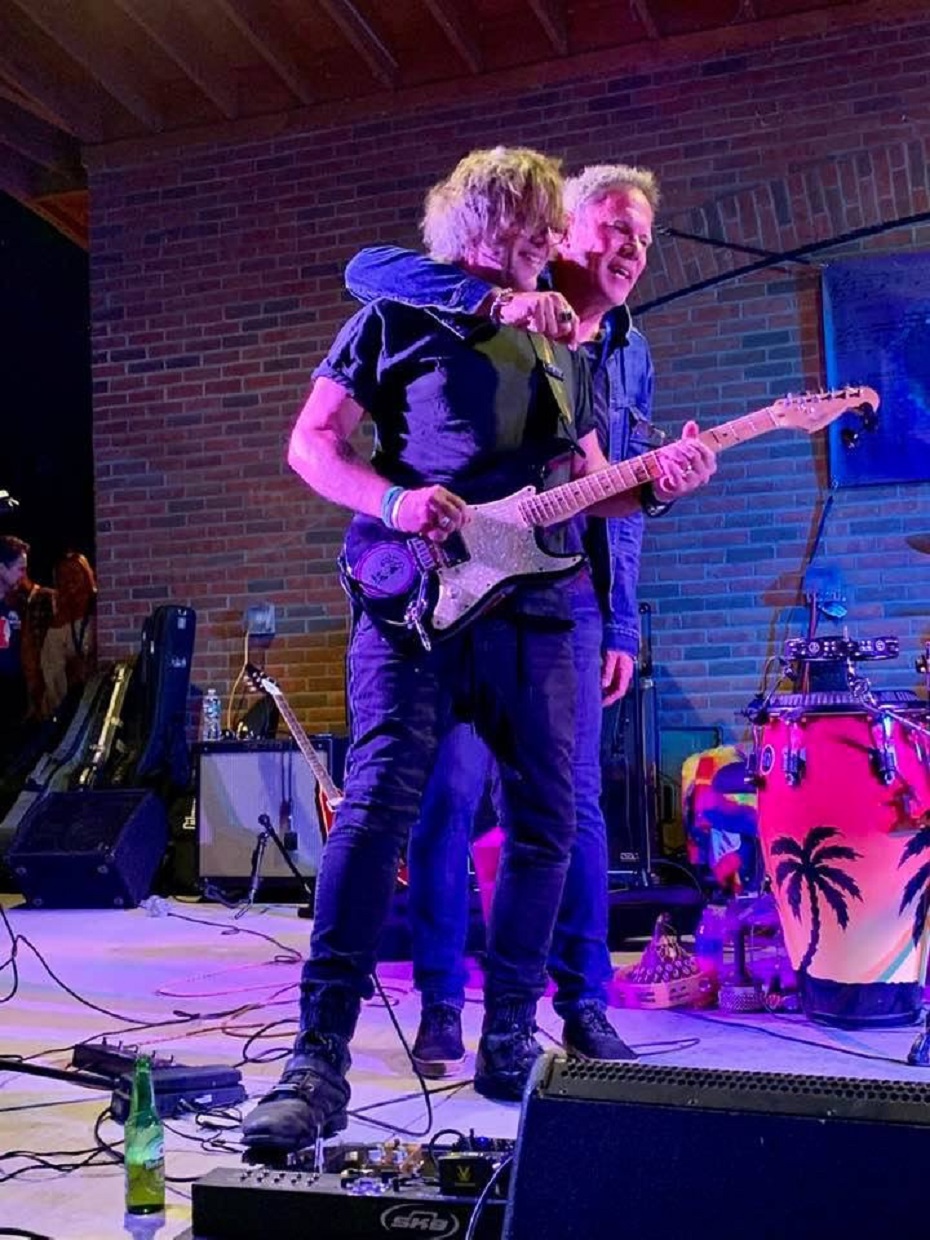 The Buffalo Music Coalition brought together dozens of musicians from our vibrant scene to recreate sets from the original Woodstock Festival in honor of its 50th birthday.

Fans absolutely packed River Fest Park and helped make this our own celebration of peace, love and music. 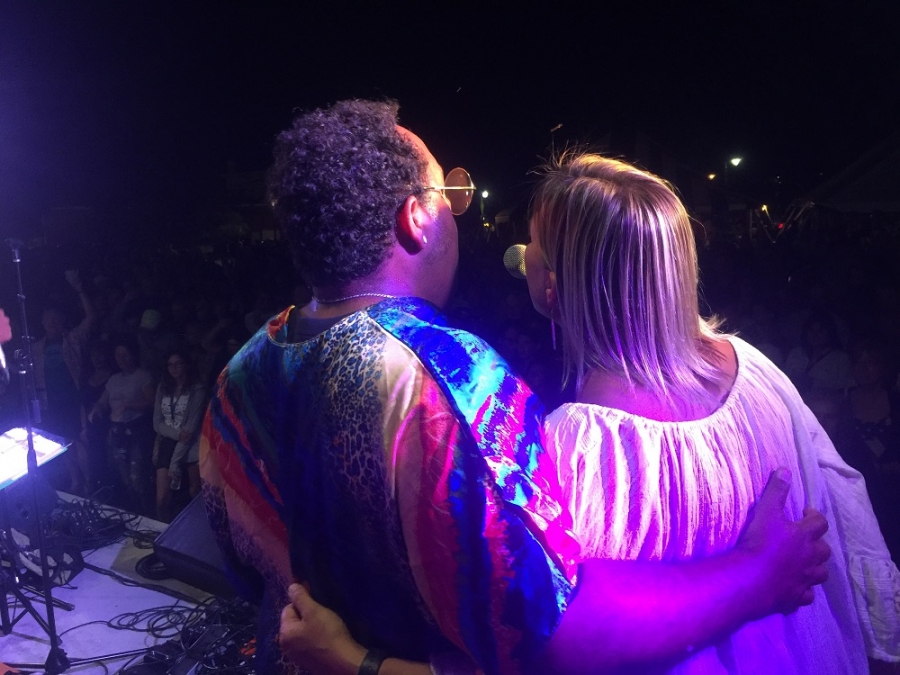 I have loved Iron Maiden since my older, guitar-playing neighbor lent me their debut album and said “You gotta hear this,” way back in the early summer of 1980. Their KeyBank Center show proved the band is still worthy of that love, and then some. 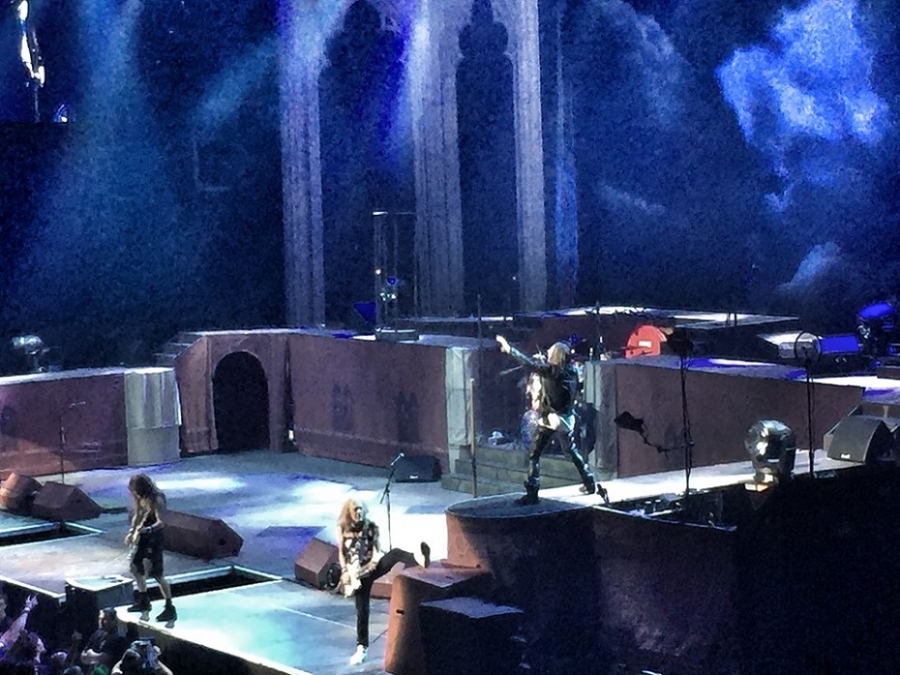 Brilliant Buffalo musicians lay it down at Hydraulic Hearth 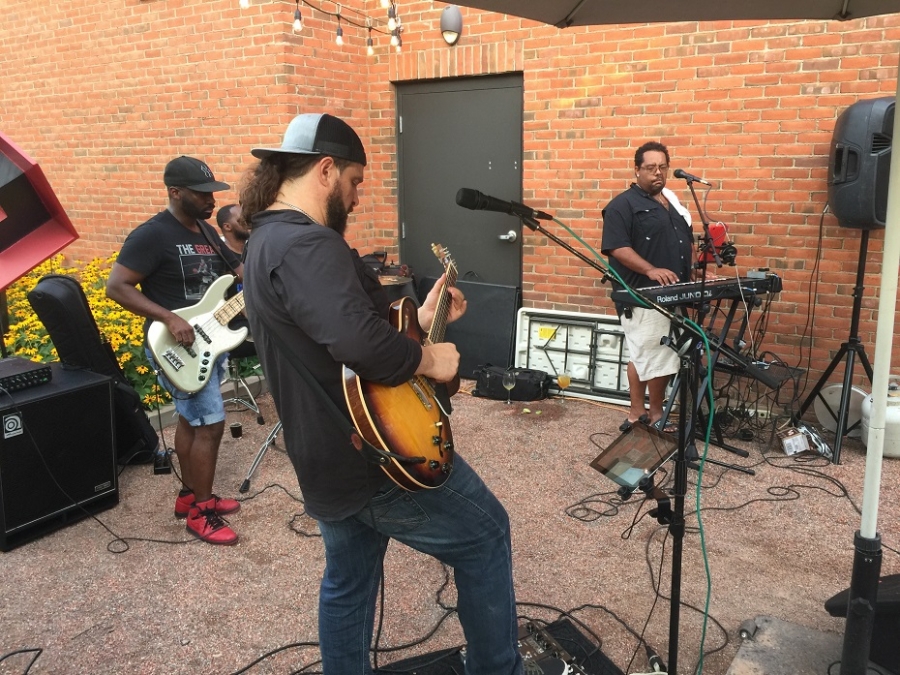 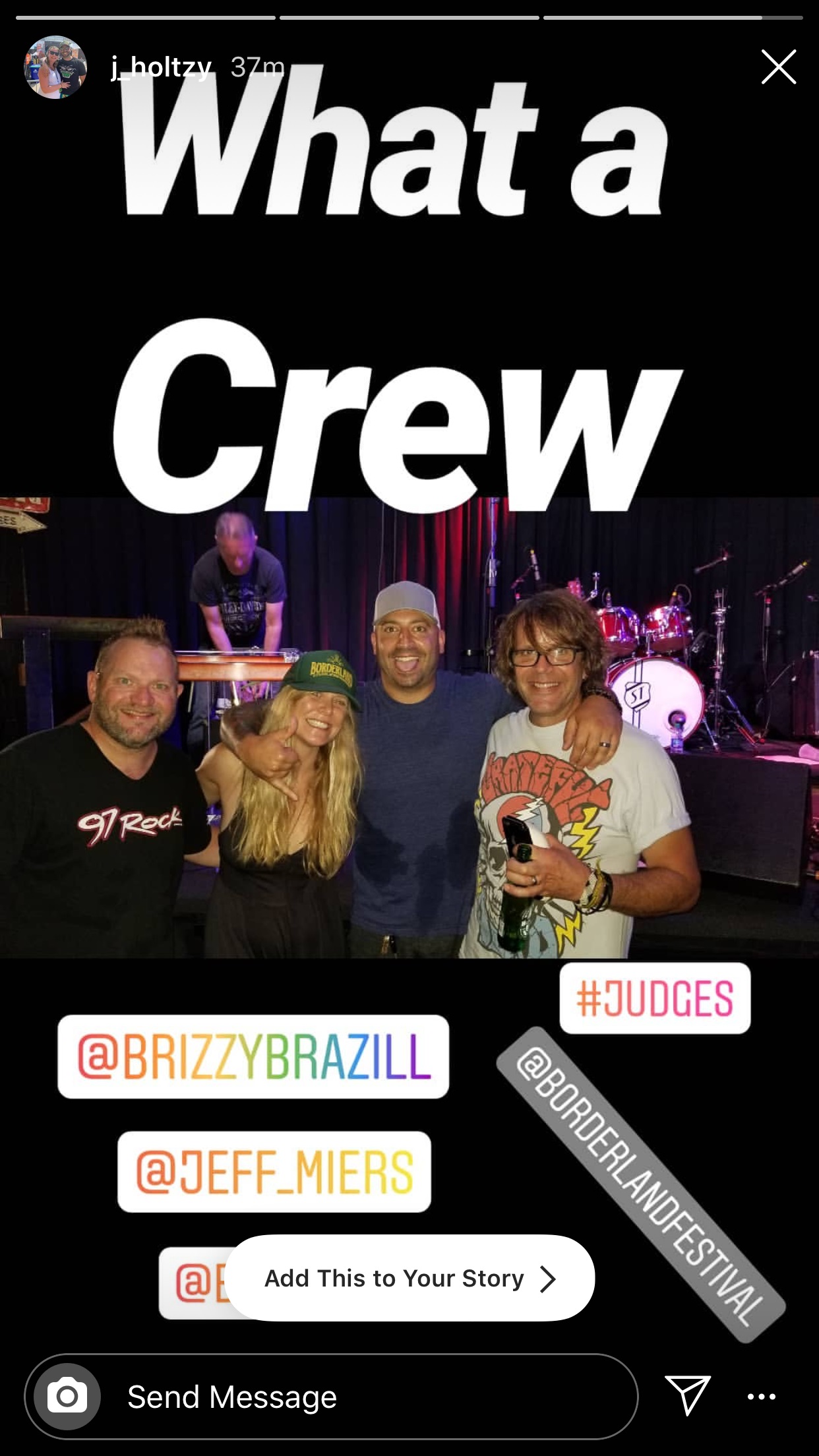 Judging the Battle for the Borderland

I joined Jen Brazil from Borderland, Bull from 97 Rock and Josh Holtzman from Buffalo Iron Works to judge contestants for the Battle of the Borderland, which offered the winner a slot on the Borderland festival stage. We had an absolute blast.

I riffed on the theme of “sacred spaces” in the world of live music, connected the dots between the famed Capitol Theatre in Port Chester, N.Y. and the Aurora Theatre in East Aurora, listened to a set from the Hayden Fogle Band, and watched Gov’t Mule’s “Bring on the Music! Live at the Capitol Theatre” film. Oh, and drank 42 North locally brewed beer. 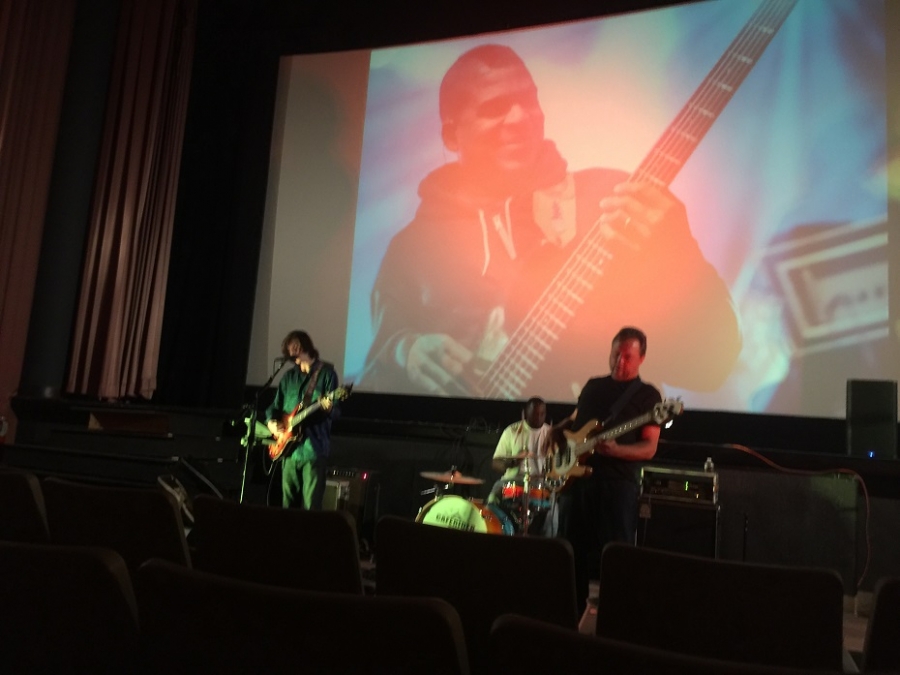 This might’ve been my favorite Music is Art ever. Great bands, beautiful weather, and a venue well-suited to MIA’s awesome eccentricities. 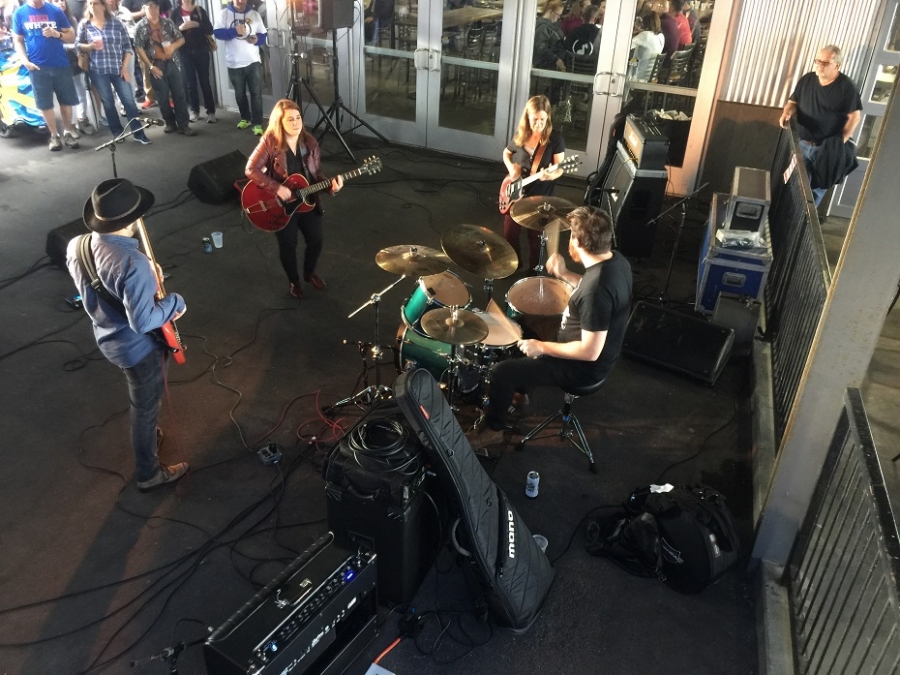 The Grace Stumberg Band at Music is Art. (Photo by Jeff Miers)

Celebrating this Miles Davis album meant the world to me, and we found the perfect musicians to bring it to life in the present tense. Awesome, in a word. 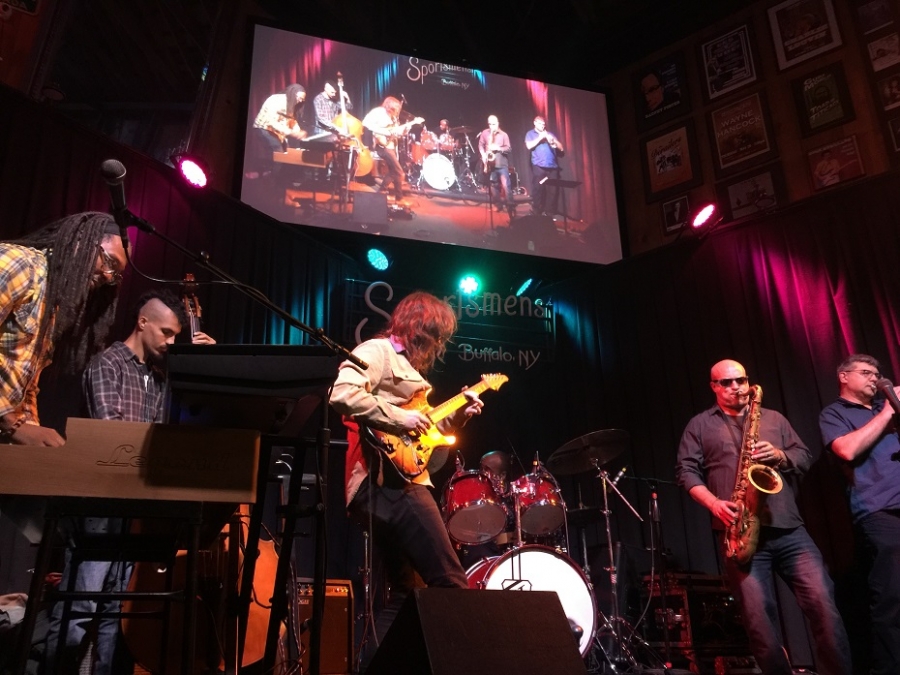 Gathering with friends to crank the freshly released Tool album at concert level just felt like the right thing to do. That it evolved into an inspired jam session made it even more memorable. 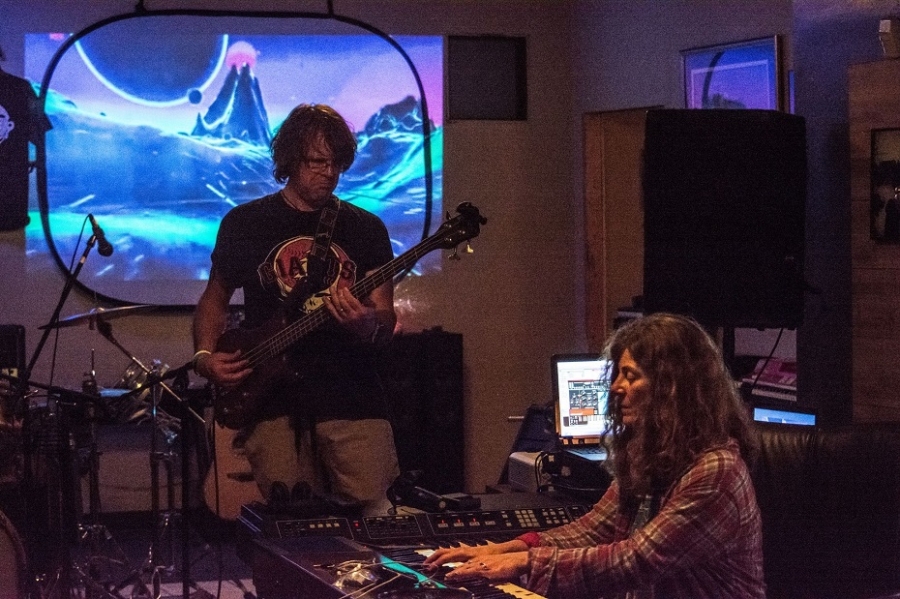 I’ve admired BPO Music Director JoAnn Falletta since she arrived in town 20 years back. Meeting her and doing an in-depth interview for The News in honor of her 20th anniversary season was both an honor and a thrill.

Two days of inspired and inspiring music, all within the bucolic setting of Knox Farm State Park in East Aurora. What a send-off for the summer of 2019. 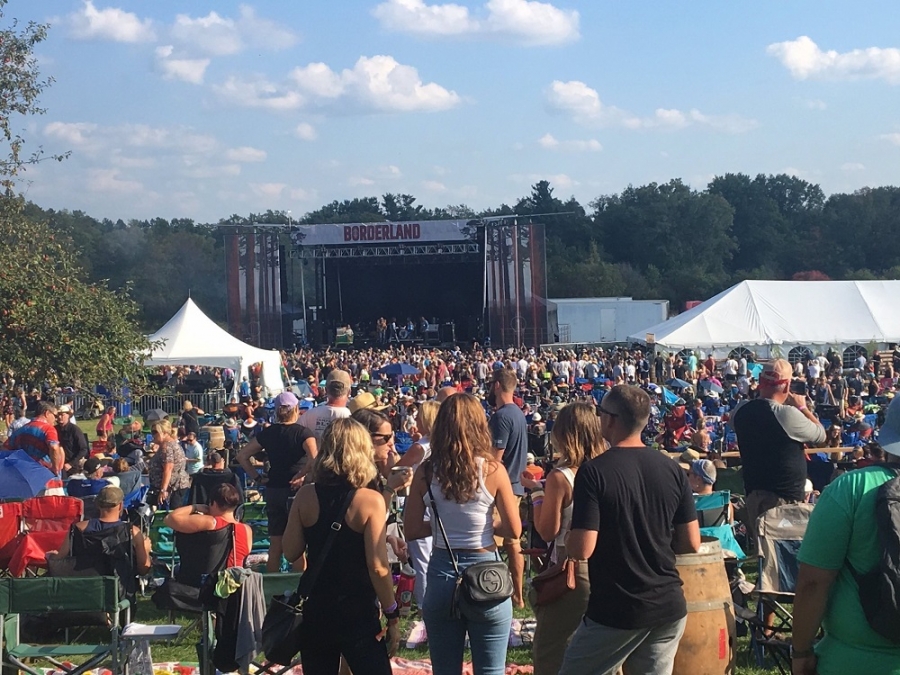 The crowd at this year’s Borderland Festival. (Photo by Jeff Miers)

Not a bad run. Maybe technology’s not the enemy, after all.