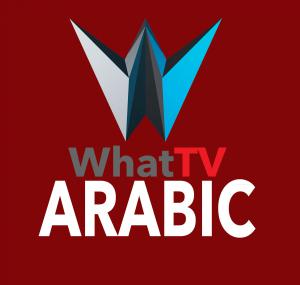 The W stands for ‘What’ — World Healing and Transformation

A team of media professionals whose combined experience exceeds 100 years are starting a revolution: To win millions to Christ through digital streaming.

BOSTON, MA, USA, April 24, 2019 — WhatTV Arabic is a new digital streaming channel for the Arabic speaking community, particularly located in the Middle East and North Africa region. Viewers can access its content from YouTube or through Google Android and Apple iOS apps. The brand name—’What,’ is not just a catchy phrase, but also an acronym that carries a deeper meaning: World Healing and Transformation. ‘What’ is also a question, conveying the approach of answering important questions from a Christian worldview. These questions range from the spiritual (What’s the meaning of life? What values should I live by?), to the functional (What career do I pursue? What friends should I keep?). In essence, WhatTV gives answers to ‘what’ people are looking for through innovative TV media (stories, news, shows, music, vlogs, etc.), which promote healing and transformation through the gospel of Jesus Christ.

Our world is broken. Murder, disease, poverty and suffering are the norm. But there is a cure: the gospel of Jesus Christ. We believe this gospel is the only cure for humanity, and it must be broadcast to every nation to fulfil Christ’s mandate: “This gospel of the kingdom will be preached in all the world as a witness to all the nations, and then the end will come” (Matt. 24:14).

While the gospel is sacred, its method of delivery isn’t. WhatTV have abandoned traditional TV distribution in favour of digital streaming, because of the huge number of subscribers switching to this method. The convenience of users’ accessing their favourite media through an internet connection, browsing without being limited to a broadcast schedule—or worrying about DVR programming—makes traditional TV feel prehistoric. Research shows traditional TV services (e.g., terrestrial, cable and satellite) are rapidly declining, while digital video streaming is exponentially increasing. To give you an idea of the seismic growth of this market, video streaming users are set to increase to 4.92 billion by 2022. The future of TV is clear: the future is streaming.

ABOUT THE TEAM
Dr. James Sideras – President
With 25 years business experience, James earned his doctorate at the University of Hertfordshire after growing his own award winning UK business. James also travels the nations as a Christian evangelist.

Raffoul Najem — Arabic Director
Originally from Beirut in Lebanon, Pastor Najem has been proclaiming the gospel to the nations with power for 30 years. He also has 25 years media experience, co-hosting the “Good News Show” – a Middle East TV program, in partnership with “The 700 Club.”

Danny Choranji – South Asia Director
Danny was with the BBC for 13 years as both presenter and producer. He won a national award for his Asian family program ‘Eastern Beat’ and his musical band, DCS, won double platinum.