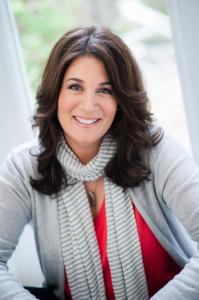 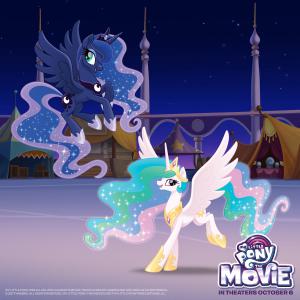 VANCOUVER, BC, CANADA, September 28, 2017 — Nicole Oliver plays the role of Princess Celestia in the My Little Pony Movie out October 6th, 2017

In demand for her voice-over roles in cartoons both on the small (LEGO Nexo Knights, Kate & Mim Mim) and big screen (Seth Rogen’s “Sausage Party”), Nicole Oliver is thrilled to bring her role as Princess Celestia to theater nationwide with the release of “My Little Pony: The Movie” on October 6th, 2017. Nicole is the voice of Princess Celestia on the television series and now joins an all-star voice cast including Emily Blunt, Kristin Cheoweth, Live Schreiber, Michael Pena, Sia, Tay Diggs, Uzo Aduba and Zoe Saldana.

In “My Little Pony: The Movie” a dark force threatens Ponyville, and the Mane 6 embark on an unforgettable journey beyond Equestria where they meet new friends and exciting challenges on a quest to use the magic of friendship to save their home. The movie features original music and songs performed by Sia, Diggs, Saldana, Chenoweth and Blunt. Nicole also sings on the song “Time to be Awesome” as Lix Spittle, one of the new creatures the Mane 6 encounters during their adventures outside of Equestria.

Recent career highlights include a lead role in the acclaimed film festival circuit indie-gem “Marrying the Family” (VIFF, Long beach Indie FF, Texas FF), and earlier this year, Nicole Oliver expanded her diverse entertainment career in the role of Britney Spears’ mother Lynne Spears in the Lifetime Movie Britney Ever After. Starring Natasha Bassett, the movie follows the tumultuous story of pop icon Britney Spears’ rise to fame, fall from grace and eventual triumphant resurrection, firmly securing her position as one of the world’s greatest entertainers. This isn’t Nicole’s only recent work alongside impressive A-list actors: She also has a role in “Wonder”, a feature film starring Julia Roberts, Owen Wilson and Jacob Tremblay set to be released on November 17th, 2017.

Nicole has guest starred on numerous television series including “Supernatural,” “Rogue,” and “Somewhere Between” She has also starred in many MOW’s including “Radio Hype” starring Alison Sweeney, Lifetime’s “Ungodly Acts”, “The Christmas Ornament” starring Cameron Mathison and Kellie Martin, “The Woodcarver” with John Ratzenberger; “Taken Back – Finding Haley” with Amanda Tapping and “Innocent” with Bill Pullman and Marcia Gay Harden. For four seasons, Nicole was also the host on the hit Slice Network series “Crash Test Mommy”. A highlight for Nicole was acting alongside her young son, William Ainscough, who starred as Billy in City TV’s “Seed” for two seasons.

Well known throughout the world at Brony and Fan Conventions as Princess Celestia and Cheerilee on “My Little Pony: Friendship is Magic” and Zoe on the cartoon “Littlest Pet Shop”, her acclaimed voice-over work continues to thrive. In animation, she has popular roles on “Bob The Builder”, and “Lego Elves”, and will continue to appear in My Little Pony: Friendship is Magic (Season 7). She has provided her voice to over 100 companies including American Express, Starbucks, Salon Selectives, Club House, and IKEA.
Nicole Oliver has worked for over twenty years in the entertainment industry as an actor, producer, and director. This multi-talented, incredibly busy mother and professional has mastered the balance between family and work, and has furthered her education with a Masters of Arts in Communication from Royal Roads University (2011). She is the recipient of both the Founders Award for leadership and sustainability and the Chancellors Award for highest academic achievement.

Nicole Oliver is available for interviews upon request.

My Little Pony: The Movie