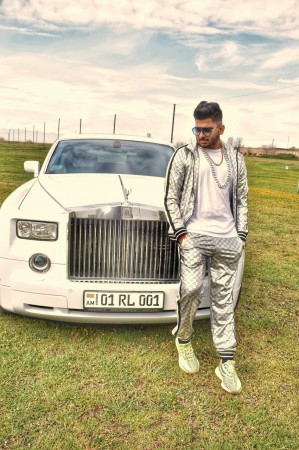 Music has a special connection to every person. While rap is something which is getting popularized lately. Nishith Merja popularly known as Nix is making his name in the music industry. The young musician has his own band named ‘TheNixMusic’ and Punjabi songs and music is his forte. His latest song named ‘Chat’ which released 3 months ago on YouTube has managed to garner more than 1 million views which is a milestone achieved by him.

He hails from Morbi, a small town in Gujarat and he has been closely attached with music since his childhood. ‘Music is something where I express myself in the truest and purest form. During my school days, I participated in skits, music competitions and loved to be at the centre of the stage. I believe that music takes me to a completely different world”, he said while expressing his love for music. Very often he has collaborated with Raman Kapoor for the music videos. ‘Chat’ was one such song and before that the duo collaborated for the song ‘Catwalk’. The song was crooned by Raman Kapoor and Ikka and featured Nix and Sakshi Dwivedi. With getting more than 1.7M views, Catwalk was released by the Zee Music Company on their YouTube channel.

With having 2 songs with more than a million views, Nix is surely on the right path and is a rising star in the music industry. We wish him lots of luck and can’t we wait to witness his upcoming projects of music.