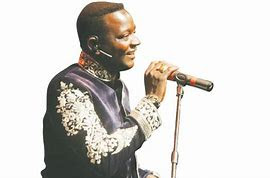 THE poor turnout at music concerts has forced local
artistes to spread tentacles to South Africa where a good number of their fans
are based.

It is now common to find local artistes staging shows in
Mzansi. This trend of musicians crossing the Limpopo has led to the emergence
of a new crop of music promoters based in South Africa, who are allegedly
duping local artistes.

Reports are that this crop of promoters are underpaying
local artistes as they accept any offer on their plate, losing potential income
in the process.

Johannesburg-based promoter, Enock Chirovapasi of Inizha
Promotions, acknowledged that there were some music promoters, who were taking
advantage of the current economic environment in the country to deprive local
artistes of their potential incomes.

“Yes, I have heard of some of the promoters, who are taking
advantage of the economic situation in Zimbabwe, and paying little to musicians
coming to perform here in South Africa,” he said.

“It is wrong to take advantage of these musicians because
they are also in business.

“It gives a bad impression on the arts industry. Remember,
when they come here (South Africa) they would be expecting to return home with
something in their pockets”.

Tinashe Mvundhla, who is behind the Zimfest and is based in
South Africa, also acknowledged that local artistes were being duped across the
Limpopo.

He suggested coming up with an association that would be
responsible for handling issues to do with fair practices in the music
industry. “As Zimfest, we suggest that we come up with an association that will
protect all parties. Some artistes have a tendency of taking money and fail to
fulfil their show obligations. I think it will be good if we come up with a
constitution that will protect artistes and promoters,” he said.

Mvundhla said artistes should be wary of fly-by-night
promoters when entering into agreements.

Allen Simbanegavi, also known as Boss Gavi in the music
industry in South Africa said people should abide by their agreements.

Among the list of musicians who are following the “Great
Trek” is Sulumani Chimbetu, who of late, has been failing to attract a huge
following at his shows in Harare.

The Orchestra Dendera Kings paymaster is scheduled to stage
three shows in South Africa this month-end.

Sulu is scheduled to perform for the first time at Club
Dominos in Witbank, Mpumalanga on July 26 courtesy of Boss Gavi.

He will then travel to Florida for the Winter Shutdown gig
slated for Club Fantasy on July 27 before ending his South African trip with a
show at House 28 in Sunnyside, Pretoria.

The Orchestra Dendera Kings frontman has confirmed his trip
to South Africa promising to sample some of the tracks from his forthcoming
album carrying the trending song “Ndunge”. Herald