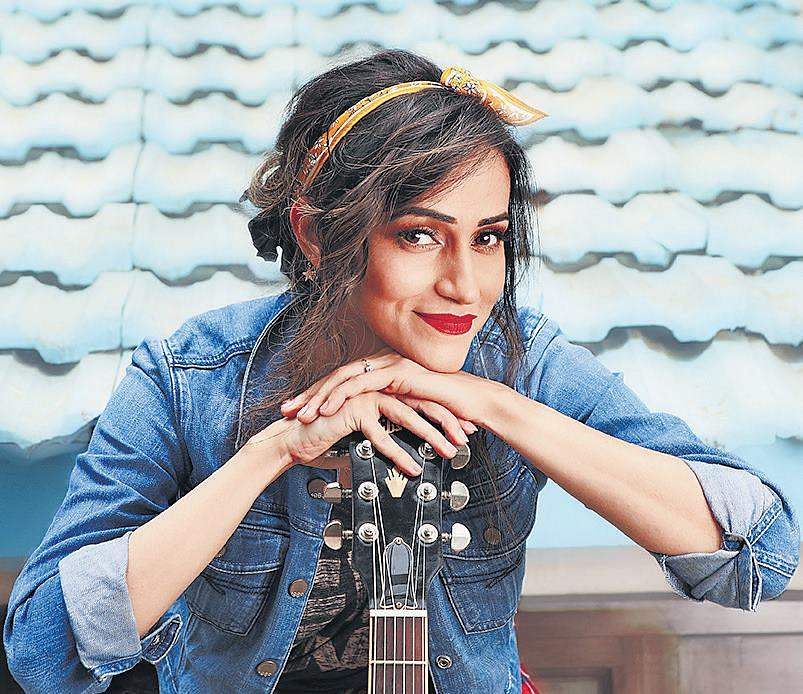 Pop singer Vasuda Sharma is all set to release her first EP, BeDesi, as part of the band – Sharma And The Besharams. Sharma is the lead singer, Rahul Hariharan plays drums, Chirayu Vedekar plays bass guitar and Chaitanya Bhaidkar is a multi-instrumentalist, who plays electric guitar, banjo etc.

BeDesi has four songs to the sounds of the flute, dholak and morchang with contemporary Western arrangement. The first track Ganga, released on August 29, is a Bhojpuri folk song about the glory of the sacred river. “Ganga is an old Bhojpuri folk song that we have rearranged. The other songs are Bailgaadi (a reggae in Haryanvi language), Jazba, about the will to win and Rahiman, based on the words of wisdom by saint Rahim,” says the Delhi-bred now Mumbai-based vocalist.

The EP will be released in Mumbai on September 21, after which it will be launched in Delhi, Noida and Gurugram between October 8 and October 15.

Foray into music
Sharma owes her love for folk to her childhood days, most of which were spent in the small towns of Bhiwani (where she was born and brought up) and Mathura (where she spent her summer vacations). “At school, I was exposed to Rajasthani and Haryanvi folk music, while Bhojpuri songs and music I learnt from my bua, Chitra Rao, an AIR singer who lived in Mathura,” she says, crediting her bua for her initiation into music. “There were no Bollywood songs, no Lataji [Mangeshkar] or Ashaji [Bhonsale] while I was growing up,” she adds, explaining her slant towards all things rustic.

Talking about the country’s rich musical traditions, she says that as a musician she feels duty-bound to make today’s youngsters aware of it. “Every state of India has a rich folk music and if we can present it in a way that can be digested by the current generation, we must do. Otherwise, the upcoming generation would never know what we have,” notes Sharma.

She found a place in the band Aasma, along with Neeti Mohan, Jimmy Felix, Sangeet Haldipur, Peyush Dixit and Aamir Ali, though after a few hit songs like Chandu Ke Chacha and Tumse Hi Pyar, the band disbanded. “But till then [before the band was formed], music was just a hobby. I had been studying sociology at DU’s Hindu College with an aim towards civil services,” she says. But life had a different plan.

Reaching Mumbai and meeting Salim-Suleiman, Vishal Bhardwaj, Abbas Tyrewalla among others was huge. “I enjoyed the stardom that came along – pop music was at its peak during that time.” Sharma then went on a roll, and created music for Bollywood film Shahrukh Bola Tu Khoobsurat Hai with Makrand Deshpande worked with Govind Nihalani for a Marathi film, made music for documentaries, brought out solo songs and did corporate gigs…

“Financially it was all good, but something was still amiss… I didn’t know what.” That’s when Sharma applied for studying at Berklee College of Music in Boston, USA (2011-12). “This was my second transformation. I came in contact with musicians from all across the world – people who would eat, sleep, think, drink only music,” she says.

There she got a fresh perspective on music, and on life, and was soon out with her first album Attuned Spirits (2013). “It featured musicians from India and abroad, but the compositions and arrangements were all mine. Deep down I am a composer first, singer later. And this album gave me the confidence that I can be a composer,” she says.

Sharma entered the indie space in 2010 and has over 50 indie songs to her credit, and another 70 on the burner. “There are audiences for all kinds of music. One just has to find the niche.

It is true Bollywood does get a whole lot of traction but indie has started to create a market of its own as well. And it is evolving, maybe the speed is slow. Everything doesn’t need to be mainstream. You can create your own audience,” she signs off.