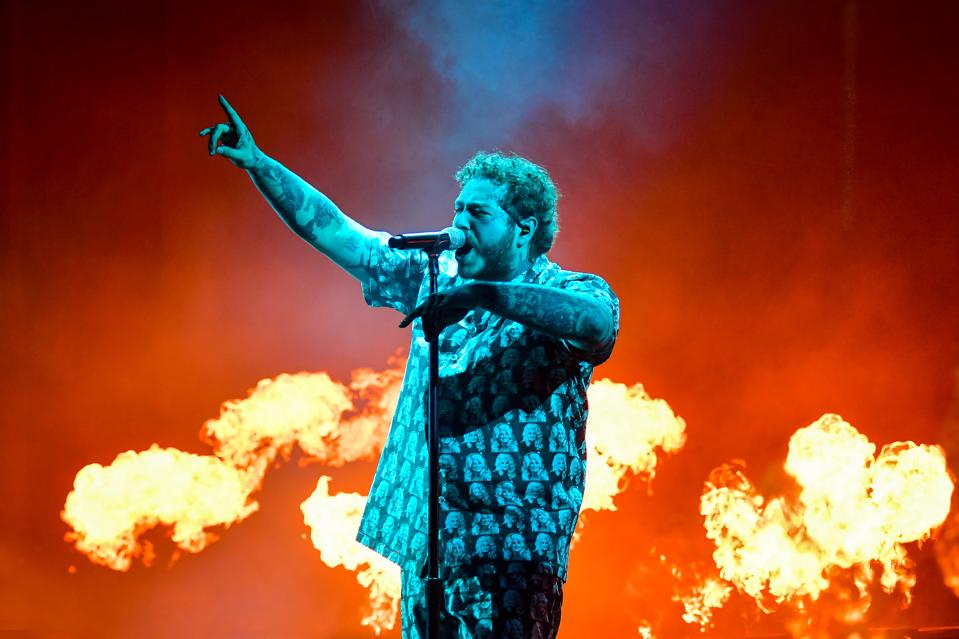 In today’s streaming-driven music economy, one of the greatest accomplishments a musician can manage is to not only send a new album to No. 1 on the Billboard 200 or grab the top spot on the Hot 100, but to completely dominate the latter chart with every song from a new full-length. Some of the most popular names in the industry have hit new highs and proven their immense popularity by placing a full album’s worth of material onto the competitive tally at the same time, which remains a relatively rare accomplishment.

Artists like Taylor Swift, Eminem, Logic, J. Cole and a number of others have all seen their albums carve out space on the Hot 100, but an even smaller contingent have been lucky enough to do so twice. This week, Post Malone joins the extremely small group of musicians who have charted an entire album on the Hot 100 simultaneously on more than one occasion, and he’s in excellent company.

Names like Drake and The Weeknd have also managed this feat not once, but twice, and they stand a good chance of doing so again whenever they have another album ready for their fan bases. The Weeknd’s lengthy Starboy and his My Dear Melancholy, EP both pushed their tracklists to the Hot 100, and Drake’s What a Time to Be Alive mixtape, More Life playlist and Scorpion album did the same, making him the only musician to do so three times.

Post Malone first saw an entire album reach the Hot 100 last year when his full-length Beerbongs & Bentleys arrived. In the same frame he ruled the Billboard 200 with his sophomore title, he controlled 18 spots on the singles list. At the time, that stood as the third-most real estate anyone had controlled simultaneously, and it still holds as one of the most impressive.

Now, Malone almost matches his previous best showing, as all 17 songs from his second No. 1 album Hollywood’s Bleeding find space on the Hot 100.

Huge stream counts help these albums perform as well as they do, and considering Hollywood’s Bleeding racked up the fifth-largest one-week streaming figure for a full-length in the U.S., it’s no surprise his new songs all reached the Hot 100 this frame.