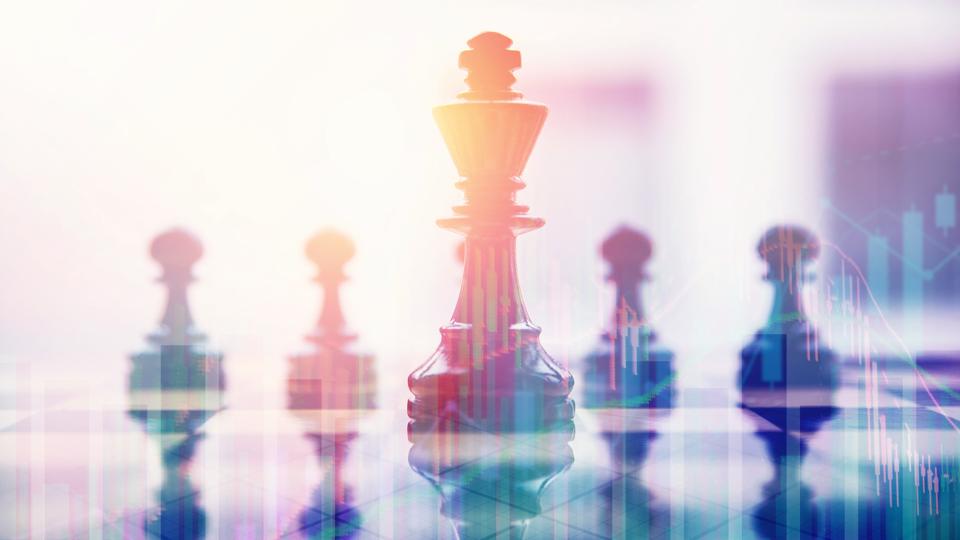 The music industry has already begun a shift towards consolidation, and COVID-19 will likely accelerate this trend.

Crunchbase reports 697 “acquired music companies,” with total funding of $6 billion over 530 transactions, with an average founding date of January 3, 1999 (entire timetable not available). While this data almost certainly does not account for all transactions and value, it at least shows there is activity in the space. Historical context is necessary to justify investment into a market and is where investors or analysts at investment firms begin their research.

Too few transactions or limited value are common reasons for lack of investment into a sector like music, but the industry has been viewed as more favorable in recent years, with a wave of funding, mergers, acquisitions, institutional interest and promising new technology.

Goldman Sachs
GSBD
, one of the world’s largest investment banks, has taken a keen interest in analyzing the music industry in the last few years. The firm’s “Music In The Air” report in 2019 estimated the global music industry’s value would more than double to nearly $131 billion by 2030. In May 2020, however, the company launched an update of the report stating the live music industry would see up to a 75% impact on revenues in 2020, although they did increase the 2030 total industry estimate to $142 billion. Goldman disclosed it had received compensation from Alphabet, Spotify, Tencent
TME
Music Entertainment Group and Vivendi over the last 12 months, all of which were referenced in the report.

Major record labels are also in a time of financial activity, with Vivendi intending to sell its significant stake in Universal, 10% of which was acquired by a Tencent-led consortium in March of 2020. Warner confirmed in late May 2020 its intention to IPO via NASDAQ
NDAQ
exchange. Entertainment One, a Canadian entertainment company that owns properties ranging from Peppa Pig to Death Row Records, was acquired in December 2019 by toy and media conglomerate Hasbro
HAS
for $3.8 billion cash.

The live event space has been a hotbed for acquisitions in the last ten years. Paradigm acquired The Windish Agency and AM Only; United Talent acquired The Agency Group and Greater Talent Network; and LiveNation acquired festival properties C3 Presents (Lollapalooza, Austin City Limits), AC Entertainment
ACEL
(Bonnaroo) and several others.

Based on the increased investment interest, the movement from the major labels and publishers and the historical context of event acquisitions, I believe the impacts of COVID-19 will lead to further consolidation in the music industry.

Despite the return to growth over the last few years after a 10+ year downturn, COVID-19 has impacted global revenues for the music industry. US media consumption grew by 24% for subscription-based services in the first weeks of the pandemic, mainly due to people being stuck at home in 46 states enforcing stay-at-home orders. However, music streaming consumption declined by nearly 10% compared to the consistent growth of video services.

With the temporary freeze of the live events industry likely until 2021, which includes ticketing, performing rights, merchandise, advertising, concessions and countless crew members who are now left without expected income, everyone from the major labels to independent musicians is feeling the impact.

Festivals and conferences may be open to bids after losing out on ticket sales, sponsorships, artist deposits and now ticket refund lawsuits. Music service agencies that rely heavily on client income from tours and album releases may be looking to consolidate and merge with complementary companies, possibly even challenging the major labels from a label-services perspective.

Startups may provide a cost-effective solution for major labels and publishers, offering ways to increase both the value of their current rosters/catalogs and the data behind the next big musical trends. Considering most startups raise capital every eighteen months and have an average of two years worth of runway, the merger, acquisition or “acquihire” space may be an attractive option for both parties.

Investors may also encourage acquisition activity of music startups. The economic state due to the pandemic has unfortunately slowed investments, resulting in less potential available/accessible capital (known as “dry powder” for investment firms), which may be reserved for follow-on capital for existing portfolio companies vs. new investments. Investors with appointed board seats may look to vote towards exploring acquisition scenarios with strategic partners to show a positive gain in their investment. While this might not lead to the ideal “10X” multiple, a lower return, which nets a short-term profit, may be of interest due to the uncertainty from the pandemic.

COVID-19 has put a strain on the music industry, entrepreneurs and investors, and consolidation may provide relief, even opportunity and potential gains, for some. For investors and startup founders impacted by the pandemic, it may be worth reviewing your pipeline to see where previous conversations left off or leads you have been interested in engaging, although the typical short-term monetary gain may require a more creative approach in the interim to achieve a positive long-term outcome.

This article is a part of a series of post-pandemic music industry predictions. Read my previous predictions here.