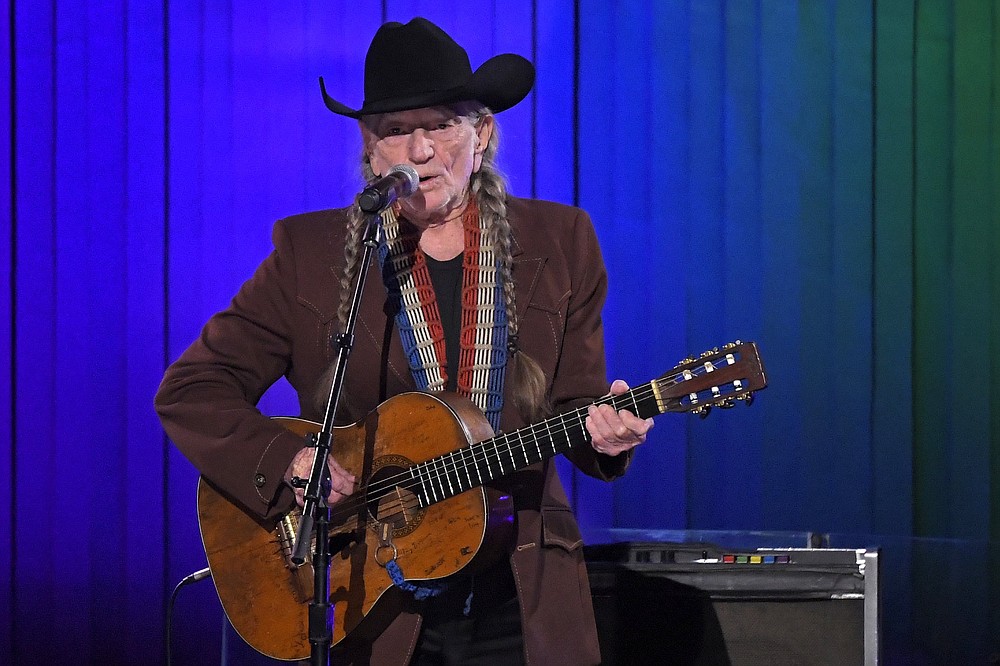 It seems like a strange combination, but here it is, also in Paste: “Hear A Flock of Seagulls perform at the Grand Ole Opry on this day (June 1) in 1983.” The band does its big hit, “I Ran (So Far Away),” plus “Space Age Love Song.”

On Friday, Billboard magazine had the story: “Protest Songs by Kendrick Lamar, James Brown & More Experience Enormous Streaming Increases.” The magazine provides an alphabetical list of 15 of the protest songs that drew the biggest increases between May 26 and June 2. Brown’s “Say It Loud ⁠— I’m Black and I’m Proud” had the largest increase: 15,740%.

R&B Singer Trey Songz has released a song, “2020 Riots: How Many Times?” inspired by the Black Lives Matter protests across the nation. The song can be heard on YouTube (youtube.com/watch?v=DWZkjXCU-ds), or bought on Spotify, Apple Music, Sound Cloud, Amazon Music, Tidal, Pandora and Deezer.

Live music returns, at least to a few scattered venues: Singer-songwriter Dean Agus will perform at 6 p.m. today at The Blitzed Pig Bar and Grill, Hot Springs. The event is described as a crawfish boil. The Blitzed Pig is in the back of the Temperance Hill mall, 4330 Central Avenue (Arkansas 7). For more details, call (501) 525-1616.

Jocko Deal, a Dardanelle singer-songwriter, has a string of shows in the state: Friday and Saturday at The Big Chill in Hot Springs; June 16 and 23 at the Front Street Grill in Dardanelle; June 17 at JJ’s in Conway; and June 24 at JJ’s in Fort Smith.

Country singer Brantley Gilbert has a new song, “Hard Days,” which is described by his label’s publicists as “… an uplifting track penned as a reminder that difficult times do pass and we often come out on the other side strengthened by what we’ve endured.” The song can be heard on YouTube (youtube.com/watch?v=5A3pPJuAH7s) via lyric video, and Twitter.

Willie Nelson, Annie Nelson, Paul Simon and Edie Brickell got together to present “A Night for Austin,” a two-hour TV and streaming musical benefit at 8 p.m. Wednesday, available to watch on the CBS affiliate in Austin, Texas, the event’s website, anightforaustin.com, jambase.com and twitch.tv/luckreunion.

There will also be appearances by Ethan Hawke, Renee Zellweger, Woody Harrelson and Owen Wilson.

Music legend Willie Nelson and a bunch of friends are getting together for a livestream concert to benefit the working people of Austin, Texas, who were affected by the covid-19 shutdowns. See it at 8 p.m. Wednesday at anightforaustin.com.
(AP file photo/Mark J. Terill)

Handmade Moments, the Northwest Arkansas folk-rock duo, will perform an online event that will benefit Black Lives Matter at 8 p.m. Friday on Facebook. They will be joined by Cyrille Aimee, a French jazz singer described by The New York Times’ Stephen Holden as “… a blend of Michael Jackson and Sarah Vaughan.”

Mikel Jollett, frontman of rock band The Airborne Toxic Event, has released a book, Hollywood Park: A Memoir, which debuted at No. 6 on The New York Times best-seller list. Jollett’s band also released a companion album of the same name (which also made a mark on charts, reaching No. 4 on Billboard’s Alternative chart and No. 6 on the magazine’s Rock chart).

Jollett, who graduated from Stanford University with honors, begins his memoir at the age of 4 when he and his brother and mother escaped from Synanon, a California cult.

Cory Hanson and Ty Segall, a couple of rock ‘n’ roll band guys from Southern California, have announced they are donating to Black Lives Matter all the proceeds from the sale, during the first week, of two songs, “She’s a Beam” and “Milk Bird Flyer,” recorded five years ago. The songs are available at bandcamp.com.

Those wishing for the chance to hear Broadway-style musicians singing can go to Stars in the House, a daily livestreaming event at 1 and 7 p.m., hosted by Sirius XM’s Seth Rudetsky and James Wesley, on YouTube at

Stone’s Throw Brewing, which featured live music Saturdays at its Stifft Station location before the virus struck, is not doing so again … yet. But they have created the Old Statehouse Birthday Bash Beer-Drive, in celebration of that museum’s birthday, by giving them $1 from the sale of every pint of Riverdale Pale Ale or Plum Crazy Cider sold at either of the Stone’s Throw locations through Monday.

John Prine fans can “gather” at 6:30 p.m. today for Picture Show: A Tribute Celebrating John Prine, produced by the Prine family and Oh Boy Records, featuring musicians, actors and friends, remembering the late Prine, a casualty of covid-19. The tribute will be carried on Prine’s YouTube, Facebook and Twitch channels.

The tribute will feature memories and songs, as well as rare and never-before-seen footage of Prine himself, while raising money for the organizations NAMI (National Alliance on Mental Illness), Alive hospice and Make the Road New York.

Rodney Block will be featured in “Ask the Artist” at 10 a.m. Friday on facebook.com/edomad, presented by the Murphy Arts District in El Dorado. To submit a question to Block, send an e-mail to [email protected]