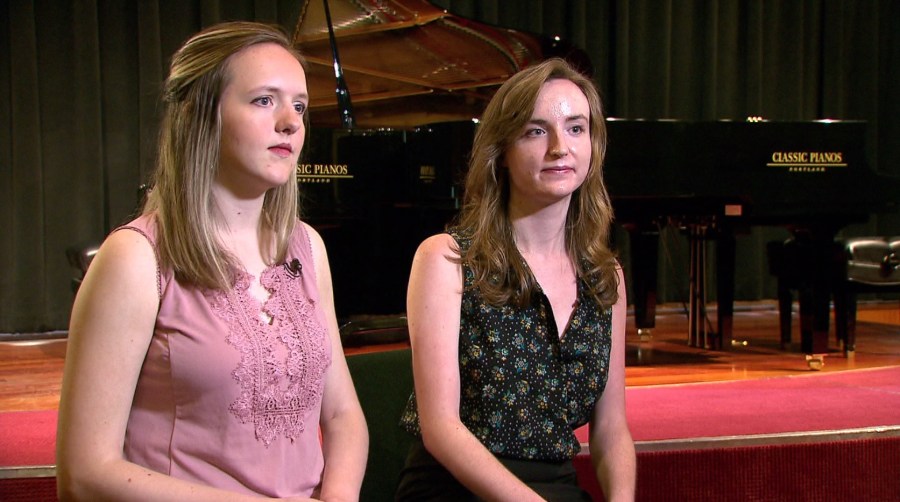 PORTLAND, Ore. (KOIN) — It’s not often you get to hear two pianos play at once anymore. But two local women are making such a mark in music.

Up until 5 years ago, Melissa Terrall and Colleen Carney didn’t know each other. A mutual music teacher thought they might work well together — she was right.

“She felt we were so in sync, we just played together so well,” Terrall said. “But what is that? I’m not really sure. It’s just like chemistry or something.”

They play classical music and said it’s unusual to see two pianos on stage because it’s “hard to fit both of them on all stages…. which is a shame since great repertoires have been written,” Terrall said.

Most recently the two won first place at the National Federation of Music Clubs in Mississippi. The Ellis Competition for Duo Piano Award is the most prestigious duo piano award in the country.

Terrall and Carney have both been playing piano since they were young girls and went on to graduate with piano performance degrees — Terrall from Portland State University and Carney from the University of Nebraska Lincoln.

They are now pursuing masters degrees, teaching and performing across the country.

“When I’m meeting up with Colleen to rehearse, I have someone else to bounce ideas off of, should we experiment with this or this and I don’t have to come up with all the ideas,” Terrall said.

“It’s very enjoyable to be on stage performing with someone else who can share your energy and help you transfer the music to the audience,” Carney said.

You can see them play Sept. 5-8 at the Piano Arts in Netarts Concert on the coast.

KOIN 6 News anchor Jennifer Hoff’s series, Women Crush Wednesday, highlights women who are crushing it. Who do you know breaking the glass ceilings, inspiring others, doing good?  Send a message to Jennifer Hoff.