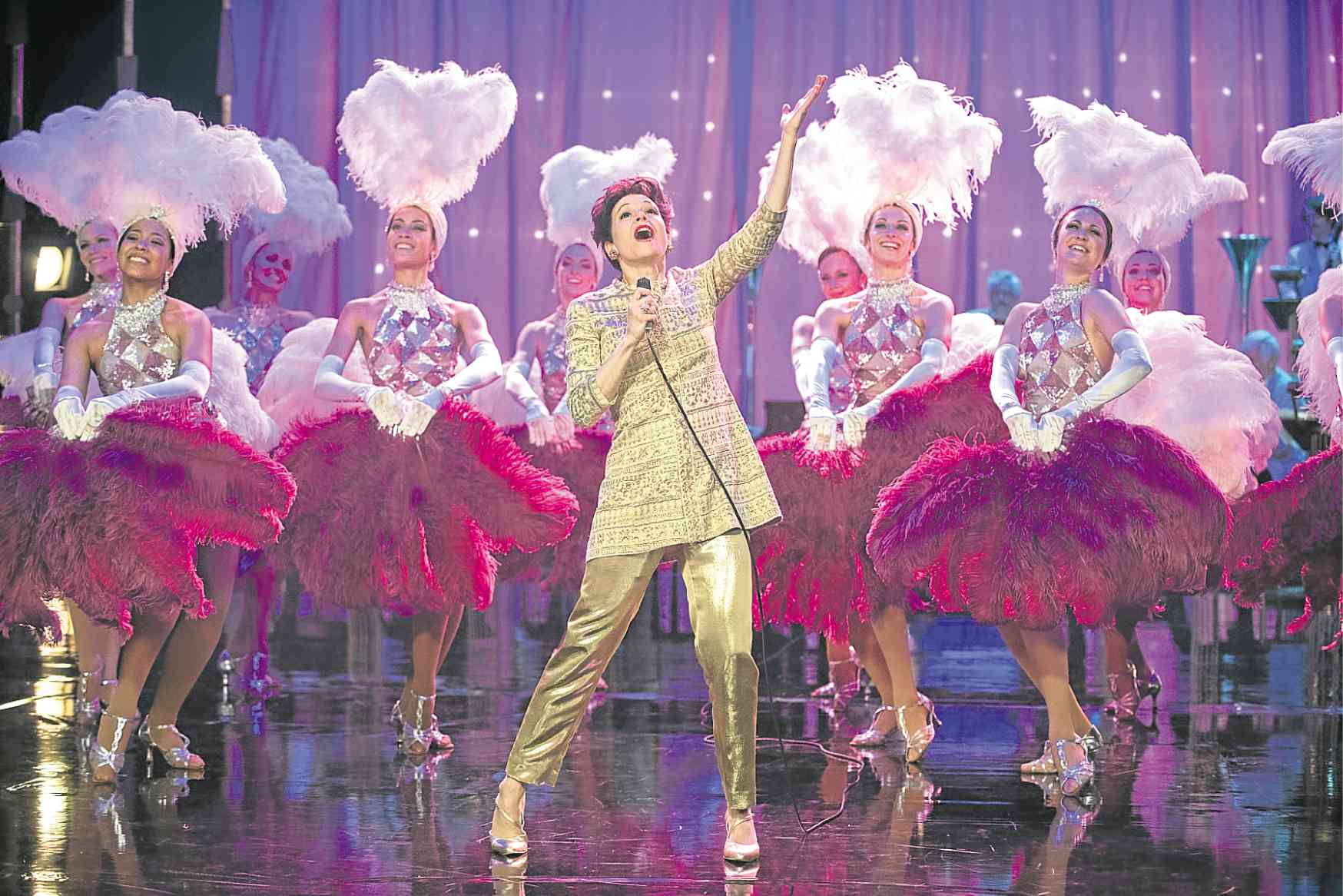 LOS ANGELES—Let me say it outright: Renee Zellweger is stunning as Judy Garland in the film, “Judy.”

Portraying the music icon in her final year, Renee captures her essence, as well as all her mannerisms. If you walked into a movie house showing “Judy” and didn’t know Renee was playing the star best known for her Dorothy role in “The Wizard of Oz,” you would not recognize the actress noted for such films as “Bridget Jones’s Diary,” “Chicago” and “Nurse Betty.”

What’s even more remarkable is that Renee uses her own voice in the singing scenes. In the live performance sequences, that’s Renee actually crooning as Judy Garland. And she’s a knockout.

In director Rupert Goold’s mesmerizing film adaptation of the play “End of the Rainbow,” the year is 1969, several months before Judy died from an overdose of barbiturates. In dire financial straits, Judy travels from the US to perform in a sold-out five-week concert run at the Talk of the Town.

Renee, dressed in a dark off-shoulder dress with a slit, fiddled with a large ring during this interview in Toronto. “It’s my toy,” she said with that disarming smile. “Yeah, I’m a fiddler.  You know how people doodle when they are on their cell phone? I march around and when I can’t march around, I have to fiddle (laughs).”

Excerpts from our chat:

Can you talk about your transformation for the role? It felt like a series of experiments and just trying things. It was a “we.” It was always a collective of people from different departments who were trying to achieve a particular goal just to see if we could find the little things that mattered and made a difference and extract whatever didn’t.

So it was that way with Jany (Temime) in costumes, Jeremy (Woodhead) and Robb (Crafer) in the makeup chair and onward, the composer and song producers. Andrew (Bonner) was playing piano when we were rehearsing. It was always in motion.

We went through many iterations of what the look might be. I was very happy when I had a full face of prosthetics and massive cheeks. I loved it.

Rupert felt that more than a likeness, the emotion was essential and that he wanted this to be not an imitation, but for it to be more of an exploration toward understanding.

And how long did you have to sit in the makeup chair? A couple of hours. Then, we whittled it down and some days it took a little longer because sometimes … he had a couple of people who would put the contact lenses in.

Judy Garland had all those mannerisms, especially with her hand gestures. How did you study those little nuances? All the time you spend digging and digging—the YouTube rabbit hole, going to the fan sites to see what anecdotes people are sharing, watching any of the archival footage that I could find and listening to audio recordings, sometimes from people’s private collections which were a magnificent find. 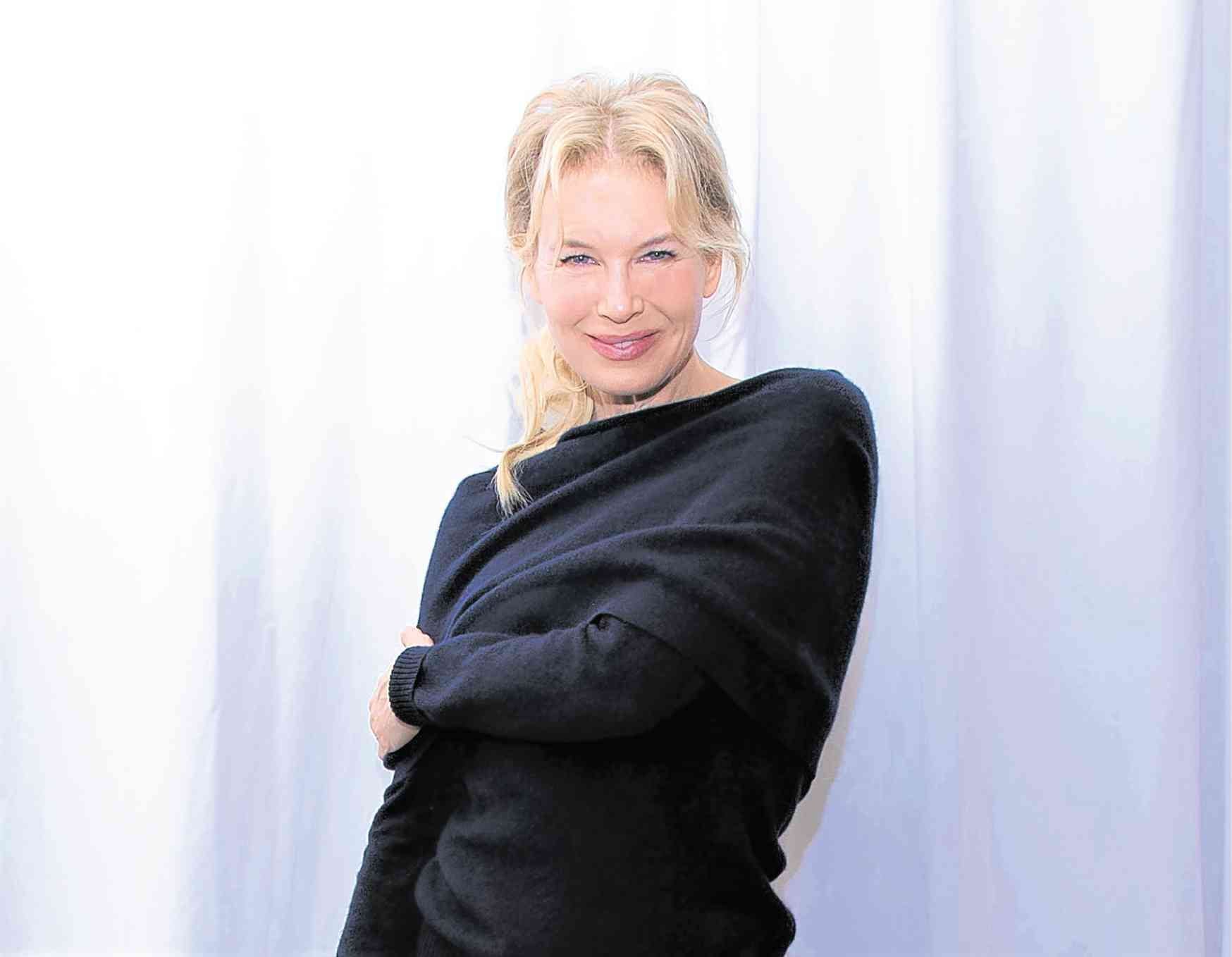 And from biographies and autobiographies, which described how she carried herself.

Judy seemed to always take that mike cord and wrap it over herself. Oh yes, like a lion tamer, swinging it around. It was fantastic. It just felt like a security blanket of sorts.

She said that Louis B. Mayer called her as “his little hunchback.” She carried herself in this closed off way where her shoulders were forward…

And again, she was very tiny (she was 4 feet, 11 inches tall). She had a language—she was very animated in a way.

She was not afraid to be big or demonstrative in a way that was wonderful and paralleled her exquisite storytelling ability. And she was so powerful. She was funny.

How did it feel filming those live performances as Judy Garland? I’ve never been so grateful for an exhaustive schedule, because there was a lot of times of oh, this is really happening and he (Rupert) is going to make me do this right now.

Throughout that filming period—I guess it was a week or whatever it was at The Empire—we (she and about a hundred actors who were playing the audience) became pals. We were collaborators and were recreating this Talk of the Town environment, sharing stories and favorite things about Judy and the common denominator was affection [for Judy].

How did you maintain your voice? I didn’t. It was rotten. Oh man, I learned a lot about what you are not supposed to do by doing it and learning the repercussions the hard way.

In your personal life, how much do you enjoy singing? That’s funny. You’d have to ask my dogs (laughs). They nestle down next to the piano and we have a couple of sessions a day.

So do you play the piano as well? I wouldn’t say that (laughs). Neither would the dogs.

What struck you about how different the era that Judy Garland lived in, compared to today? There’s a generational difference that is so distinctive—what was expected and valued in women and what was allowed. It seems so far removed from where we are today that it’s difficult to properly understand the way that a woman makes her choices and perceives herself in terms of her own value.

I did read where she shied away from being involved in a financial conversation about London, in fact about Talk of the Town (financial reasons were the reasons why she performed there for five weeks) because it wasn’t ladylike.

And she was very old-fashioned in terms of presentation that “we must be married.” Obviously, there was always a male figure… There was her father (Francis Avent Gumm), whom she adored.

Then, there was the studio head (Louis B. Mayer) and she was beholden to him in some way, trying to please him so that she would remain in good favor…  So, I suppose that it made her feel safe in some way.

How different was your upbringing? I had a different upbringing. I was raised by a couple of free-spirited globetrotters [Emil Erich Zellweger and Kjellfrid Irene (née Andreassen)] who had wanderlust, who wanted to see the world and experience the world.

They just had their 63rd anniversary—it’s hard to believe—in August. That’s so traditional in one sense, but also so encouraging, a sense of curiosity and adventure and nurturing those things in my brother (Drew Zellweger) and me.

So, there was never boredom in the house. So, there haven’t been things that created residual damage that made me feel less whole from living a life or creating it on my own. 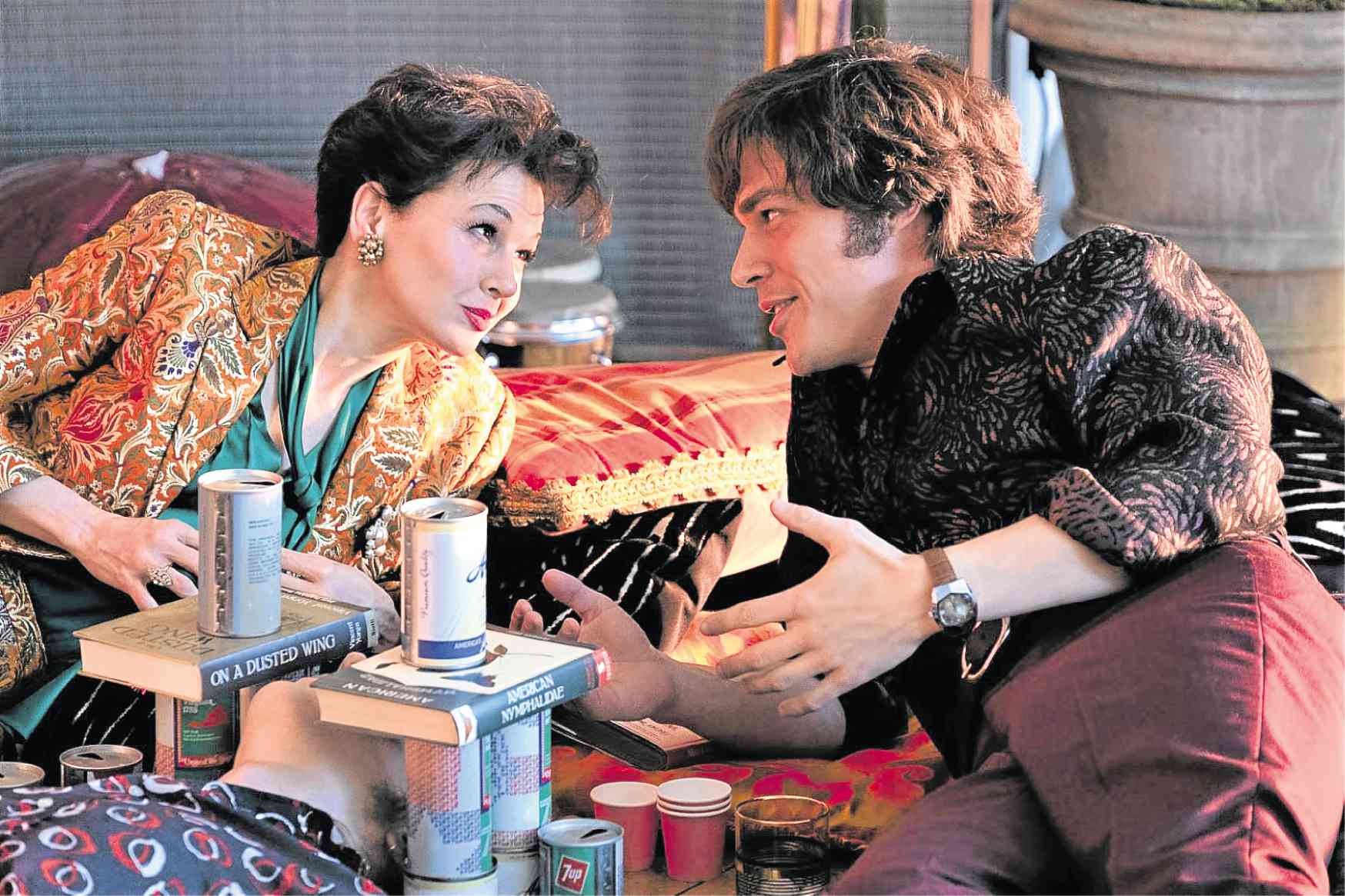 That’s three years more than Judy Garland lived (she died at 47). She was destroyed by the business. How did you avoid being destroyed? It was a different generation, obviously.  And women of my generation have more agency and autonomy and an ability to participate in the trajectory of their careers, on where things are going. You can speak up if something feels uncomfortable, if you don’t want to do something.

Also, I wasn’t introduced to substances. People were ignorant of the effects of sending a young person down that path. There’s a better understanding of things like that now.

If I was ever in any emotional danger, I have a circle of friends and people that I work with and family, who would say, “Hang on now. Let’s talk about that and maybe that’s not that important.” That’s maybe where I don’t feel that Judy was protected in that way.

And in turning 50, how do you feel? Oh, I love it. I feel like a kid. Everything is new again, like we made it and now, what?  It’s very exciting. I find it like a rebirth of sorts.