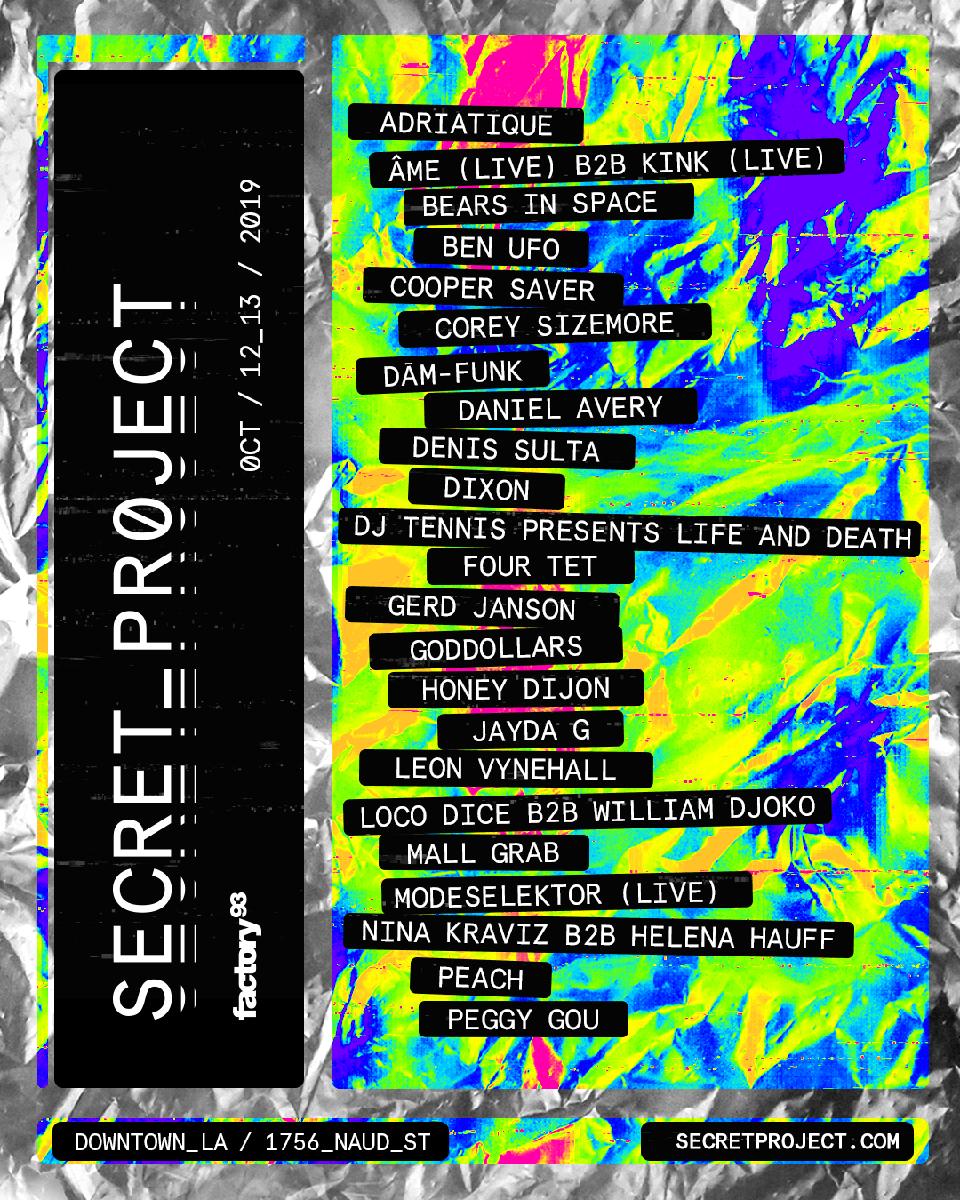 LA-based events promoters Insomniac will host the second iteration of their new dance music festival Secret Project on October 12th and 13th at Chinatown venue 1756 Naud St, further cementing the downtown area as an epicenter for underground electronic music. The return follows a well-received maiden voyage in 2018, which saw a techno-heavy bill fill up two sprawling outdoor stages. In year two, the lineup is emblematic of the area’s vibrant underground electronic music scene in 2019.

Between the legendary DJ prowess of both Ben UFO and Four Tet , the established voices are undoubtedly represented at the festival. At the same time, SP 2019 leaves plenty of space for some of the more compelling young voices in contemporary electronic music, including Mall Grab, Peach, and Peggy Gou. Additionally, outside of Dam Funk—a local Electro maestro and mainstay of LA’s Stones Throw Records—the lineup is curated with a geographically-broad lens. DJs from Germany, Italy, Canada, The Netherlands, and beyond flank American performers.

The showcase is just another entry on the growing list of independent electronic events that the city’s downtown area has had to offer in recent years. Outside of the major festival circuit, venues like Human Resources, Gin Ling Way, and The Viaduct have thrived alongside Secret project’s preferred 1756 Naud space as premier locations for quality underground events.

Tickets for the two-day event can be purchased here.