The lights are low, the music is on, and an east London bar that is filled to capacity on a midweek evening has customers sitting in groups, but not speaking. Some have their eyes closed, others fiddle with their hair. Everyone is bathed in sound: rich, velvety jazz played out by Tokyo-based producer Chee Shimizu, on a sound system built and customised to the highest specifications.

The mantra tonight is inspired by the culture of the listening bars that proliferated in Japan after the second world war: “Talk less, listen more.”

It’s a concept now influencing nightlife everywhere from São Paulo to San Francisco, Barcelona to Berlin, where bars, cafes and restaurants are aiming to satisfy even the most ardent audiophiles. When music is both so freely available and disposable, and hi-fi equipment is increasingly expensive and esoteric, it seems a high-risk gamble. How did the listening bar catch on?

“I think it’s part of a larger movement, like slow food and mindfulness,” says Colleen “Cosmo” Murphy, a DJ, producer, founder of the Lucky Cloud party and the world’s most popular record club, Classic Album Sundays. “Younger generations especially never grew up with the experience of listening to music on high-end equipment. Now most people can’t access it because it is quite expensive, but when you offer a public venue, they can hear [music] differently than they ever have before.”

The idea with Spiritland is to ‘give respect back to the artists and their creativity’, sitting down and actively listening to music.

Murphy, a celebrated audiophile in the music industry, is wide eyed. “It’s like only eating McDonald’s all your life and then going to Le Gavroche for the first time and being ‘Oh, food can taste like this?’ It’s kind of hard to keep going back because you’re very used to it, it’s convenient – and fast food still has its place in the world.”

It’s a theme backed up by Aneesh Patel who owns the east London bar and restaurant, Brilliant Corners, with his older brother Amit. There is a noticeable trend, he says, of people rediscovering what it’s like to listen to music on a decent sound system “in the same way there are similar trends in other things involving slowing down the senses”.

Brilliant Corners, named after the Thelonious Monk album, hosts Murphy’s Classic Album Sundays listening events alongside album launches and specialist sessions, but it was predicted to fail within two years. The warning came from Amit and Aneesh’s father, who now gets misty-eyed at their success. At the time, he couldn’t understand why his two successful lawyer sons were devoting their time, energy and money to a place that couldn’t even afford staff in the first few months.

They were inspired, says Aneesh, after witnessing parties whose organisers would travel to venues with their high-end sound systems to build and dismantle them just for one night. The Patels were baffled that there was no permanent venue in the country that could offer the same consistent audio quality, and so six years ago, helped by friends, they opened the bar after work on a Friday until the early hours, and reopened on Saturday and Sunday nights before rolling back into work on Monday.

Since then, Spiritland (in King’s Cross and the Southbank), In Sheep’s Clothing (Los Angeles), Public Records (New York), Hang Dai (Dublin) and many more have opened their doors. Each of them follow the ethos of allowing music to cocoon customers with all the detail, depth and texture of its original recording, at the optimum decibels with fine-tuned audio equipment. The idea is to be able to speak, drink, eat and listen at a level where everything can be heard and no one needs to shout.

It’s an experience that may seem anathema – or a welcome relief – to most on a night out in the city where, more often than not, the music is too loud, people screech to be heard, and the clang of cutlery against crockery becomes abrasive white noise. This is unlikely to change anytime soon: it has been repeatedly proven by scientific studies that the louder and livelier the music is in pubs, bars and restaurants, the faster people drink, eat and spend more money. But a backlash against that is now thriving, albeit as a subculture.

Paul Noble, co-founder of Spiritland which reportedly hosts a sound system that costs close to half a million pounds, says the principle is “to give respect back to the artists and their creativity”. Sitting down and listening to music actively, rather than as a background hum in a permanently stimulated, multi-tasking environment, is not a luxury many people often indulge in. Specially created social spaces hope to offer the next best thing.

“When the mood is right and the lights are right and the music hits you, it’s a magical experience,” he says. “There is a lot of discourse and hype and bullshit in music, but at the centre there is something really valuable worth celebrating.”

But not everything sounds great at an audio level this advanced: modern pop designed for earbuds is often highly compressed, while record labels have created a cottage industry of reissued albums aimed at burgeoning music fans that, to the trained ear, are simply a sham. 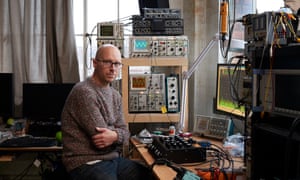 Justin Greenslade, who handcrafts and builds audio equipment for venues and producers, including the set-ups at Brilliant Corners and Spiritland, is enthusiastic about the listening culture but unimpressed by the bandwagon circling it. “Digital releases sound dreadful because they don’t come from the original reels on which they were recorded, and now majors are re-releasing albums on vinyl that came off CD.”

Greenslade’s studio in north London is rammed with a boggling assortment of equipment. He winces at being labelled an audiophile, although does admit that he spent the previous evening at a “mixer party” hosted in a room above a pub.

To clarify: it was an event for sound engineers and enthusiasts to evaluate each others mixers. “Paying attention to the acoustics of the room – low ceilings, panels, is the most important thing,” he says to anyone looking for advice. “An affordable but well implemented system will always sound better than an expensive one in a concrete bunker.There’s an awful lot of snake oil in the hi-fi industry.”

Murphy agrees. “There is no such thing as a ‘best sound system’, it’s subjective. Once you get to high-end audio, when they say they have ‘the best’, it means they don’t know what they’re talking about.”

She guides me through her intricate stereo set-up at home, where one room houses all her records and the family space is organised around an awe-inspiring level of audio nerdery. “Someone like Colleen is a rarity,” says Noble. “She’s totally lived her life in pursuit of perfection. Most DJs turn up, play the tunes and take the money, say goodnight.” Why is it so important to her? “Because music is so important to so many people.”

Trends forecaster Sabrina Faramarzi, whose work focuses on uncovering patterns across socio-cultural phenomena, says the scene has yet to peak and predicts there are many more such spaces to come.

“Right now, we are re-learning how to explore our experiences with sound,” she says. “In the future, I think we’ll see more stuff around touch. Both senses are the first we experience in the womb, so they feel safe. Our visual sense, which is our most over-stimulated, is developed much later. A lot of people forget that sound is a physiological experience. So much of our world is visual, and the increased popularity of listening bars – and even podcasts, audio books and ASMR [autonomous sensory meridian response] – are an antidote to excessive screen time.”

At Classic Album Sundays events, where people can spend a couple of hours listening to an album together in a communal public space, phones are turned off – but their absence causes a noticeable twitch. “It takes about two songs for people to properly switch off and relax,” says Murphy. Earlier this month she hosted a session for Joni Mitchell’s Blue; next month she’ll play Erykah Badu’s Mama’s Gun. Satellite album events are hosted across the US, Europe, Australia and Japan.

In September, Amazon launched a higher tier of its music streaming service allegedly aimed at audiophiles: lossless versions of audio files – tracks that are of CD rather than standard digital quality – which couldn’t be matched by Apple and Spotify and were priced at a level that undercut rival Tidal. 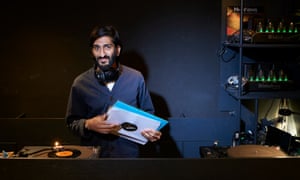 Over on the high street, Neil White, a senior buyer at Richer Sounds, says that although wireless and smart speakers are “flying off the shelves and are by far our biggest sellers”, electronics stores predict that these customers will “come back in the next two years to invest in better quality hi-fi equipment again. The convenience of Bluetooth speakers is the entry point for the average customer to listen to music like they used to.”

Murphy says that “listening to music in any way is great because it’s listening to music”. People often come up to her from the dancefloor at Lucky Cloud to ask what the song she just played was, and then don’t believe it’s something they already knew. “It’s because,” she says, “they never heard all the layers and parts of it before.” That revelation in sound is what keeps everyone interviewed hooked.

“I can listen to things now that I might have found boring or challenging before and can listen to them in so much detail and have more patience for it and it can wow me with its intricacies,” says Aneesh. For him, and the others, the public appetite for active, immersive listening and a resurgent interest in quality audio equipment can only be a positive thing – even if it has sent prices through the roof: the Klipschorn loudspeaker, now a staple for bars claiming audiophile status, standing at 5ft tall and first manufactured 73 years ago, could be snapped up for less than £10,000 five years ago. They now sell for around £18,000 each.

Audiophile culture may never really have gone away but younger audiences seem more interested precisely because our ears never switch off and are so battered by sound. “It’s odd to go to a lot of clubs these days where they give out earplugs,” says Aneesh. “You wonder why dont they just turn it down so you can use your normal ears. It’s quite a weird concept to have a sound system set up, but then stuff something in people’s ears so they can still feel it, but not hear it properly.”