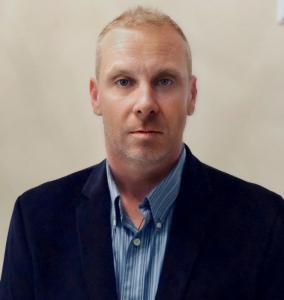 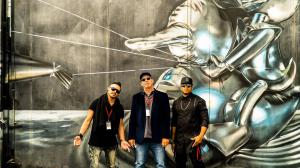 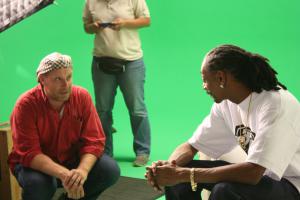 Glenn with Snoop Dogg on a commercial set

SM1 Music Group / Sony Music promotes Glenn Christian Maginnis to Sr Vice President of the label. We are all so excited to work with Mr. Maginnis

The key to success is having a wing man that can actually implement your vision from start to finish and
Glenn Maginnis is that person. “A GO TO GUY” from our Celebrities to our Employees.”

LOS ANGELES, CA, US, July 23, 2019  — We are proud to announce that we have hired Glenn Maginnis as our Sr Vice President of SM1 Music Group / Sony Music. Glenn will be dealing directly with each and every artist on the label. We are very excited to have him join our team. Glenn has a very diverse background in the world of entertainment.

Glenn has been involved with music throughout his life. As a young child he hung out at the legendary Casablanca Records offices. His father J. Patrick Maginnis Esq. was on the legal staff at Casablanca Records. Glenn got to meet and talk to artists like Kiss, Donna Summer and the Beach Boys backstage. Glenn has worked on over 700 music videos in his illustrious career. Here is a list of some of the artists Glenn worked with on those music videos; Diddy, Snoop Dogg, Red Hot Chili Peppers, The Killers, AeroSmith, Mary J Blidge, Sound Garden, Dido and many many more.

Most of Glenn’s Career has been in the freelance film production world. Glenn has worked on over 1200 commercials, 700 music videos and numerous tv shows and movies in the past. Besides that he worked at Columbia records in the public relations department with acts like Bob Dylan, Cypress Hill, Alice In Chains and many other great musicians. Glenn was also the Race Director and Expo Director for the San Francisco Marathon, and he helped to organize Bay to Breakers, San Jose Mercury Press Run and Bridge to Bridge after he left the TV Show Nash Bridges.

We are looking forward to utilizing Glenn’s diversity, strategic alliances and problem solving skills in the work place here at SM1 Music Group / Sony Music. Glenn Has already helped to put together an amazing A&R team at SM1 Music Group / Sony Music. He has helped us obtain some amazing artists already including ZupaNova, Iakopo, Don Woods, Quest 1, Dub-T, Don Louis, Blythe Baines and many more. Glenn has a knack for finding new talent.

Glenn is our resident emergency room doctor. Glenn is our Phoenix bird. He is calm and calculated under pressure not only when events are rolling peachy keen, but also when a train wreck occurs. Glenn is patient under pressure and does not turn hysterical. He rises from the ashes to fight another day. This comes from his days as a 1st AD (1st Assiatant Director) and Stage manager. Glenn is a pleasure to be around. He is respectful, creative, humorous, able to endure creative criticism and is not spiteful or demeaning. Glenn is also industrious and efficient both in the workplace at the cash register.

Glenn was instramental in getting Iakopo to sign with SM1 Music Group/Sony music. Iakopo’s video “Stay” is closing in on 13,000,000 views in 1 month.