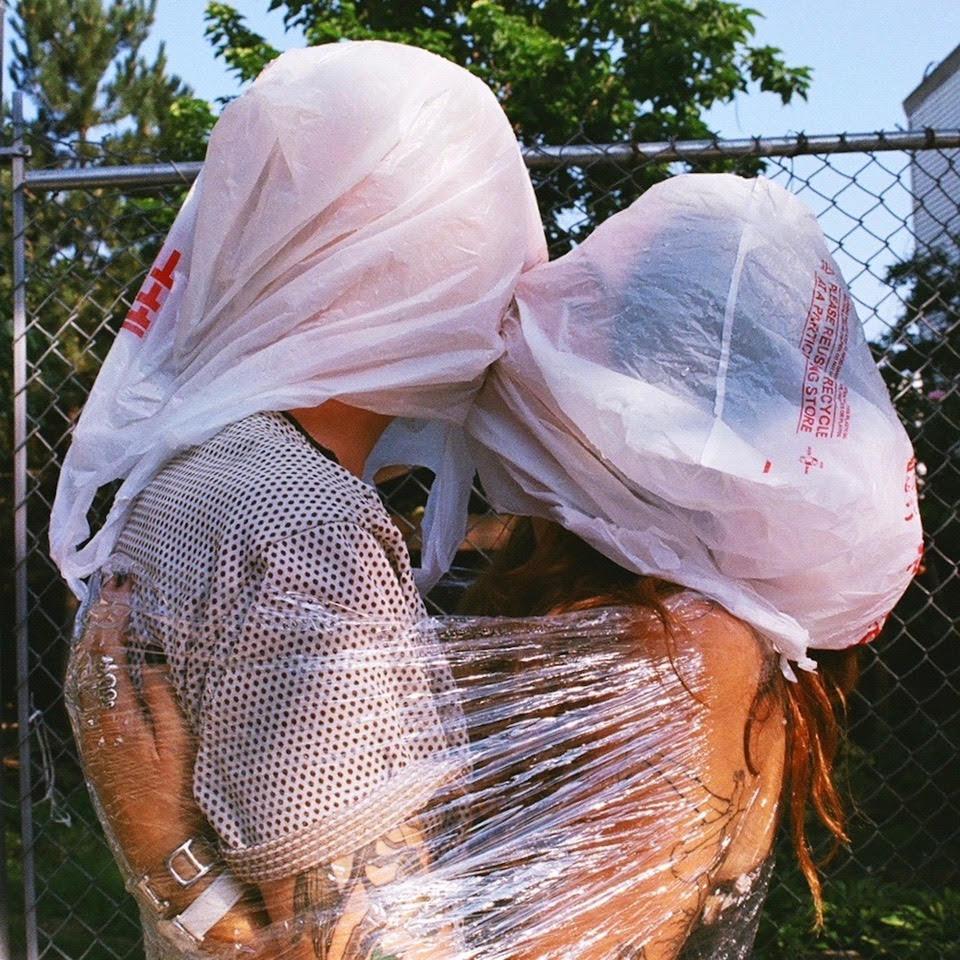 If 20 years ago The Cure announced they would be touring with Slayer, metal-heads would have probably rioted over such an obscure idea. However, much like the music industry has evolved, elitist tendencies have as well, specifically within the heavy music community. Now more than ever, hardcore, metal, and punk are widening their musical boundaries, and the scene is experiencing somewhat of a breakthrough in crossover tours and genre experimentation. Soft Kill, are one of the more recent bands to spearhead this idea and movement. The Portland post punk band recently toured the US as direct support to Skelotonwitch; a blackened thrash metal band. Since then, they’ve announced yet another cross-genre tour with Vein, the young and wildly praised metalcore band. If the tours weren’t enough, Soft Kill have suddenly pushed the boundaries even further, and have released a split single with the hardcore group Portrayal of Guilt, as well as signed to Closed Casket Activities. While this release and unification is a good omen to the heavy music scene, Soft Kill’s split single, “Tin Foil Drip,” tackles an even larger issue; the drug and opoid crisis in their home town of Portland, Oregon. It’s easily the band’s most poignant release to date, and the juxtaposition between Portrayal of Guilt and Soft Kill works beautifully. In the wake of this release, Soft Kill’s Tobias Grave has offered a few words of explanation, as to how this split and new label came into view.

You guys are signing to Closed Casket Activities, how exactly did this come into fruition?

We had done two records on Profound Lore, which was clearly a step outside of other people’s comfort zones. There’s been a lot of talk of “you guys should be on this label or that label,” and I’m kind of the antagonist that goes against the grave with that stuff. I always felt it was cool to be on a label where we stuck out, and we got to a point where I thought that it was maybe time to try something different. Danny, who does Holy Mountain Printing, he hit me up and was like “what about my homie’s label, Closed Casket [Activities]? It would be weird but it would be sick, and he loves your band.” Justin and I got on the phone and we talked back and forth about that idea, and every thing from just funny gossip, to bands, to geography, we just talked forever. We had talked to a bunch of different labels and ultimately [Closed Casket] was just the only one I really trusted and that cared.

How’d you guys get into recording a split with Portrayal of Guilt?

So we had hired some really bulls**t management who represented good bands, but they just didn’t know what to do with us because we have such a spontaneous way of doing business. We’re like a clothing brand, we’re like “oh we’re going to do a new shirt this week.” The only thing that they confirmed for us was what we thought was a terrible idea for a tour where we were main support for Skeleton Witch. We dreaded it, and no offense to any of those bands, but it’s like “what would we do on this tour, what would people really think of us?” And the opener was Portrayal of Guilt, and I had heard of them and thought they were great, and I said “this might be the saving grace,” in terms of somebody to hangout with in this world we’re not used to. We had the best time with them, we love their band, and we played numerous shows on off days with just them. Somewhere around El Paso we were like “lets do a split.” They had just signed to Closed Casket and they knew we were talking to Closed Casket, so we thought what a great way to celebrate our friendship, and that we’re both on this tour.

So was this Skeleton Witch Tour the gateway into doing these cross-genre tours and splits for you guys?

Yeah, we did three shows with our friend’s Harm’s Way, maybe about a year ago, and that was kind of testing the waters. The Skeleton Witch tour, to be completely transparent, every night that I walked on stage I went “we’re going to get pelted with s**t, this is such a terrible idea.” But I walked off stage each night and was like “that was unbelievable,” it exceeded all expectations. Kids are clearly into everything again, they don’t want to go see a bill that blasts grind-core down their throats for eleven bands. We were like “this is fun, I don’t want to tour with bands that are suggested to us,” how boring would it be to just have the same mood throughout whole night. Vein is a band that we love and the Skeletonwitch [tour] was definitely a gateway to believing that made sense, but I feel way more at home in [Vein’s] realm than I do on a straight up traditional metal tour.

Do you think the elitism that often comes with heavy and underground music is starting to fade?

Oh for sure, it doesn’t feel that foreign to me because when I was growing up you’d see Converge and Piebald playing together, and there was clearly this connection between metallic hardcore and emo. It feels like what happened was an age of kids being able to go on the Internet, research everything from down to the most obscure band, and it created this plethora of every type of band. You really have to dig through it and find what’s special. So for a while elitism, it got created because people could just go to a bar that only played metal, and they would hang out with their metal friends before they went to a metal specific venue, and watched metal bands. Now that’s starting to fade, and there’s a lot of really cool bills where it’s a heavier band, and then a band like us, I feel like we’re a heavier band without being a heavy band. It totally connects together which is awesome because like I said, walking into a room and experiencing the same band for hours, like I couldn’t do that five nights a week, and that is some people’s schedule for shows, they’re die-hards.

Do you think post-punk and new-wave are seeing somewhat of a revival with band’s like yourself, Drab Majesty, and many others?

Yeah, it’s another thing that has come back super hard. I hope this doesn’t come off as a chill way of me saying “we were doing this before everybody else,” but when we started making this music our first show was with this band Nu Sensae, and this other band White Lung. Nu Sensae is now Orville Peck, and White Lung is a ‘thrashy’ sort of punk band. There wasn’t a ton of what we were doing happening. I watched this little wave where for a while, there was a perfect nest for us to fall into. This sound existed, there was always the Goth promoter that could do your show, and there were always two bands that were listening to what you’re talking about, and emulating it to some degree, some good some bad. You could kind of just exist in that bubble, and that’s cool. I kind of feel like the sounds that we’ve pull from that, they’re still there, but we’ve tried for a while to just grow for our own good, it’s not based off resentment toward that scene. We clearly like that stuff, and we’re not going to make a straight-edge hardcore record, but we listen to Tom Petty and The Replacements, and a lot of traditional rock stuff. I feel like it’s always bled in to begin with, it’s just people like to polarize things and their like “oh you only listen to The Cure, that must be it.” But it’s cool, it’s cool to see a platform for all genres at this point and for it to be doing so well.

Soft Kill are currently touring the US with Vein, and they’re set to hit Europe as soon as this November.