“Soul Train” made history with its 35-year run, shaping much of pop culture throughout its tenure. Now the iconic television series is bound for Broadway as a new musical.

The production will feature more than 20 classic hit songs from the era and tell the personal story of Don Cornelius as he created and hosted the hit music program. Producers Matthew Weaver, Jeffrey Tick and Richard Gay announced Monday that the bio-musical is eyeing a Broadway premiere in 2021, in celebration of the landmark series’ 50th anniversary.

Kamilah Forbes (“Meet Vera Stark”) will direct the project, featuring a book by Dominique Morisseau (“Ain’t Too Proud”) and choreography by Camille A. Brown (“Choir Boy”).

“I am so excited to help bring the narrative of one of our culture’s most influential and legend-making endeavors to the stage,” Morisseau said
in a statement. “Having grown up on this series and being immersed in the culture around it, I never knew what it took to make it the iconic staple that it is.

“Through the socio-political challenges both internally and externally, Don Cornelius’ uncompromised vision, and the revolutionary dance culture that the show made visible to the mainstream, there are a million handprints on what we know as ‘Soul Train,’” she added.
“I cannot wait to partner with this legendary creative team of incredible women to celebrate the history and the unsung heroes of our nation’s longest running televised music and dance series.”

Cornelius, who died in 2012, created “Soul Train” in 1971.
It highlighted performers of R&B, pop, soul, hip-hop, funk, jazz, disco and gospel, and featured a cast of ethnically diverse dancers who regularly introduced new dance moves and styles on a weekly basis. 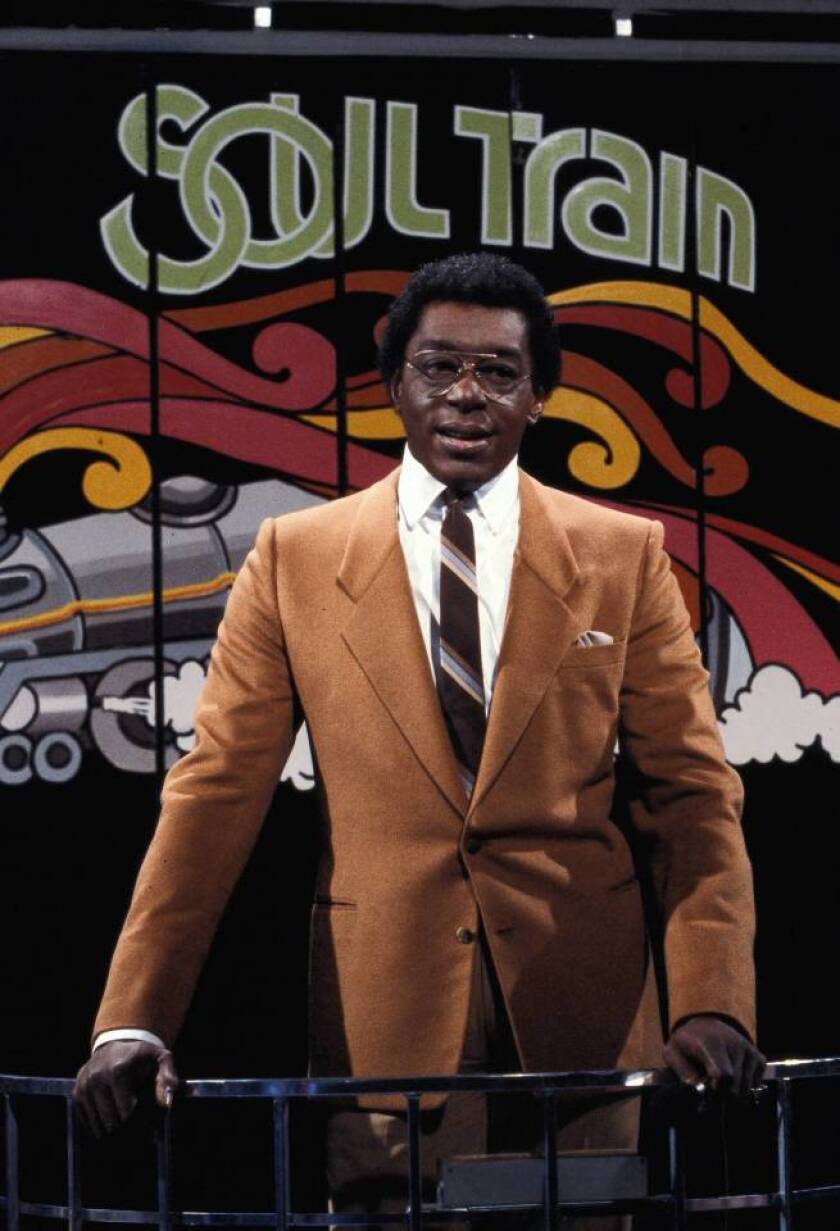 The musical will focus on creator and longtime host Don Cornelius.

“During those two decades, we were on top of them all in one way or another, either presenting the guests or playing the records. We were just flat out in love with the music,” Cornelius told The Times in 2010.

“That was the period when soul music grew up. It was born in the ‘50s and ‘60s, but it became sophisticated during that era. Record stores were cropping up and Motown emerged to allow the music to cross over to the point where all cultures were listening to soul music,” he added.

When the final episode aired in 2006 after 35 years
, it was the longest-running, first-run, nationally syndicated program in television history (a title most recently claimed by “Wheel of Fortune”). BET Networks acquired the “Soul Train” brand in 2016, and is the home of the annual Soul Train Awards and the period drama series “American Soul.”

“For 37 years, and with purpose, through music, dance and style, ‘Soul Train’ brought Love, Peace & Soul to a national audience,” said Tony Cornelius in a statement. “Honoring his accomplishments, creative vision and legacy with a Broadway musical only emphasizes the impact ‘Soul Train’ has had on our American fabric.”