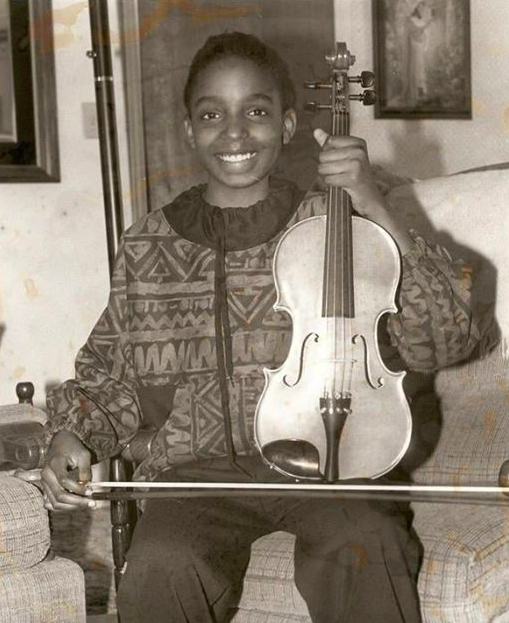 Courtesy Syrhea Conaway Conaway with her violin after winning a bronze medal at a state music competition at the age of 10.
Last week, St. Louis-based multi-instrumentalist and music instructor Syrhea Conaway’s car was burglarized in midtown, with multiple instruments and pieces of sound equipment stolen.

Out of all the expensive items stolen, the worst loss for Conaway was her George Brunner Antonius Stradivarius violin, which she’s owned since she was 9 years old. Conaway says that despite the rest of the equipment being incredibly expensive to replace, the loss of the violin has been completely devastating for her. When reached my phone last Friday, Conaway expressed her frustration and sadness over the theft. “It’s something I never could have imagined myself being without,” she says.

Unfortunately, Conaway isn’t the first musician to have gear stolen in St. Louis; in fact, she joins a sizable group of local and national acts that have been burglarized or robbed in St. Louis over the past few years. In May 2018, St. Louis City cops busted a musical instrument and equipment theft ring in town, recovering a large quantity of music gear and equipment, some of which had been stolen back in 2014.

“Artists and musicians seem glamorous and affluent to people outside the business, so it makes them easy targets,” Conaway says. “But most of the time, even musicians [who] are idolized, they really don’t have a lot of money at all, and they work incredibly hard for what they have. To have everything disappear in an instant can be a huge hit.”

Conaway says she’s received an overwhelming amount of support from close friends and members of the music community since the theft. Friends and fans are hopeful that Conaway’s equipment will be returned, but in the meantime, a GoFundMe page has been established to cover the costs of her stolen equipment.

More as we learn it.

Sign up for our weekly newsletters to get the latest on the news, things to do and places to eat delivered right to your inbox.