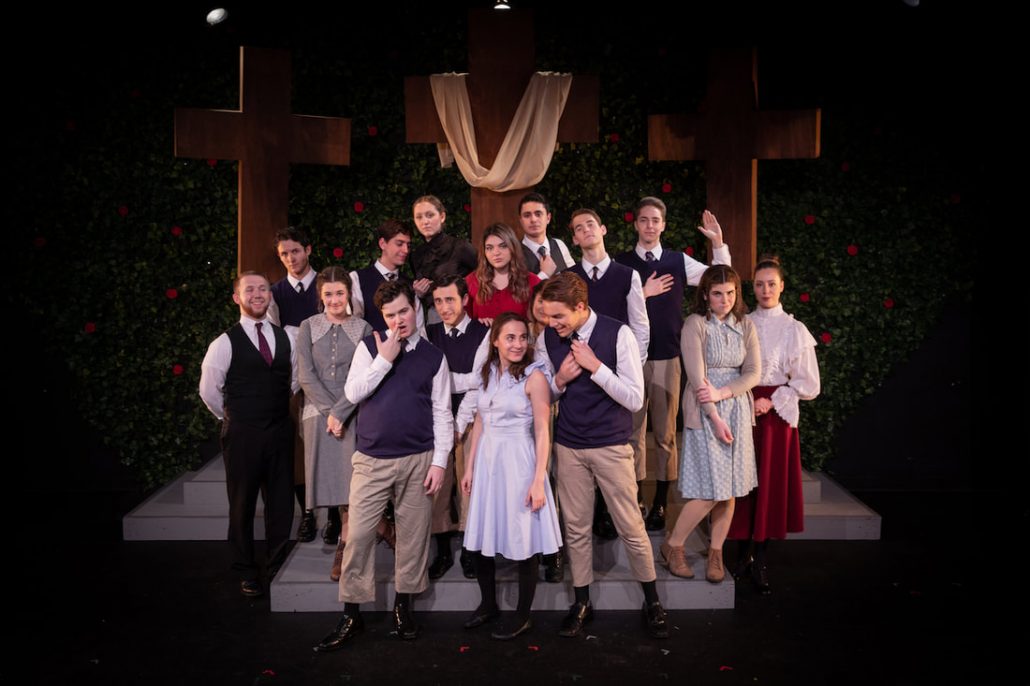 The USC Musical Theatre Repertory, whose 2018 season included “Spring Awakening” involves students in every aspect of putting on a production, from starring in lead roles to designing sets and costumes. (Photo courtesy of USCMTR)

Anyone doubting if musical theater is alive and well at USC need look no further than Musical Theatre Repertory, an entirely student-run theater company started in 2005 by alumni Lili Fuller and Steve Edlund. Every production is directed, produced, choreographed and performed by students. Since the organization’s beginnings, MTR has put on at least two performances every school year. Last year, the Repertory tackled two challenging productions: “Avenue Q” and “Spring Awakening”.

While many students from the School of Dramatic Arts are part of MTR, the club is not directly affiliated with it. It’s made up of students from all USC schools; whether they study at Roski School of Art and Design or Viterbi School of Engineering, one thing connects all the students involved — an unbridled passion for musical theater.

Show director and club president Tyler Ellis, an SDA senior, has been part of MTR since his freshman year and credits the club with making his college career as special as it was.

“[MTR] is such a good way to throw yourself into something,” Ellis said. “You have the common goal to make a really good show and it’s with people that have a passion and want to devote their time to making something bigger than themselves.”

Students interested in being a part of MTR can get started right when school begins. Auditions for the first show of the semester (“The 25th Annual Putnam County Spelling Bee”) take place after Labor Day. The cast will rehearse for three weeks before performing from Sept. 27 to 29 at the Massman Theatre.

“The 25th Annual Putnam County Spelling Bee” is a crowd-pleaser featuring one continuous act and nine actors. The musical’s format fits perfectly with MTR’s relatively short three-week rehearsal period. According to Ellis, the show is quite “hilarious and heart-warming” and is the first time in MTR’s 15-year history that it is repeating a show. Nevertheless, the rehearsal schedule is intense, with multiple hours of practice, six days a week. But beyond committed performers, MTR welcomes those interested in working behind the scenes.

“We’ll put you on crew, have you help with costumes backstage, do a soundboard or lighting operation or help pass out programs,” Ellis said.

Later on in the year, students can apply to MTR’s board to help with the administrative aspects of production or even choreography and direction.

In October, MTR will hold auditions for its next show, “Dogfight”. A cult classic musical, “Dogfight” follows a group of teenage boys on the night before they leave for the Vietnam War. Created by Benj Pasek and Justin Paul — the songwriting team behind “Dear Evan Hansen” and “A Christmas Story” — the musical ran off-Broadway in 2012.

Ellis himself will produce the show with director Austin Karkowsky and music director Katie Kivinski, both USC juniors.

“USC does not sleep on artists at all, and some very successful ones have come out of this school,” Ellis said.

With “Spelling Bee,” “Dogfight” and one more musical in the spring, MTR is gearing up for another exciting season representing the University’s performing arts in its own unique way.