TALK OF THE TOWN: No Queen on Meghan Markle’s music list as the Duchess of Sussex snubs Freddie Mercury

By Charlotte Griffiths for The Mail on Sunday

She may be increasingly concerned about her privacy, but the Duchess of Sussex has accidentally revealed some of her secret passions on a music streaming platform.

The account on the popular Soundcloud site has the username Bogart&Guy – the names of Meghan’s two dogs – and follows another user called SpikeyMau5, which I previously revealed belonged to Prince Harry.

Meghan’s music tastes reveal she likes trendy DJs but is just as happy listening to Joni Mitchell and Otis Redding. Alas, there is no place for Queen. Harry, meanwhile, prefers electro music.

But the Duchess might not be too pleased about one person Harry follows on Soundcloud… his old flame Chelsy Davy. 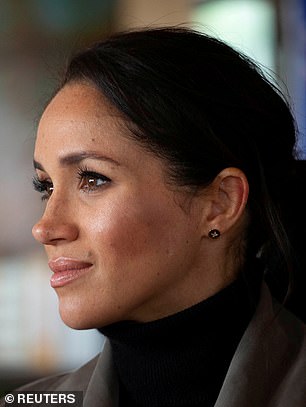 She may be increasingly concerned about her privacy, but the Duchess of Sussex has accidentally revealed some of her secret passions on a music streaming platform. One noticeable absentee from her list is Queen, fronted by Freddie Mercury

Hip Harry’s hot hits  Heimlich Knuller – a ‘minimalist’ Berlin-based DJ.Antonia – a Romanian star of dance and electronic tracks.Housekeeping Records – the electronic music label started by a half-brother of Harry’s ex, Cressida Bonas.Addal – Italian DJ and official remixer for chart-toppers such as Rihanna.Solomun – a Bosnian-German DJ who is said to be ‘redefining European house music’.

Marilyn Monroe famously wore nothing but Chanel No 5 at bedtime – but Rosie Huntington-Whiteley has gone one better with a staggering £3,000 stash of perfumes on her nightstand.

Chanel No 5 is among the bottles in this picture posted by Rosie but at a mere £113 a bottle it’s one of her cheapest choices. There are several fragrances from New York-based brand Le Labo, including its Noir 29 and Yiang 49 scents, which cost £184 each. Also pictured are some bottles from Byredo, including the £165 Gypsy Water.

But although there is a bottle in the foreground with Rosie’s name scrawled on it, it’s not her very own ‘Rosie for Autograph’ that sells for £12.50 in M&S.

Goodness, don’t tell me that Rosie is flogging cheap scent to us mere mortals so she can afford the posh stuff… 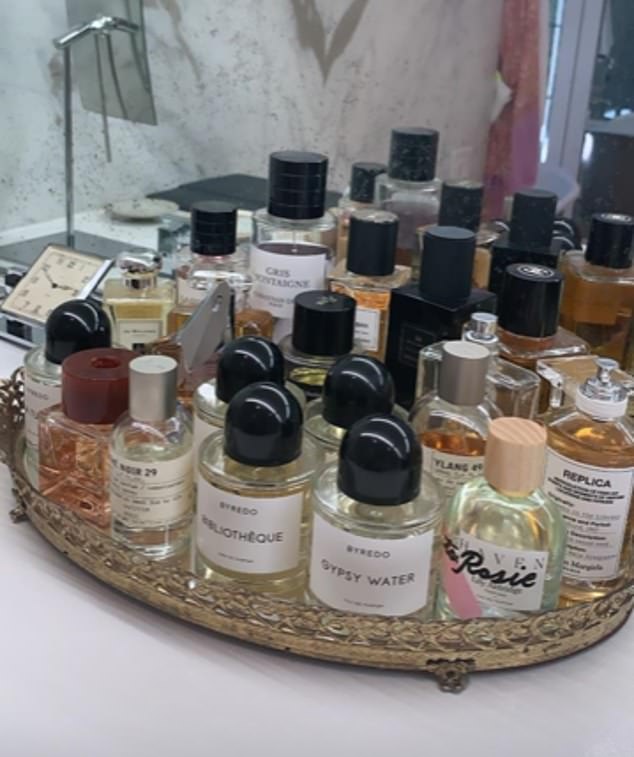 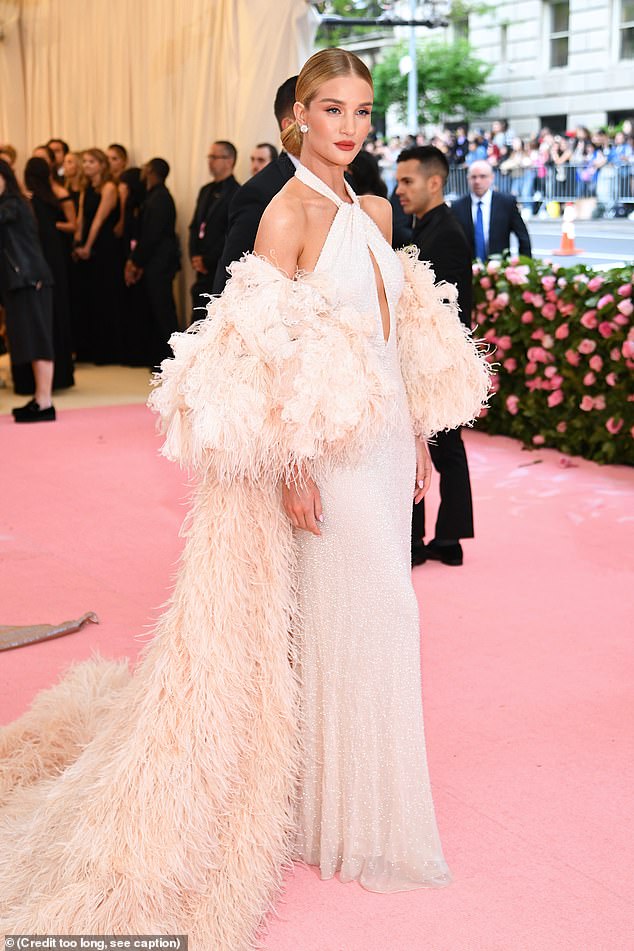 Rosie Huntington-Whiteley has been showing off her extensive perfume collection

I hear the latest naughty nickname for the Duke and Duchess of Sussex in the court of Kensington Palace is ‘Woke and Joke’.

I don’t know which one is which, but I’d guess Meghan is Woke – because, well, daubing motivational messages on bananas for sex workers? Need I say more?

Which makes Harry the Joke because he’s the one who used to have a sense of humour, although these days the joke is increasingly on him.