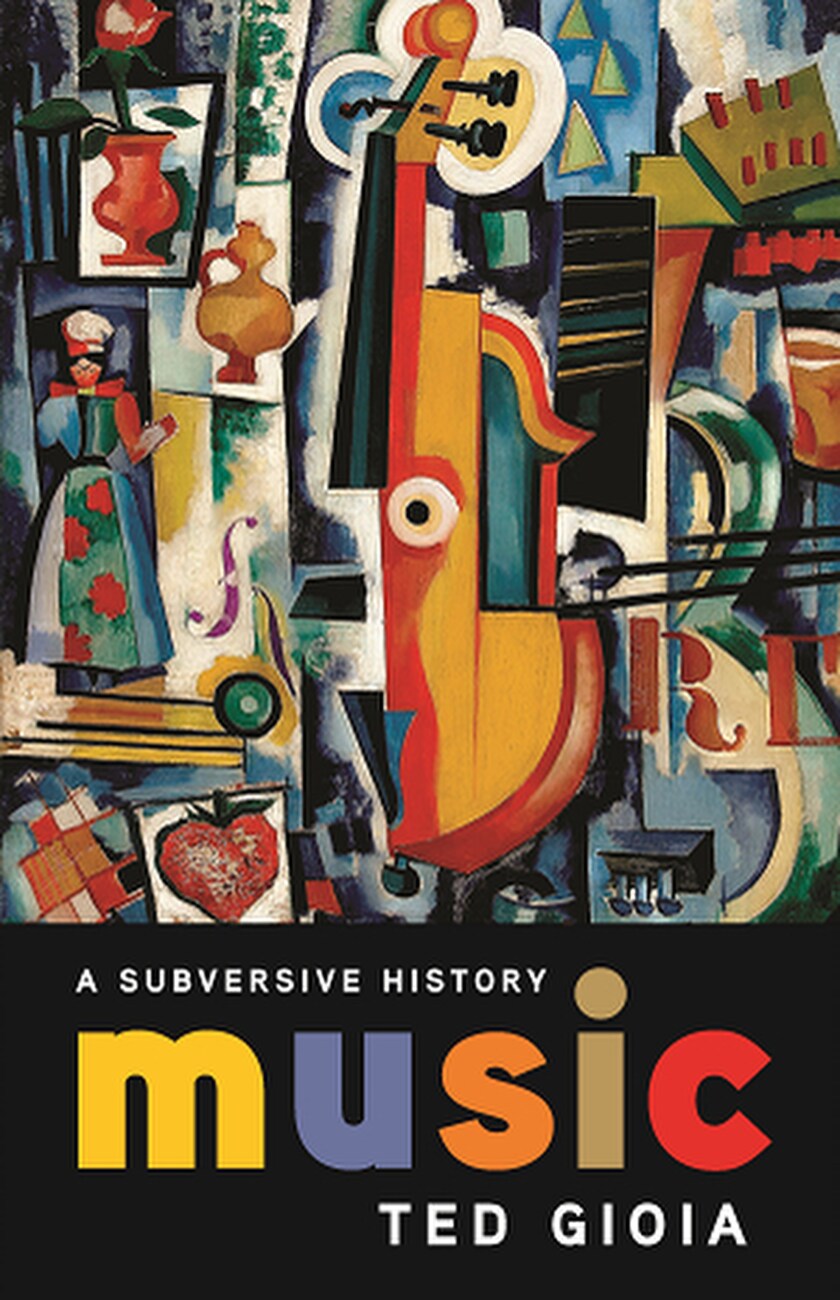 In what he has described as a popularized summary of three briefer and more focused but equally ambitious histories — “Work Songs” (2006), “Healing Songs” (2006) and “Love Songs: The Hidden History” (2015) — Gioia means not merely to summarize the world history of music in 472 pages but to establish that other writers who’ve tackled versions of this task have badly missed the mark. Their crime against scholarship: underplaying “essential elements of music that are considered disreputable or irrational — for example, its deep connections to sexuality, magic, trance and alternative mind states, healing, social control, generational conflict, political unrest, even violence and murder.”

It’s often hard to tell exactly who Gioia is arguing with: mostly “classical” music specialists, I’d venture, in part because few others attempted music history at all until ethnomusicology took shape after World War II.

As someone who’s spent years researching such matters as the music of the ancient world and the age of the troubadours while also tracking current releases, I’m pleased to report that Gioia taught me plenty. But both formally and polemically, he’s swimming in deep water. Its prose pragmatic and its structure baldly chronological, his grand overview is doomed by its very ambition to a sprawl with little chance of achieving all it sets out to. These flaws weren’t inevitable.

Ted Gioia’s latest book, “Music: A Subersive History,” is nothing less than an analysis of the history of music.

Inspired to investigate further, I went on to read Gioia’s “Love Songs,” which I found gripping, sometimes a page-turner — as with the chapter called “The North African and Middle Eastern Connection,” which focuses on a medieval genre called muwashshahat that topped off verses in classical Arabic with codas in colloquial Arabic or, more remarkably, the local Mediterranean vernacular. But where occasionally Gioia interrupts his rapid progress to devote a few pages to an interesting tale — Abélard and Héloïse, Mozart’s lifestyle, the tragedy of Kurt Cobain — these often seem more like arbitrary place markers and changes of pace than stories whose detailed scale is essential to his argument as a whole.

Nor did I always find his overall thesis persuasive. He overstates the significance of the anthropological findings he begins with. Proving music’s “deep connections to sexuality, magic, trance and alternative mind states” by establishing its undeniable roots in hunting, battle, healing and procreation doesn’t distinguish it from any other human endeavor, all of which sprung from those fundamental activities as human life began to evolve. He’s also rather too impressed at how the history of music is dominated by innovators who are first shunned by establishment tastemakers and then absorbed by them. That’s how human progress works, especially in the arts.

What I found most memorable in this exhaustive history is a six-page, 40-point epilogue called “This Is Not a Manifesto.” Some examples: “3. Songs served as the origin for what we now call psychology — in other words, as a way of celebrating personal emotions and attitudes long before the inner life was deemed worthy of respect in other spheres of society.” “9. Diversity contributes to musical innovation because it brings the outsider into the musical ecosystem.” “21. Music is always more than notes. It is made out of sounds. Confusing these two is no small matter.” “32. Even love songs are political songs, because new ways of singing about love tend to threaten the status quo.”

Not all 40 are as striking, and many aren’t especially subversive. But all counteract the Confucian-Pythogorean rationalism dispatched in No. 19, which was and remains not only elitist and anti-materialist but also sexist: Starting with the so-called Song of Solomon, Gioia details many instances of male authorship attributed to songs almost certainly created by women as well as more general attacks on supposed musical “effeminacy.”

I was happy to read Gioia on many fascinating topics: the songful Sumerian priestess Enheduanna; the musical innovations of Sappho; Plato on his deathbed summoning an aulos, the bassoon-like “flute” he had long disparaged; the bells that dominated the “soundtrack of European life for a thousand years”; Christianity’s propensity to condemn and nurture music simultaneously; the thralldom wealthy patrons forgotten by history imposed on composers who are now household names.

Inevitably, I was less taken with his account of 20th century pop, particularly the rock era. But I was also struck by earlier lacunae. Gioia never mentions that cross-cultural hotbed of female musical innovation, the pharaonic harem. He ignores Dionysus and “Dionysian” Greek tragedy, much of which was sung with aulos and kithara accompaniment. While challenging the truism that troubadour song was invented by noblemen, he gives short shrift to the wandering jongleurs who sang in medieval taverns and hostelries. He never differentiates Mediterranean and sub-Saharan Africa. He glosses over the musical usages of blackface minstrelsy. He ignores such dance crazes as the waltz, polka and foxtrot.

Significantly, many of these information failures involve a term Gioia is ambivalent about: “entertainment,” which he brands “mere,” “idle” and “escapist” at various junctures. I find the jazz, rock, punk and hip-hop Gioia praises as meaningful as he does. But I would also characterize the good fortune that befell unprecedented numbers of ordinary people in the 20th century as a leisure explosion that liberated citizens to “waste” their newfound “free time” on entertainment while also delving into the meaning of life, not least because what began to be called fun less than two centuries ago is a crucial component of the meaning of life.

Both Gioia and I are all too aware that there are still precincts where it’s “subversive” to argue that popular music radiates meaning. We have different ideas about how best to grab hold of that meaning. But I hope we can agree that one of music’s virtues is that it’s ultimately inexplicit, leaving human beings free to pursue its secrets as they will.