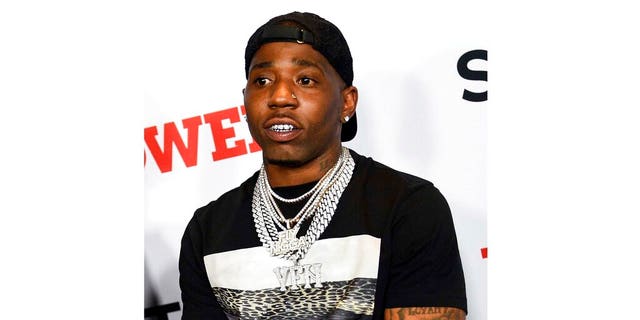 DOZENS OF GUNS STOLEN FROM ATLANTA DURING LOOTING, OWNER SAYS

In this Aug. 20, 2019 photo, rapper YFN Lucci, whose real name is Rayshawn Bennett, attends the world premiere of the final season of Starz TV’s “Power” in New York. (Photo by Evan Agostini/Invision/AP, File)

Police said a 15-year-old was grazed in the thumb by a bullet and was taken to Children’s Healthcare of Atlanta Hughes Spalding, according to reports by Fox 5 Atlanta.

“The investigation revealed that at the time of the incident a music video production was underway when at least three suspects began shooting,” spokesman officer Steve Avery said in a statement. “In addition to the injured victim, several vehicles in the parking lot were damaged.”

Investigators are still probing whether the shooting had any direct link to Lucci or the video being filmed.

The 29-year-old rapper, whose real name is Rayshawn Lamar Bennett, was filming the music video in an apartment complex in the southeastern part of the city, Atlanta police told WGCL-TV, but he was not on the scene when authorities arrived.

Investigators uncovered 21 shell casings at the scene of the shooting. Lucci’s Bentley was damaged during the shootout and was towed away early Thursday morning.