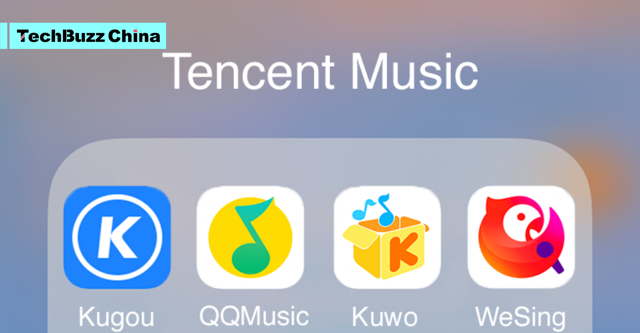 Tencent Music Entertainment Group (NYSE: TME) reported Q2 results for 2019, maintaining fast growth on paying users as well as total revenue. Our projection implies a bottom line growth rate of 20% over the next 4 quarters, which makes TME a good target as a growth stock.

TME released its Q2 earnings results on Aug 12th. The results show continuous growth in both business scale and revenues:

Although the growth rate has been slowing down, TME was still able to achieve over 30% total revenue growth in Q2, marking continuous high growth rate over the past years: 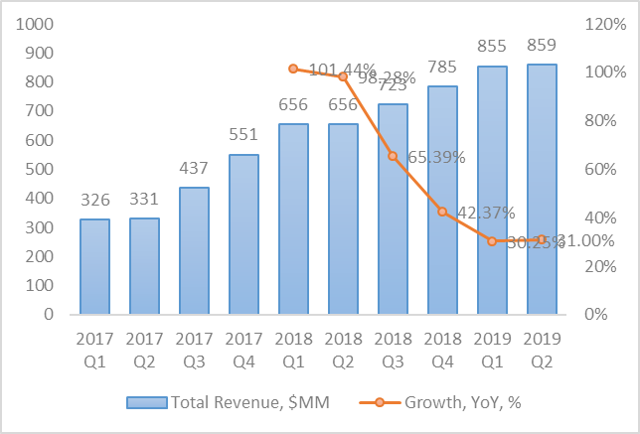 In this article, we want to investigate TME’s future growth potential, by looking into the total revenue growth in the next 4 quarters. We will examine TME’s two major business sectors individually, and combine thereafter to generate the overall forecast. Both of the sectors operate under the same business model:

This enables us to perform a granular analysis on each part.

music subscriptions (takes over 50%), sales of digital music albums, and sublicensing revenues from other music platforms

As the largest music platform in China, we have seen the MAU of TME’s online music services entering into a plateau, with growth rate dropping to below 2%. We don’t expect TME to generate double digits MAU growth in the future, and we think 1.5% yoy is a reasonable assumption: 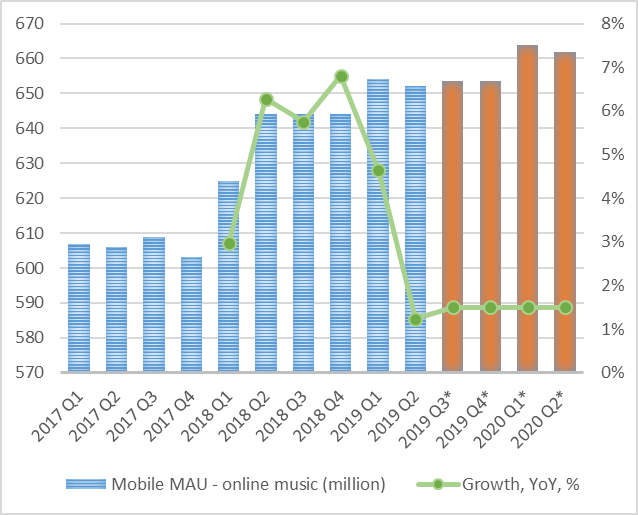 In Q2 2019, the ARPPU (Average Revenue Per Paying User) for online music services dropped 1.1% yoy to RMB 8.6. Across the past quarters, the ARPPU stabilized around RMB 8.6. Given the competition in the market, we don’t expect the ARPPU to show material growth in the future, so our assumption here is that it will maintain 0% change on yoy basis: 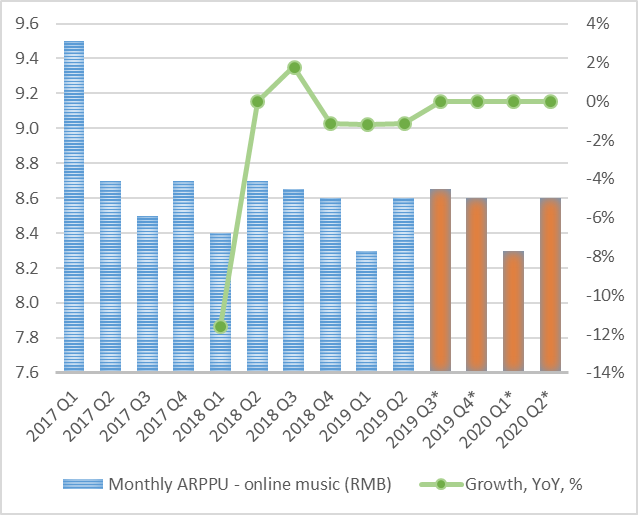 Paying ratio (defined as paying users over total MAU) is the tricky part here. On one hand, TME’s paying ratio is really low (4.8% based on Q2 2019 results), compared to other music streaming apps worldwide. For example, Spotify (NYSE: SPOT) shows over 40% paying ratio based on Q2 results. If people were to benchmark TME to SPOT on this, there will be huge room for future growth.

On the other hand, we would never expect such as high paying ratio to happen in China, at least in the near future. It will take time for Chinese people to get used to paying for music. There are many historical reasons behind this, such as lack of protection on copyrights.

We are overall optimistic on the paying ratio growth though, based on what we have seen from TME’s recent efforts. According to their Q2 ER, TME has been taking significant actions in order to attract and retain more paying users:

With these being said, we do expect the paying ratio for online music business to grow steadily in the coming quarters. Our projection suggests the paying ratio to reach about 6% by end of Q2 2020: 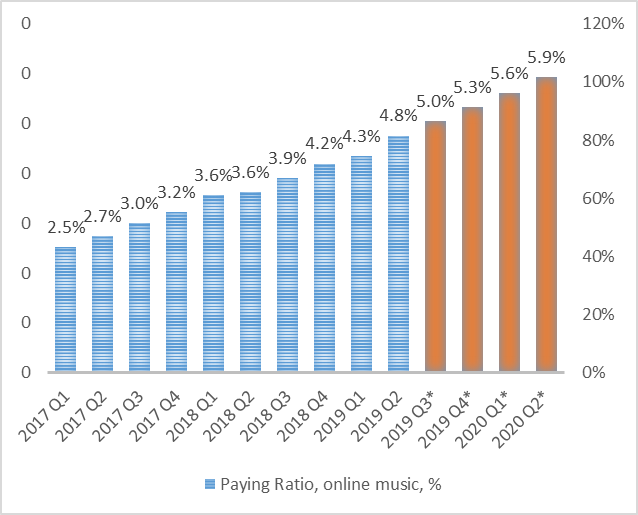 On social entertainment side, the two major sectors both saw healthy growth in Q2 2019:

WeSing mini program in WeChat (A karaoke type of app) has grown rapidly during the quarter, which helped growth MAU a lot; Music-centric live streaming business benefited from the new multi-performer live streaming feature, and not only grew in millions of new viewers but also increased the user time spent by over 50%.

Similar as the online music services, the MAU of social entertainment business also sees flatting with growth rate dropping below 5%. We are using conservative assumption here with 1.5% yoy growth for the next few quarters: 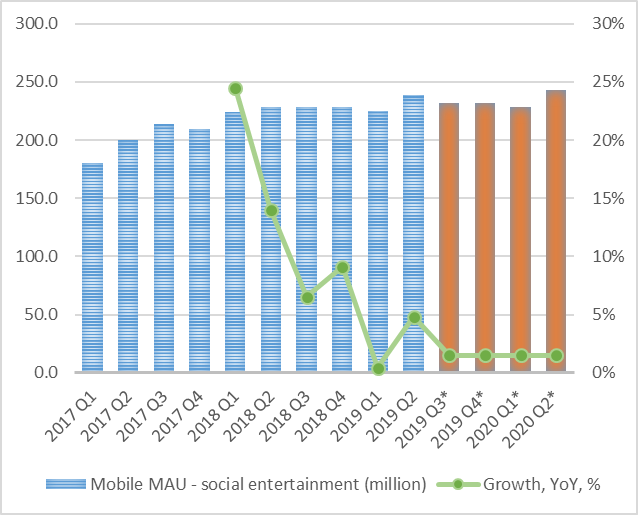 Unlike online music services, monthly ARPPU for social entertainment has been growing fast during past quarters, despite the slowing growth rate. The development of new features as well as the increasing value-added services leads to our confidence that the ARPPU will maintain at least 10% growth rate in the coming quarters: 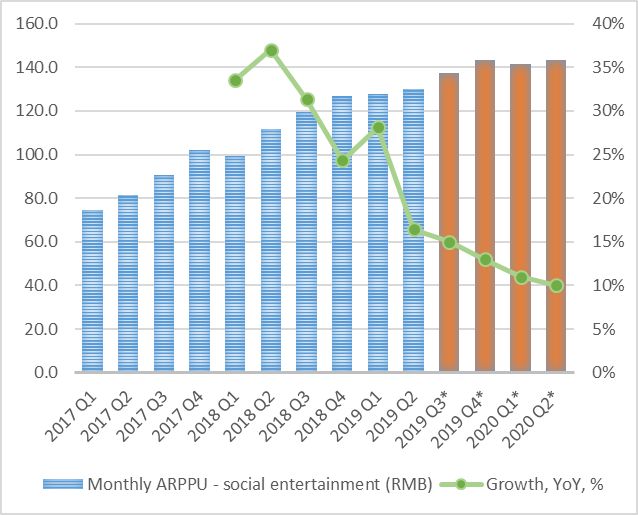 Paying ratio for social entertainment sees a similar pattern as online music business. Our assumption puts it to slightly over 5% by Q2 2020: 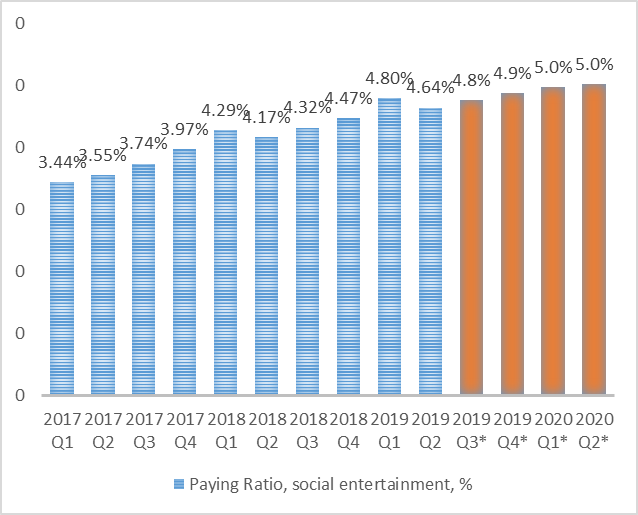 Business Outlook: Put It Together

Now that we have all the building blocks ready, let’s put them together: 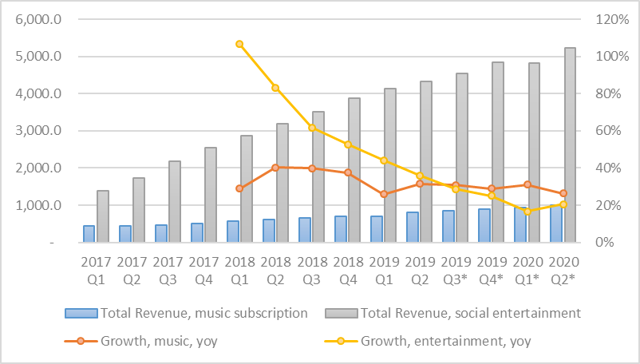 Note that we have been quite conservative in our projection process, making this indeed a bottom line forecast on the total revenue. With 20% bottom line outlook, we see TME as a good growth target.

Although our projections adopted conservative assumptions, there are some potential challenges, which would require attentions from investors.

First of all, the competition on the market could lead to lower numbers on MAU and ARPPU. On the online music side, TME will face increasing competition from other platforms such as NetEase Music from NetEase (NASDAQ: NTES). According to their Q2 ER,

At this moment, we have over 800 million users on our music app, which is 50% up year-over-year. Subscriber numbers are also growing very strongly at 135% year-over-year increase.

On the social entertainment services side, TME is betting big on video (live) streaming, which is a lucrative, but at the same time crowded market. Not just the established players (such as YY Inc. (NASDAQ: YY) and MOMO Inc. (NASDAQ: MOMO)), but also the rising tech giants (such as Tiktok and Kuaishou), have all been investing heavily on this field. It will be challenging for TME to achieve a dominating position even with all the support from entire Tencent ecosystem.

Overall, we are optimistic about TME’s future growth in the coming quarters. A bottom line growth rate of 20% makes it a good target.

Disclosure: I/we have no positions in any stocks mentioned, and no plans to initiate any positions within the next 72 hours. I wrote this article myself, and it expresses my own opinions. I am not receiving compensation for it (other than from Seeking Alpha). I have no business relationship with any company whose stock is mentioned in this article.