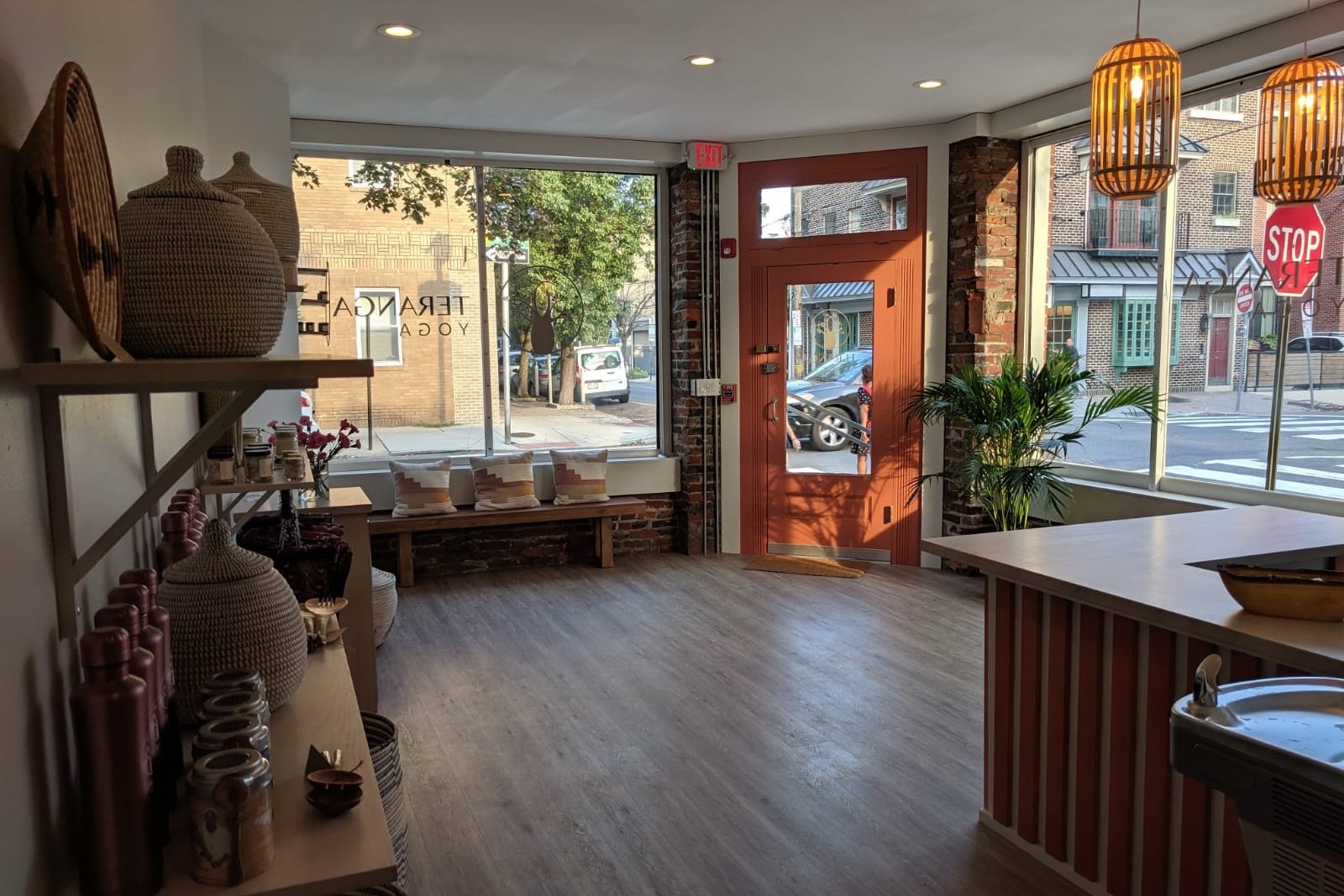 Bella Vista’s Teranga Yoga will broaden your yoga horizons with classes such as hip-hop yoga.

Get wellness tips, workout trends, healthy eating, and more delivered right to your inbox with our Be Well newsletter.

Teranga Yoga’s space is designed to be inclusive, from the global music to the studio’s lack of mirrors. / Photograph courtesy of Teranga Yoga

Quiz time: In a yoga class, what type of music would you expect to be playing?

A) Some sort of soothing, ambient track

B) A melody with Indian vibes

In all honesty, my answer would have been anything but D. But that’s an assumption that Joanna Da Sylva, the co-founder of new hot yoga studio Teranga Yoga, is trying to turn on its head. When the Bella Vista spot — run by Da Sylva and her husband, Jonathan De Keukelaere — opens doors on September 14th, its wide range of Vinyasa-based classes will feature “mindful playlists” that include everything from Caribbean rhythms to hip-hop beats. “People have said, ‘Oh, well, hip-hop doesn’t go with yoga,’” the yoga teacher says in her lilting accent, tinted with notes of her native Belgium and her Senegalese upbringing. “I say, ‘Why would it go with Bon Iver and not hip-hop?’”

This idea of inclusivity is front and center at Teranga in other ways, too. In Wolof, one of the languages spoken in Senegal, “teranga” literally translates as “welcoming someone with deep love and respect.” Teranga’s yoga room doesn’t have any mirrors. (“I didn’t want people to be self-conscious,” Da Sylva says.) There will be wooden chips at the front desk that you can take if you’d like hands-on assists instead of the typical practice of having to call attention to yourself by telling the instructor you don’t want to be touched. The small boutique at the front of the studio stocks wares of crafters from around the world — bath salts made by a woman in Alaska who forages her own ingredients; baskets with origins in Uganda, Kenya, and Senegal; flowy pants that come from Thailand. “It’s the idea of being seen,” Da Sylva says. “Everyone who walks in that door — black, white, I don’t care if you wear a hijab — you have to feel like you belong.” 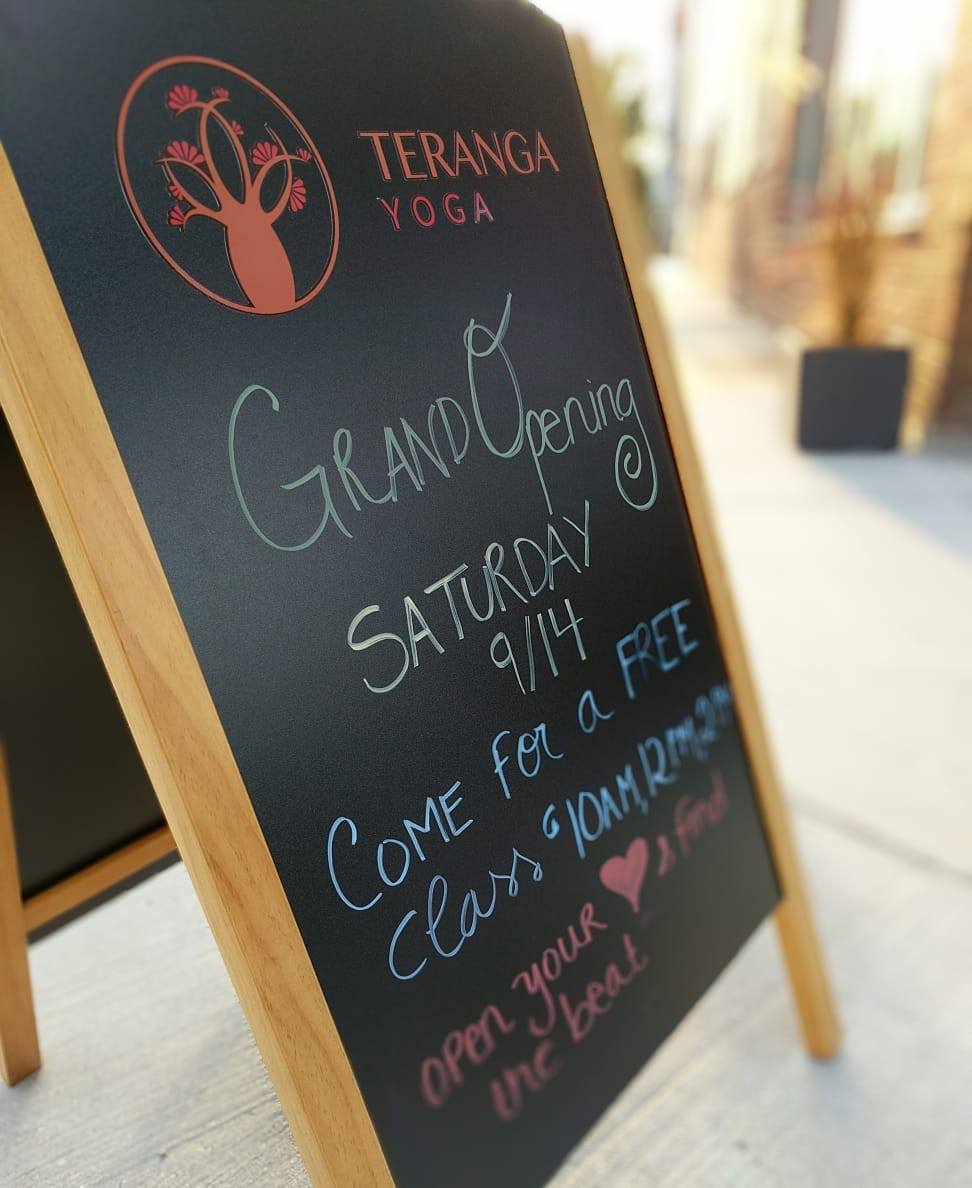 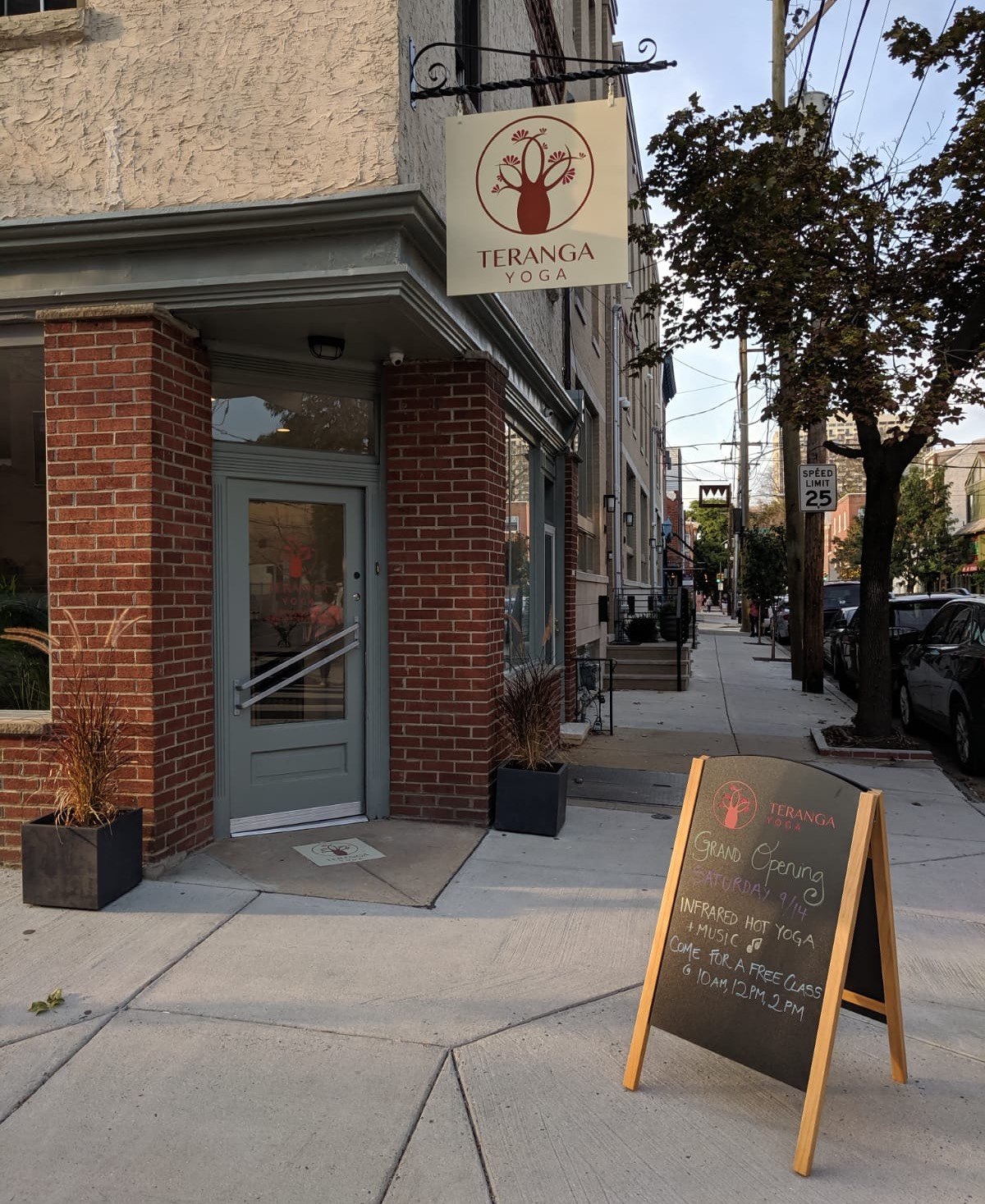 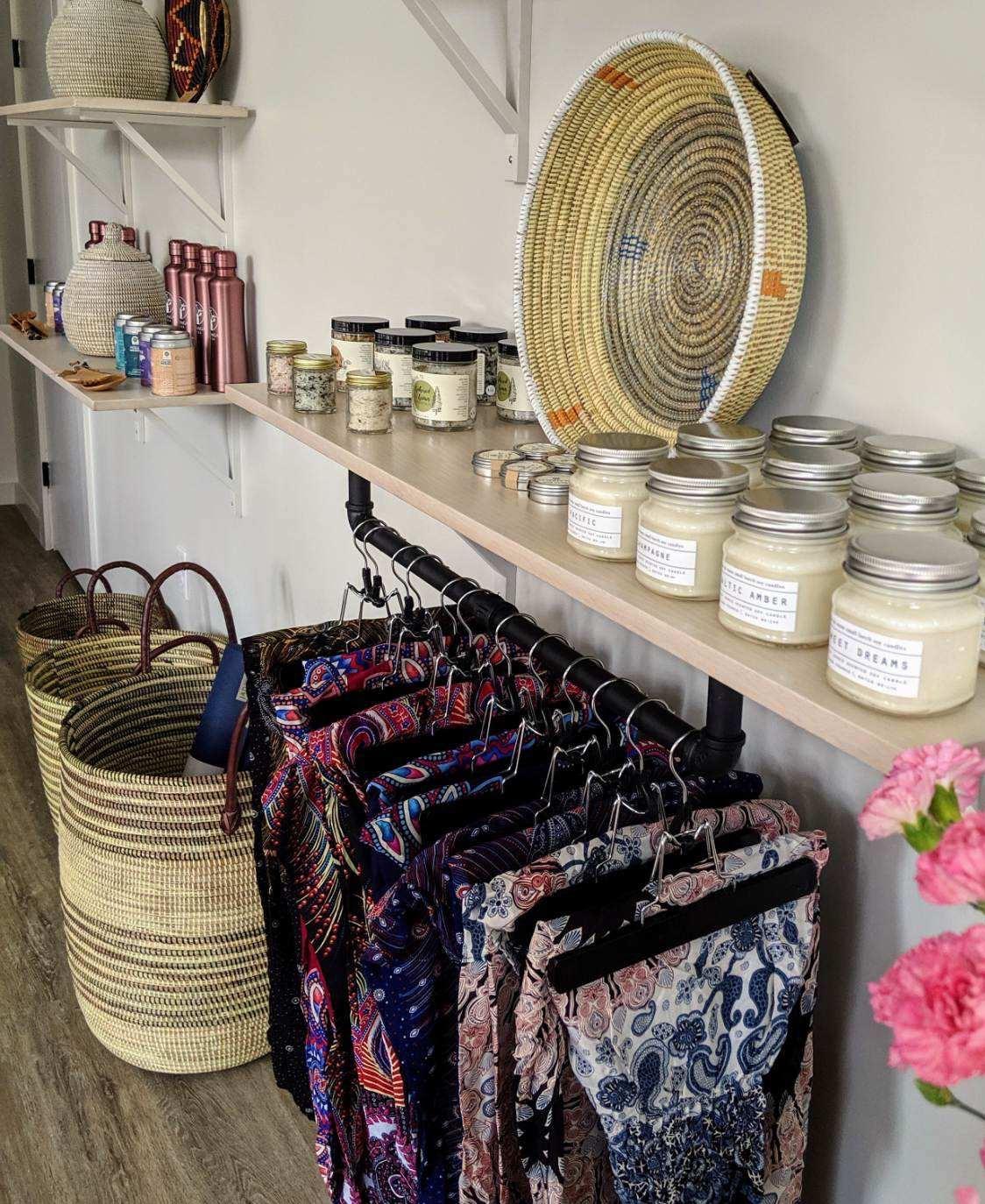 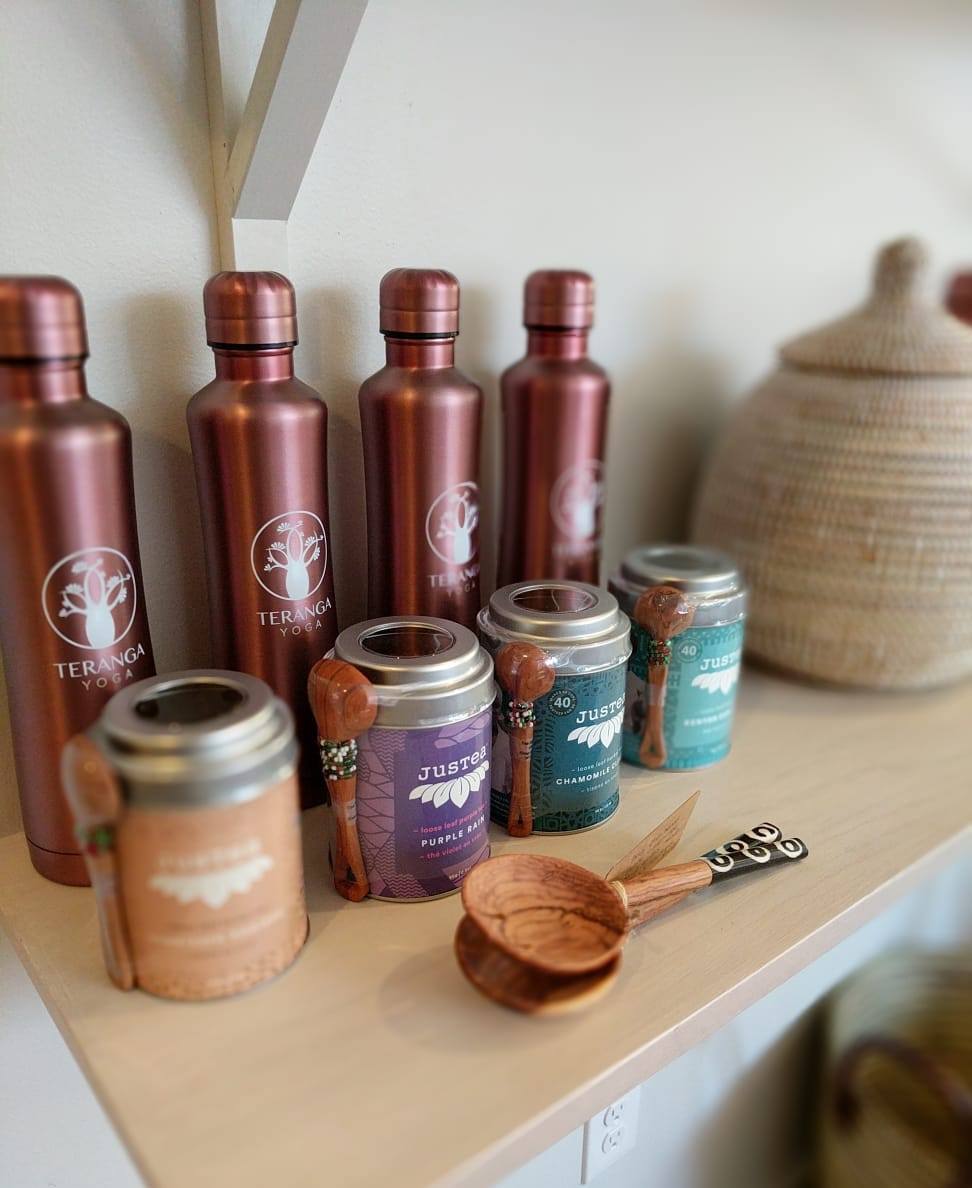 …including these gorgeous water bottles. / Photograph courtesy of Teranga Yoga 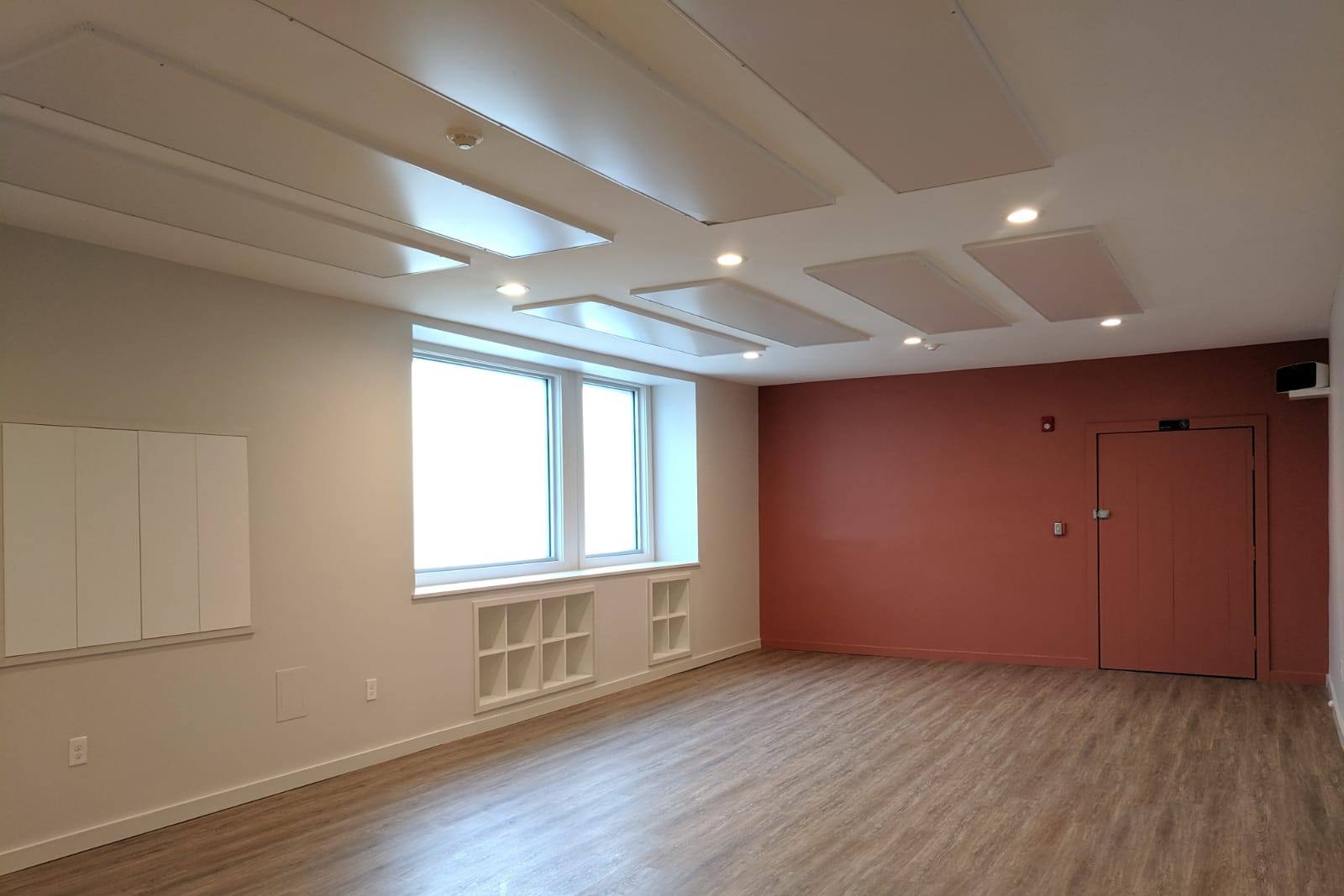 Teranga Yoga is outfitted with infrared panels, so heat doesn’t blow directly onto you. / Photograph courtesy of Teranga Yoga 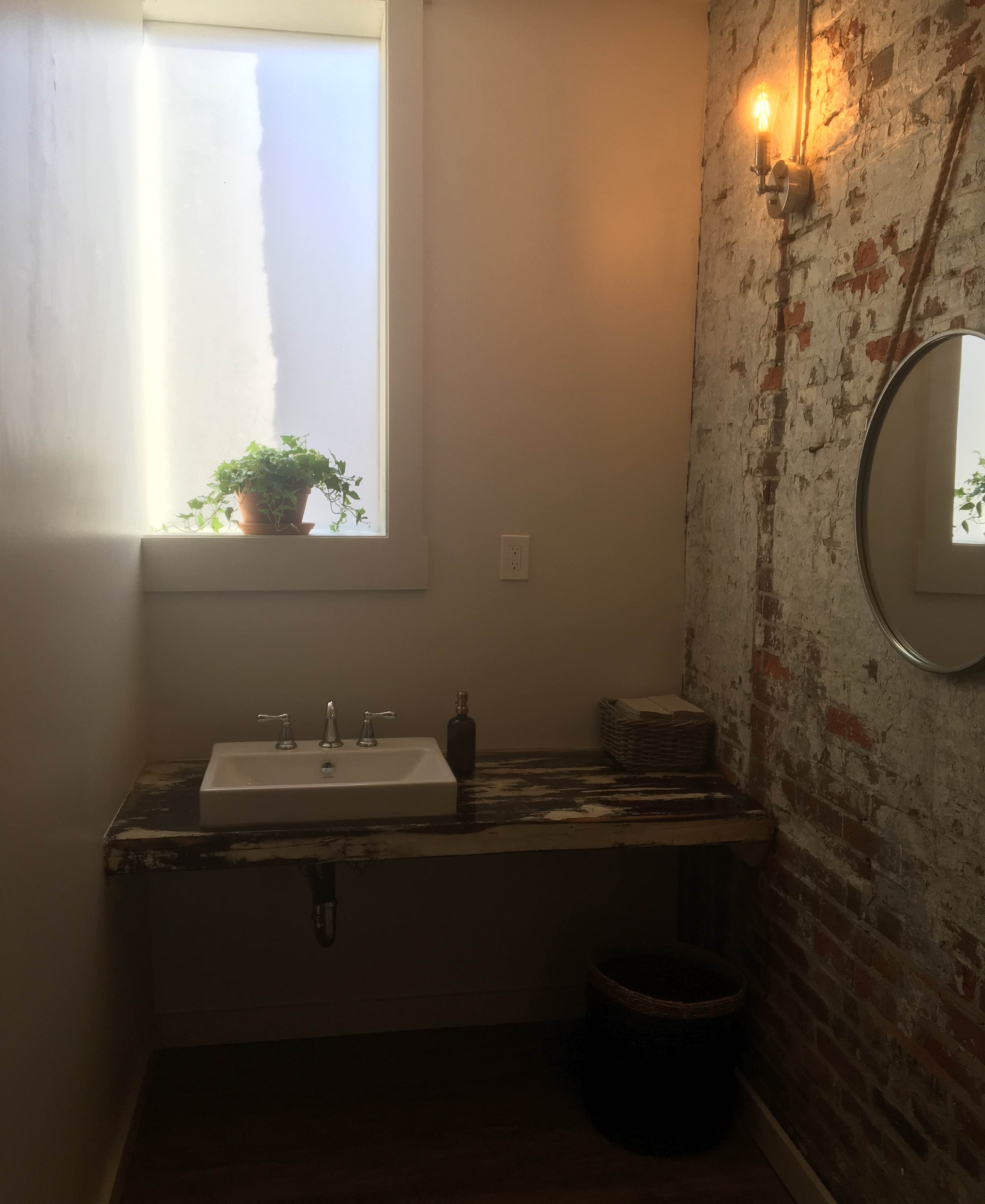 All we want is this gorgeous little sink area in our own home. / Photograph by Mary Clare Fischer 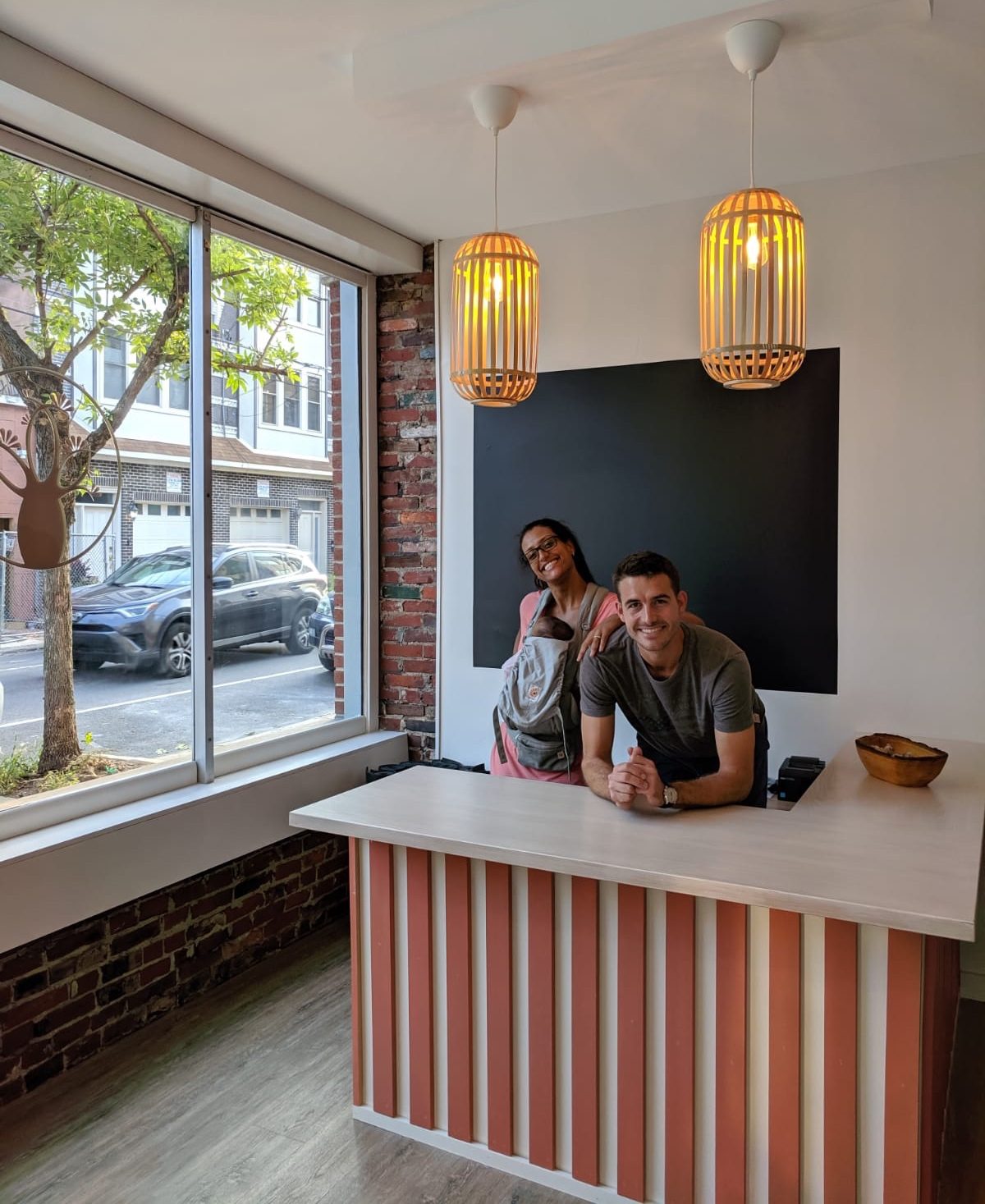 Part of this stems from Da Sylva’s own experience of not feeling at home in yoga studios as a woman of color. She remembers going to class after Trayvon Martin was murdered and listening to the instructor talk about the beautiful day and how blessed everyone was. “The day might have been beautiful, but there’s a way of acknowledging something like this,” she says. “It’s about being in a reality where some days are beautiful, and some days are really tough. We want to work through tough things in yoga, not ignore them and pretend everything is rosy.”

Teranga will provide a wide variety of ways to work through the tough stuff, with nine different classes on the schedule. Top on our list to check out are “Hip-piness Yoga,” a moderate intensity session focused on hip openers and “Yang Yin Yoga,” a practice that splits its time between a power flow and deeper yin poses. This Saturday, the grand opening will feature three free, first come, first serve classes — the intense Empower, set to world beats, at 10 a.m.; One Love Flow, with a soundtrack of reggae and other island tunes, at noon; and Hip-Hop Yoga at 2 p.m. The party will wrap up with drinks and bites from 6 to 8 p.m., so you can start building your inclusive community off the mat, too.

After that, your first two weeks of unlimited classes will be $25 total. A drop-in will be $20, and a monthly unlimited membership costs $120 a month (although the first 20 people to buy one will get it at $89 per month for the first three months).