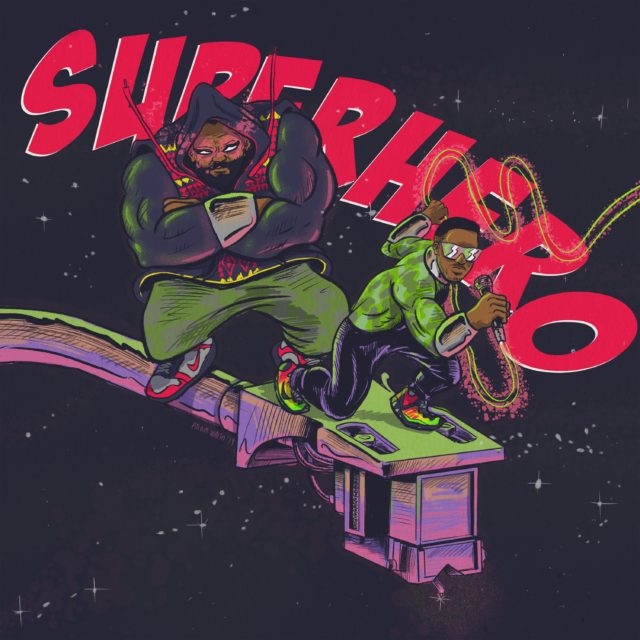 Toronto-based, Edmonton-born rapper Cadence Weapon (Roland Pemberton) re-emerged in the popular music scene in 2018 after a six-year break, returning with a self-titled album and a new passion for discussing social issues within his music. Aptly named, he considers his “cadence [to be his] weapon” — music is his tool to share his thoughts with the world. Edmonton’s Poet Laureate from 2009 to 2011, Pemberton’s lyrics evoke an emotional reaction in the listener and contextualize issues that many people can relate to.

A former resident of Montreal, Cadence Weapon sings fondly of his time growing up in the city in his track “Five Roses.” In an interview with The McGill Daily, he said that he feels like he was a “different person before [he] moved to Montreal and […] a different person when [he] left,” citing the city’s engagement with the arts as inspiring his music. In the song, Pemberton reminisces on how he’d “think about life getting better/Used to hang around by the train tracks/Wish that we could do this forever.” He revisited his old home this summer, playing Montreal’s Metro Fest.

His most popular song, a track called “High Rise,” discusses the impacts of gentrification on marginalized communities. He says that it reflects his experience living in Toronto, where the “market is just totally out of control, and barely anyone can afford to live here, and it just puts so much pressure on every aspect of your life.” The lines “who needs community?/Not me and you or you and me/Swimming pools all in our suite/Beats the view on College Street” show the reality of how gentrification strips neighbourhoods of their cultural value and isolates people from the communities that they created. The apathetic tone that he carries as he raps the lyrics truly embodies the exhaustion that comes with financial struggles and watching the things that you care about fade away. As someone who has watched relics of my childhood, like Toronto’s Honest Ed’s, be washed away in rent increases and development projects, I relate to the feeling of pain and helplessness that “High Rise” so perfectly encapsulates.

His song “System” discusses the realities of racism, recounting experiences with police discrimination and microaggressions. He expresses a feeling of being unable to escape, singing about how even when he goes to the club, he is confronted with white people using racial slurs, as expressed in the lyrics: “Came to get saved by the rhythm/Now he’s feeling like a slave to the system.”

In March 2019, Cadence Weapon was featured on DJ Shub’s single “Superhero,” a song he describes as being “about how everyone has something that they can use to help other people.” When asked about how he hopes to help people with his music, Pemberton says “I want to make music that makes people want to make music themselves. I want to inspire people […] I want to make people think differently […] I want people to see from a different perspective. That’s what I try to do with my music, is give people another way of seeing.”

What’s next for Cadence Weapon? He says that he’s been in the studio working with Jacques Green and getting excited to release a new album. “It’s just been a productive time,” he remarks. We look forward to seeing what issues he tackles next. To stay up to date with his future tour dates and music releases, follow him on Twitter @cadenceweapon. He also hosts a monthly show on ISO radio.