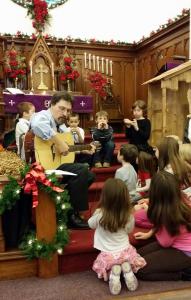 A new Christian song explains how memories live on, just like god

NASHVILLE, TENNESSEE, USA, November 27, 2017 — Peter wrote this song for the older people, who he had the honor and privilege of ministering to over many years. Pete explained that Many had a humble, kind, and appreciative dignity; qualities born of a long life shaped by faith and wisdom. Most were to experience the debilitating effects of age, including mental decline and dementia. During visits he struggled and prayed with them through the inevitable spiritual and emotional valleys of such a decline.

He further explained that those, for whom faith and a personal relationship with God most defined what it meant to be a Christian were the most spiritually resilient. The habit of opening themselves to God’s loving Grace. had not been developed overnight but was the result of  many years of prayerfully centering themselves in that love. While not perfect, and despite low points, they often seemed to glow with an essential awareness of, and trust in God’s life restorative love. What amazed Pete was how often they uplifted him spiritually during such visits. He hopes that this song will reflect their witness and minister to those who need it most.

When listening to the song, “The Memories of God” gives an instantly uplifting and inspiring vibe. A well produced and thought out song, the lyrics are instantly felt to be genuine and from the heart- Obviously reflected from the real-life experiences that Peter has gone through as a Pastor.

Lyrics from the song include; “The memories of god, are like those of men. They last forever and give life back again”. The song also explains how memories live on, even when physical health declines.

Background wise, Pastor Unger holds a BA from Goddard College, an MDiv. from Princeton Theological Seminary, and a Doctorate from Drew Univ. Writing and performing songs has been a critical part of his ministry. He was a finalist in the USA International Songwriting Competition, and has had two music CD’s published. The most recent was “Songs of Grace” available on numerous online sites including Amazon, and Spotify.

He is currently a pastor of a church in Northampton, PA. Pete also has several other songs releasing soon, including “Christmas Cards” fitting nicely in time for the holiday season.