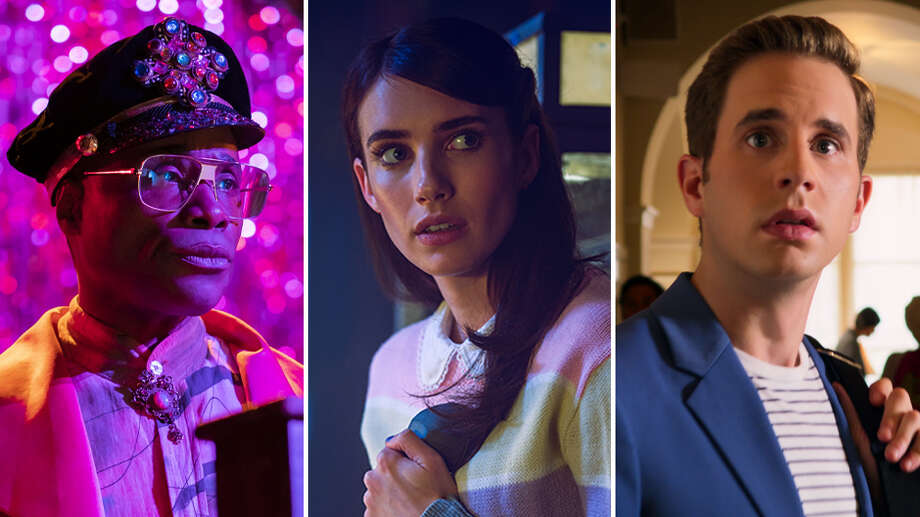 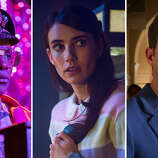 The Music of Ryan Murphy: How Collaboration Creates Soundtracks for ‘Pose,’ ‘The Politican, ‘AHS’

Benjamin Franklin believed that only two things were certain in life — death and taxes — but longtime Ryan Murphy collaborator and recently elevated president of Ryan Murphy Productions Alexis Martin Woodall begs to differ. It’s all about music and smells in her estimation. “Nobody is ever going to smell the same thing you smell and feel the exact same way. And that’s how music is,” she says. “You hear a song and it puts you in a time and place. I argue that music is important in every show.”

Murphy wouldn’t disagree with Woodall on that score — they’re like a old married couple. And when it comes to a mutual love of music, they might be soulmates.

Fittingly, Woodall’s collaborations with Murphy (“Pose,” “AHS,” and more) have been hallmarked by a strong musical presence. Friday marks the premiere of the first product of Murphy’s record-breaking development deal with Netflix, “The Politician.” And the titular character’s portrayal by musical theater sensation Ben Platt, who won a Tony for “Dear Evan Hanson,” rather than an Oscar-winning movie star like cast members Gwyneth Paltrow and Jessica Lange, suggests that music will play a big part.

Woodall gets to know new characters by creating personal playlists for them. “Long before I start a show, I build playlists on my phone,” she says. “And not every show needs it, but it’s a way to get my mind thinking even if they don’t get used. Like when I was doing ‘The Politician,’ in the early days I envisioned it as being very needle drop-heavy — you know, songs on the radio. And then as we got into it, the comedy was so great that when I was working on the score with my composer [Mac Quayle], I felt like, ‘Wait a minute, this is actually not a show about needle drops, this is a show about score.’” (That said, expect to hear the likes of CHVRCHES, Elliott Smith, LCD Soundsystem and — an odd choice for a show set in sunny Santa Barbara — Sufjan Stevens “Chicago” over the opening credits.)

Murphy and Woodall believe that music is integral to the pre-production process as opposed to post. “It’s entirely about the story and character,” says Woodall, who also collaborates with their full-time music supervisor, Amanda Krieg Thomas. “But before everything gets to her, Ryan and I have already put our heads [together] — that’s just how we work,” Woodall says. And that’s been her boss’ style pretty much from the beginning. “You watched ‘Nip/Tuck,’ I’m assuming,” Woodall says of their first collaboration (she began her career as a PA on the series in 2003). “Ryan Murphy is the original ‘let’s play anachronistic music — great jams — and let’s make something that you haven’t thought about in 20 years fresh again,’” she says. “So I get a lot of inspiration directly from Ryan.”

And vice-versa. “There’s nothing more enjoyable than watching him toe tap during a song when we’re watching the cut together. And when he starts singing along, I know I’ve killed it.” Not that she wants to take all the credit; both Woodall and Murphy are listed as music supervisors on “Pose” along with Thomas. “It’s always a collaboration,” Woodall says.

“We do have very similar musical tastes and at this point, we’ve worked together for so long that I know how to spot a Ryan Murphy hit before Ryan even knows I’m going to put it in.” Except, that is, when Murphy writes a favorite song into the script. “He loved ‘Hold On’ by En Vogue,” she says, referring to the tune’s two appearances in the second season of “Pose,” one of which Murphy asked for and the other he wrote in himself. “I said to him, ‘Normally we don’t repeat songs. I just wanna make sure that you intentionally repeated it.’ And he said, ‘Absolutely.’ I was like: ‘Great! Done.’ So there’s always a conversation with him.’”

Occasionally those conversations go something like this: “There will be times that he says: ‘I just love this song — we have to use it,’” says Woodall. “And I’m like, ‘Great.’ Then I get to figure out where we want to use it. Or how we want to use it.” Among the myriad responsibilities of music, according to Woodall? “To communicate subtext, context, emotion and entertainment at the top level,” she says. “We’re asking a lot out of a song.”

Case in point: Madonna’s “Vogue,” which inspired the entire second season of “Pose.” “I won’t say it was the most difficult [to get approved], but it took a long time,” says Woodall, who estimates that the entire process took six months. But for her, it was worth the wait. Not that they had a choice: “The whole show was predicated on that one,” she says.

For Woodall, her shows are not unlike children — and although mothers may claim that they don’t play favorites, she’s upfront about the series she cherishes the most. “I love all of my shows, but ‘Pose’ has a very special place in my heart,” she says. “‘Pose’ has been the single greatest gift of my career because it has genuinely opened my heart and opened my mind. And I think that in its own right is something you don’t always get in storytelling.”

That’s an understatement. “But ‘Pose’ has this optimistic and aspirational feeling — it’s about bravery and compassion and kindness,” Woodall says. “And then me getting to add my music? It makes me so excited that I get to come in and I’m like, ‘I know what they’re going to walk to in the next ball [scene].’ And even Ryan will say: ‘Don’t tell me. I want to be surprised.’ So is it’s a combination of heart and style and fashion and music.”

Her selections certainly seem inspired, like choosing Evelyn “Champagne” King’s “Shame” during a “Pose” scene in which trans women struggle — physically and emotionally — with disposing of a dead body. She also peppers lesser known songs from that era by Frankie Knuckles and Malcolm McLaren, and one episode flawlessly recreated the “Solid Gold” top 10 countdown from 1990, including “U Can’t Touch This” by MC Hammer, Sinead O’Connor’s cover of “Nothing Compares 2 U” and Bell Biv DeVoe’s “Poison.” Woodall even managed to work in scene with Broadway veteran Patti LuPone belting showtunes. (“I wasn’t surprised when I was asked to sing Steve Sondheim’s ‘I’m Still Here’ from ‘Follies,’” LuPone told Variety, but it was remarkable for a show that isn’t musical. “It was a perfect choice for my character,” adds LuPone. “What would have been surprising was if they had asked me to sing ‘Let’s Get It On.’”)

Next on Woodall’s To-Do List? Curating personal playlists for the likes of Linda Tripp, Bill Clinton and Monica Lewinsky for the upcoming installment of “American Crime Story: Impeachment.” “And you know, we did the ’90s back with [The People v. ] ‘OJ,’ but that was very different,” she says. “Now we’re going mid- to late-’90s which is a whole ’nother time. This is an era where I relate to Monica,” says Woodall, who was in high school during the trial. “This will be like, ‘Oh, shit. I remember where I was when that happened.’ Jamiroquai is going to come out at some point,” she promises.

The only question that remains is whether or not Woodall will continue to be so hands-on with music now that her work responsibilities have increased exponentially. “Here’s the thing I’ll tell you,” she says. “I will never give up my creative. It brings me joy. I don’t see a world where moving away from that would help the company,” she adds. “Or help my own soul.”