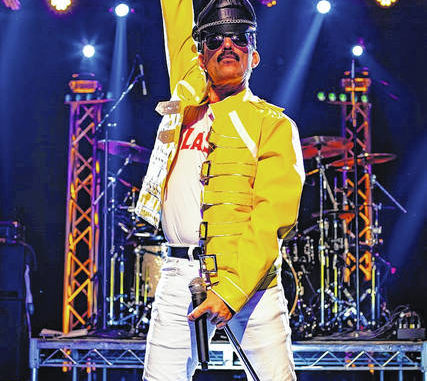 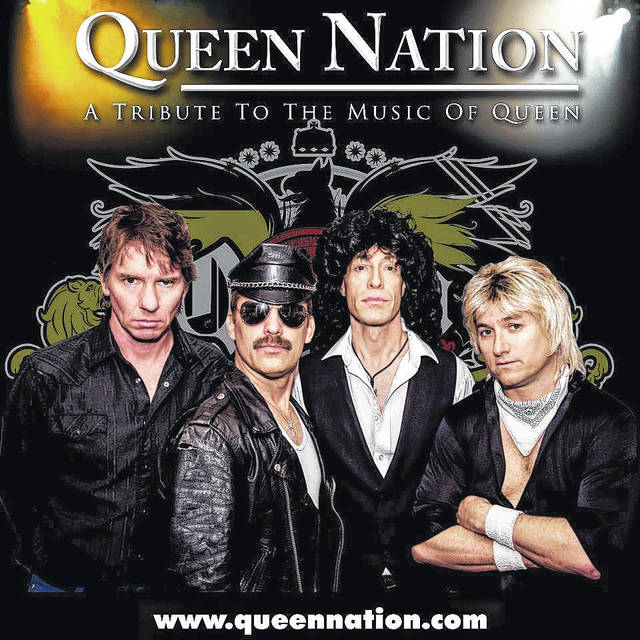 Queen Nation, a Queen tribute band from Southern California, will bring the iconic rock band’s music and persona to Givens Performing Arts Center, on the campus of The University of North Carolina in Pembroke, on Friday. 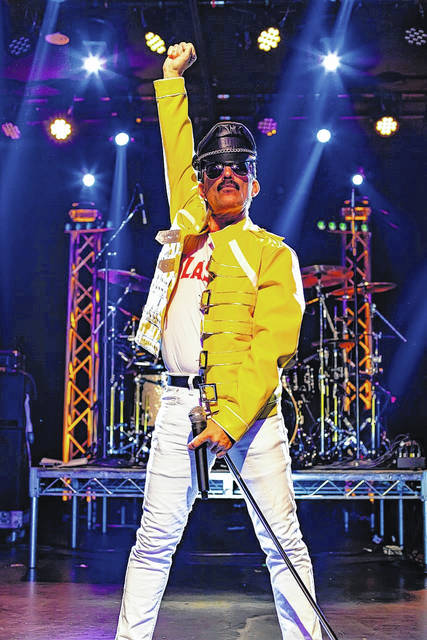 LUMBERTON — A musical journey that began 15 years ago in a club in Southern California will make a stop in Pembroke, and Queen lovers and new fans from throughout the region are invited to come and sing along.

Queen Nation, arguably the iconic rock group’s premiere tribute band, will take the stage on Friday at Givens Performing Arts Center, on the campus of The University of North Carolina at Pembroke. The show starts at 8 p.m. and the band members will not be the only stars of the show.

“We try to get them involved as much as possible,” McManus said. “We encourage singing along. We tell them right at the beginning of the show that ‘we’re not going to do all the work. We want to hear you guys singing loud and clear,’ and it usually works.”

The band strives to preserve Queen’s image, sound, and stage persona while performing the original band’s greatest hits. Queen Nation aims to take audience members on a retrospective journey through such songs as “We Will Rock You,” “Bohemian Rhapsody,” “We Are The Champions,” “Crazy Little Thing Called Love,” “You’re My Best Friend,” “Another One Bites The Dust,” “Under Pressure” and many more.

It is during performances of “Bohemian Rhapsody” that Queen Nation takes a detour from how Queen presented the classic song.

The members of the original band would leave the stage during the operatic portion of “Bohemian Rhapsody” and the audience would hear the recording of that portion of the classic song while smoke and lights covered the stage, McManus said. The members of Queen Nation stay on the stage and play their instruments.

“We let the audience sing that part, like a karaoke bit,” McManus said and then began laughing. “When you get 11,000 people singing, some off key and some not, it’s great.”

There was a local club called the Canyon Club in Agoura Hills, in Los Angeles County, California, and the owner told Hewitt that a good Queen cover band was needed, McManus said. So Hewitt brought together the members of what is now Queen Nation.

And while Queen Nation was born in Southern California, only Peter Burke, drums and vocals, is a native of that region. Bass player Parker Combs is from Illinois,and lead singer and keyboardist Greg Finsley is from the Dallas area.

But all the members were professional musicians when the band was formed, McManus said.

“We were in lots of different projects at the time,” he said.

In the years they have been together the band’s members have grown from being struggling musicians to performers who will do 140 shows by the end of this year — a big jump from their first year as Queen Nation.

“We did five shows that first year,” McManus said.

Their shows are performed in a variety of venues: clubs, casinos, theaters, county fairs and other outdoor settings.

“During the summer we do a lot of outside shows,” McManus said.

The growth in the number of shows has meant a lot of traveling for the band members. The performance at GPAC is sandwiched between a show in Oregon and another in Newport Beach, California.

“We have quite a collection of frequent flyer miles,” McManus said.

But the band isn’t ready to give up the shows and the travel, he said. They all are having too much fun and making money doing what they love to do.

“When you’re living your childhood dreams, why would you stop?” McManus said.

Ticket for the show at GPAC can be bought at uncp.edu/gpactickets or by calling the GPAC Box Office at 910-521-6361.

For information about tickets and the full season lineup, visit uncp.edu/gpac or call 910-521-6361. Some shows on the season will also carry an option for the Act I Diner’s pre-show dinners. Call or check the website for dates.

Queen Nation, a Queen tribute band from Southern California, will bring the iconic rock band’s music and persona to Givens Performing Arts Center, on the campus of The University of North Carolina in Pembroke, on Friday.

The tribute band Queen Nation comes to GPAC on Friday