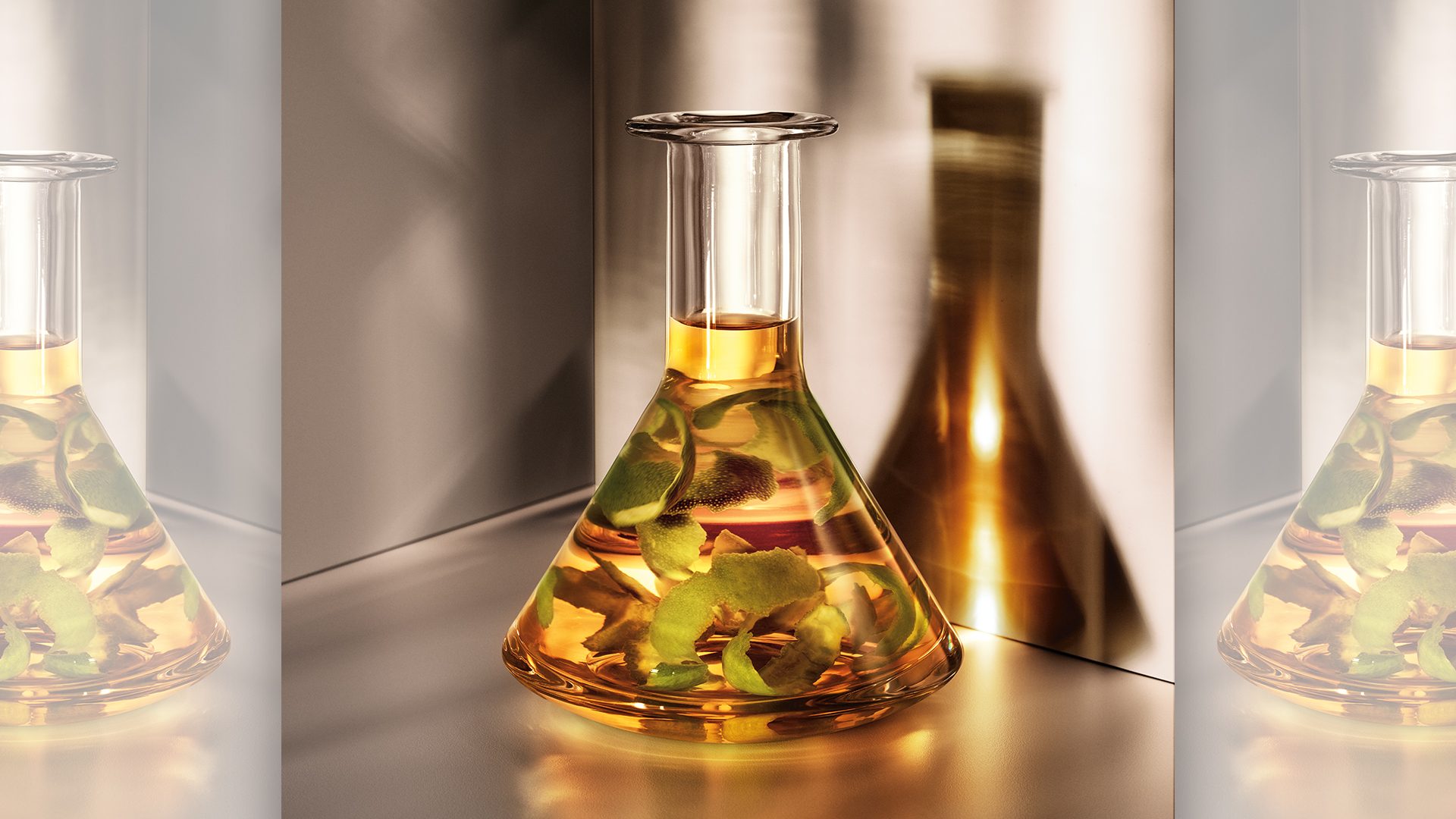 What do an aerospace physicist, macrocystis pyrifera (aka giant kelp) and a lengthy fermentation process have in common? They are all part of the surprising and mystifying 60-year old recipe of La Mer skincare products.

Once upon a time, in the 1960s, a German aerospace physicist named Dr Max Huber suffered severe burns during a lab experiment and, looking for a healing cream to help with his injuries, created a unique product formulation that is now synonymous with the international skincare company La Mer’s key ingredient, the well-known Miracle Broth.

As the tale goes, it took Huber 12 years of research and over 6,000 experiments to create the healing cream. Today, although a particular species of giant kelp is the primary ingredient of the La Mer cream, that is not the only surprising component. Music (more on this soon) and lime tea are also part of the secret recipe.

The macrocystis pyrifera at the core of Huber’s creation of La Mer’s miracle broth is the largest of all marine algae and one of the world’s fastest growing organisms; Huber’s fascination with the macrocystis pyrifera kelp species stemmed from the algae’s self-regenerating powers: it can grow as much as half a metre in one day and can reach a total of 45 metres in length.

Part of the algae family and not a plant, as it does not have roots, giant kelp receives its nutrients and harnesses its energy directly from the sea. Huber’s idea was simple: to capture the kelp’s incredible properties, and transform its benefits into a cream so “pure” he would later eat it in front of beauty editors to prove his point and the cream’s wholesome goodness.

Although radical at the time, Huber’s concept wasn’t idiotic; in fact, a review published in 2018 by the International Journal of Innovative Research in Science, Engineering and Technology (IJIRSET), claims that algae species are being used for the treatment of various skin-related concerns, including moisturising, texture-enhancing and anti-wrinkling. The giant Pacific kelp originally sourced by Huber is a species of brown algae – other categories include red and green algae – and includes a supplementary pigment known as fucoxanthin.

The review also explains that fucoxanthin contains tyrosinase (an enzyme found in plant and animal tissue that causes the production of melanin, the natural pigment found in our skin) inhibitory effects which “helps to reduce or control skin pigmentation, possesses anti-inflammatory effect and also assists in preventing natural ageing of the skin by supporting the formation of collagen”.

But to create the perfect formula, kelp wasn’t enough: years of experimentation and the addition of essential vitamins, minerals and various precious oils, lime tea fused with a three to four-month fermentation process, a metabolic process whereby organic substances are broken down into simpler compounds, were needed to create the now celebrated Crème de la Mer, the very first La Mer product.

With the birth of the skin cream, both unusual in its composition and inimitable in its texture, and Huber’s singular personality, a sort of cult around the brand soon emerged.

A story by Kathleen Hou for The Cut, published in 2017, describes the craze that has surrounded the skin cream since Huber started to market it as an independent inventor and seller, and even more so, since it was acquired by giant US cosmetic brand, Estée Lauder.

La Mer was assimilated in 1995, following Huber’s death. From the secret ingredients that make the cream, to Huber consulting astrology to create the formula, tales abound, all adding to the legend that is today La Mer’s miracle broth.

Hou also interviewed Andrew Bevacqua, senior vice-president of research and development at the Max Huber Research Labs, about the belief that scientists working on the cream play songs during the fermentation process.

“While each batch is fermenting, which takes about three months, technicians really do play the broth a tape of carefully selected sounds … Huber used to play a recording of the previous fermentation’s bubbling sounds each time, but Estée Lauder’s modern La Mer labs play a repeat”, the author notes.

The musical add-on proved to be much more than just a melodic frill: sound waves produced by the music played made the broth even more active.

Today, the process, from fermentation to music, is still followed by the team of scientists at the Max Huber Research Labs. But the focus stays on one key ingredient: the giant kelp. In order to support and ensure its sustainability, the giant Pacific kelp is hand-harvested twice a year in the waters of Vancouver Island off the Pacific Coast of Canada before undergoing fermentation.

La Mer’s signature fermentation process takes place inside airtight cylinders and uses the energy from sun spectrum light and copper sounding plates to enhance the activity of the combined nourishing ingredients including sea kelp, vitamins, minerals and essential oils. The jars of product are then filled within eight hours to protect the miracle broth’s energised formula.

Lime tea, which goes into the production of the Crème de la Mer

The final touch? To create a link with the original formulation, a drop from the previous batch of miracle broth is added to each new assemblage, thus generating a distinctive link to the ocean in each La Mer skincare product. Voilà, a legend is born, music, sea, iconic jar and all. ML

Please note you must be a Maverick Insider to comment. Sign up here or if you are already an Insider.