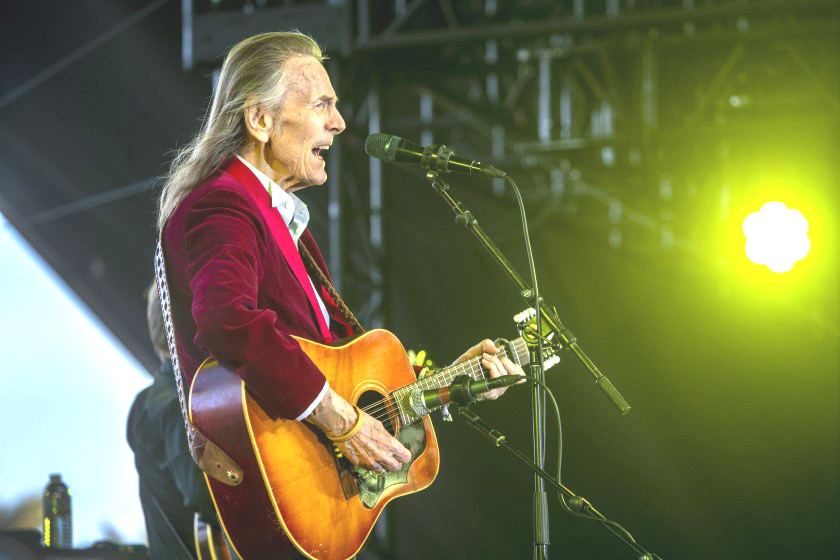 Gordon Lightfoot surprised fans in March 2020 with his first album of new music in nearly 16 years. Some background: Solo is a collection of songs that Lightfoot had initially started to record between 2001 and 2002. A health crisis occurred in September 2002. Suffering stomach pain, he entered an Ontario hospital and underwent surgery for a ruptured abdominal aortic aneurysm which brought him to the intensive care unit. Medical staff monitored his condition through a six-week coma and a total of four surgeries. The more than two dozen songs he had been working on all got set aside and some were forgotten.

And now: These forgotten song demos were found in his office files last year. Nine were completed for the album Solo. And solo is appropriate as the stripped-down recordings were just Gordon and his six or 12-string guitars. Upon review, he decided that this was the sound that these songs called for. He said, “I thought my fans would be interested in hearing what songs sound like when first written.” He recorded one more song early this year to round out the 10 songs on this new release. At age 81, Gordon Lightfoot still has a strong singing voice and when matched with his gentle guitar work, this makes for a pleasant listening experience. One that is easily taken in during one setting.

The album starts out with Oh, So Sweet… “It’s so easy to live with no fear or deceit. But sometimes I think maybe I have skipped a beat. The road I chose was not all it should be. But sometimes it was, oh, so sweet.” I think it is an observation from a man who has seen much over his eight decades. Triumph, grief, adoration, pain, Gordon has lived through much but still finds life’s sweetness.

Other songs also have the feeling of reflection over a life well lived, through high highs and low lows. In one song he is asking, “are we really better off than before?” The next states, “We will return into dust, through the years, a time meant for us, all our fears, will return into dust.” Further on, lyrics speak of a getting tired “just a little bit” with life’s little daily grinds. And what are we seeking in life’s travels … is it friendship … or laughter?

The song Easy Flo is the recent song, written for his third wife, Kim. It expresses a feel of being at ease, and the happiness that they share these days, “Easy come, easy go, easy Flo – She’s with me wherever I go.”

Minor health issues aside, Lightfoot still has plans to continue touring this new album. Before Covid-19, he was playing dozens of shows each year. Much like his contemporary, Bob Dylan, Gordon loves the performance, and gathers strength from the audiences. Dylan has been quoted: “I can’t think of any Gordon Lightfoot song I don’t like. Every time I hear a song of his, it’s like I wish it would last forever.”

In the end, will the songs from Solo anchor another edition of greatest hits, another “Gord’s Gold?” Probably not. But are they fine songs, presented in a simple way, just a man and his guitars. And well, that can often be pretty darn good.

“Lightfoot” (2017) – a thorough biography by Nicholas Jennings – this book covers from childhood to life at the top of the music world and into an award-winning elder statesman spot … the author gain unprecedented access to the notoriously reserved artist.
Gordon Lightfoot: If You Could Read My Mind – a 2019 documentary by Martha Kehoe and Joan Tosoni. It includes reflections by other Canadian celebrities who were inspired or influenced by him, including Randy Bachman, Anne Murray, Sarah McLachlan, Burton Cummings, & Sylvia Tyson.

Tim Forsman – I have had a lifelong love of music and no talent to create it myself. I’ve hosted a radio show, “Jigs, Hoedowns & Songs O’Tragedy,” at Colby College, on WMHB Radio for over 30 years.

It is also expensive!
If you enjoy reading The Town Line and the good news we bring you each week, would you consider a donation to help us continue the work we’re doing?

The Town Line is a 501(c)(3) nonprofit private foundation, and all donations are tax deductible under the Internal Revenue Service code.

To help, please visit our online donation page or mail a check payable to The Town Line, PO Box 89, South China, ME 04358. Your contribution is appreciated!