Tom Watson is accused of ‘lobbying by tweet for pal’s £60,000 music job’ before the post had been formally advertised (and the ex-Labour deputy leader beat 79 others to get the role)The former Labour leader beat 79 other applicants for the chair of UK MusicBefore being appointed he tweeted a number of times about the companyWatson’s appointment drew criticism from stars such as Sir Cliff Richard

By Chris Hastings for The Mail on Sunday

Critics of former Labour deputy leader Tom Watson have accused him of ‘lobbying’ for a lucrative music industry job before the post had been formally advertised.

Opponents of his appointment as chair of UK Music suspect the application process was ‘mere window dressing for a private decision that had already been made’.

UK Music and Mr Watson insist the contest for the job was fair. However, tweets by the ex-MP before he beat 79 rivals to the post suggest otherwise.

The position of chair of UK Music was advertised in December 2019, two weeks after Michael Dugher, a former Labour MP and close pal of Mr Watson, announced he was stepping down as its CEO.

In the two months before that, Mr Watson had posted a number of tweets supporting either UK Music or Mr Dugher. In October he thanked the trade body after receiving a framed copy of The Specials’ 1981 hit Ghost Town. Alongside a picture of him and Mr Dugher, he wrote: ‘I was 14… Ghost Town spoke to me and every other teenage kid.’ In November, after revealing he would not stand in the General Election, Mr Watson wrote: ‘Impressive news that @UK_Music has now revealed that music contributes £5.2 billion to the economy.

‘I am backing music during this election campaign and want to ensure that we take steps to grow these impressive figures further.’

In December Mr Watson congratulated Mr Dugher on being appointed CEO of the Betting and Gaming Council. Then, as adverts for the UK Music job appeared online, Mr Watson posted: ‘This has been a bountiful year for UK music.’

It prompted a comment: ‘You going for the UK Music job then?’ 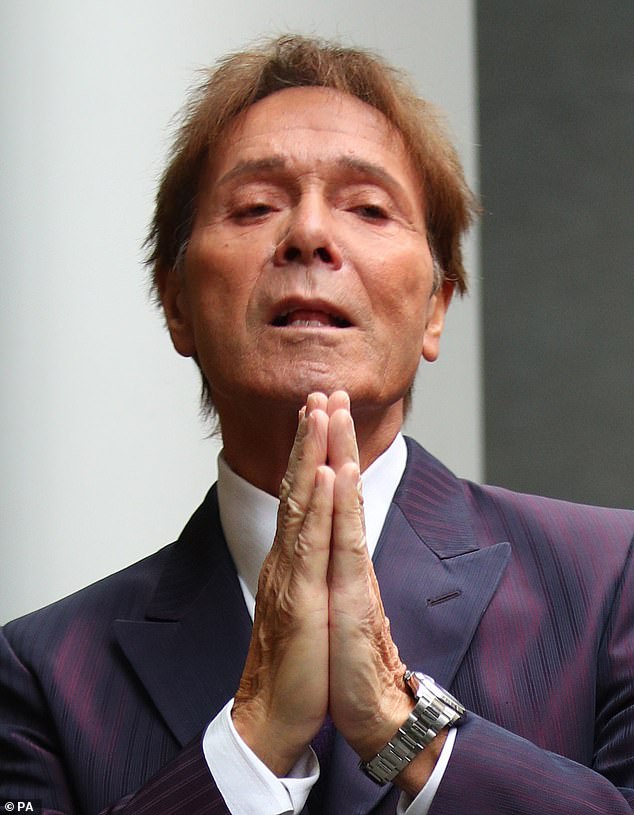 His appointment sparked fury with critics – including Sir Cliff Richard (pictured) – questioning Mr Watson’s suitability following his support for fantasist Carl Beech, who is now serving an 18-year prison sentence after making false claims that a child abuse ring had operated at Westminster

Applications for the post did not close until mid-January, yet The Sunday Times reported on December 29 Mr Watson was tipped to get the job which pays a reported £60,000 a year for 40 days work.

His appointment sparked fury with critics – including Sir Cliff Richard – questioning Mr Watson’s suitability following his support for fantasist Carl Beech, who is now serving an 18-year prison sentence after making false claims that a child abuse ring had operated at Westminster.

Last night songwriter Mike Batt said: ‘The tweets appear to confirm the worst fears of those who think UK Music wasn’t serious about the recruitment process.’ Robert Wilson, a former director of the Music Industries Association, said: ‘The tweets raise fresh concerns about the recruitment process and Mr Watson’s links to Mr Dugher. I would question his knowledge of the job requirement of “having a wide ranging and relevant experience of the commercial music environment”. I applied and wasn’t even interviewed.’

UK Music said Mr Watson had been a prolific tweeter about music for years. There had been no vacancy when the tweets were posted and Mr Dugher left before Mr Watson was appointed chair.