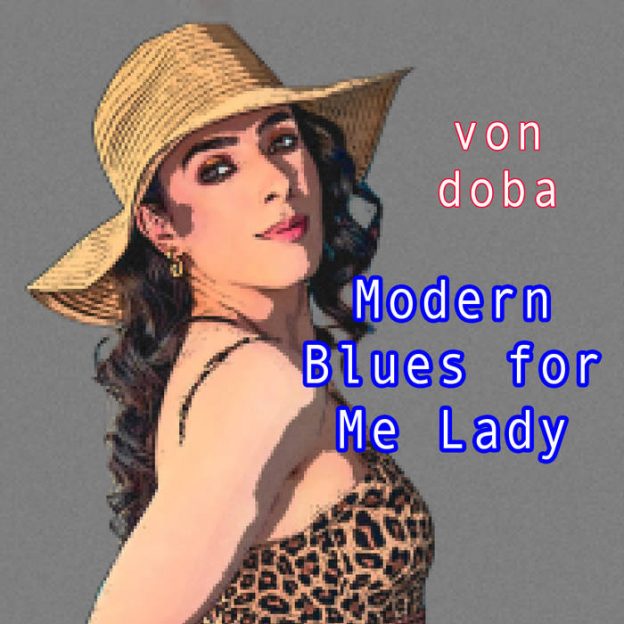 Houston, Texas – October 20, 2020 – “A lament for that hypothetical spurning gal we’ve all known” is how the Texas-based rocker Von Doba describes his latest single, “Modern Blues for Me Lady.” A statement many can attest to, this wonderful fusion of genres is available now on most major music and streaming platforms.

From the press of play, one can hear something unique stirring about with “Modern Blues for Me Lady.” The music is progressive with hints of psychedelic waves strewn throughout, but the delivery – the manner in which Von Doba presents the story behind the music – that comes across like a folk singer. There is a story to be told and Von Doba makes it clear that he is the only one to tell it. That has long since been the case with this genre-bending rocker as this is far from his first release. With a handful of releases under his belt, “Modern Blues for Me Lady” is the third single the world has gotten from his direction as this follows the release of February’s “Now and Then” and April’s “Please Love Me Now.”

Von Doba’s first memories of music span back to when he was just a toddler. His immigrant grandfather, surrounded by great uncles, would play polka music into the night on the piano and accompanying accordions. Later, his mother’s love of American country, folk, and pop would become influential to the always interested Von Doba. By five he was learning piano, and at 17 he was writing his own music. In between then and now he’s attended the Musicians Institute in Hollywood, and self-produced several releases, including “Modern Blues for Me Lady.”

“I tend to write of the deep themes of human destiny; mortality; love, fate, politics, and occasionally some lighter fare such as satire, camp, and trifles, and bagatelles. The works are initially conceived around some musical motif.” – Von Doba

Those interested in adding new rock music to their playlists, featuring “Modern Blues for Me Lady” on their site, or interviewing Von Doba for their site, podcast, or radio show can reach out via the information provided below.