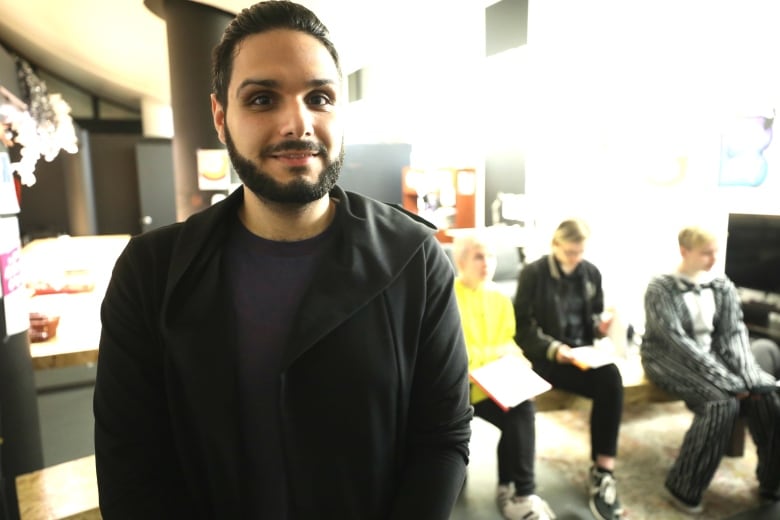 Narek Harutyunyan used to live what he calls a “fake life.”

The 28-year-old from Armenia, who is now openly gay, was forced to conceal his sexual orientation from his family and friends while living in his home country.

Despite homosexuality being legal there since 2003, the country remains socially conservative, with many LGBTQ Armenians living in fear of being socially outcast.

“Inside of me, I was who I was,” said Harutyunyan. “And the inside person didn’t have any place to come out and say, ‘Here I am, here is the real me.’

“I understood that I was slowly and steadily killing myself [and] my personality.”

Arriving in Regina after fleeing Armenia with his husband last year, Harutyunyan sought out opportunities to connect with the local LGBTQ community.

Narek Harutyunyan fled from Armenia with his husband last year after coming out as gay. He joined the Queer Youth Choir to connect with other LGBTQ youth. (Heidi Atter/CBC )

That’s when he came across Regina’s Queer Youth Choir, a new ensemble created in September that welcomes LGBTQ people from ages 13 to 30 to sing together.

“I just ran for it,” said Harutyunyan. “It’s just wonderful to be surrounded by people who really understand you.”

The choir, which meets Sunday evenings at SPACE for Saskatchewan Queer and Trans Youth near the downtown core, has seen up to almost 20 people attend on some weeks, says Brendan Dickie, the choir’s director. 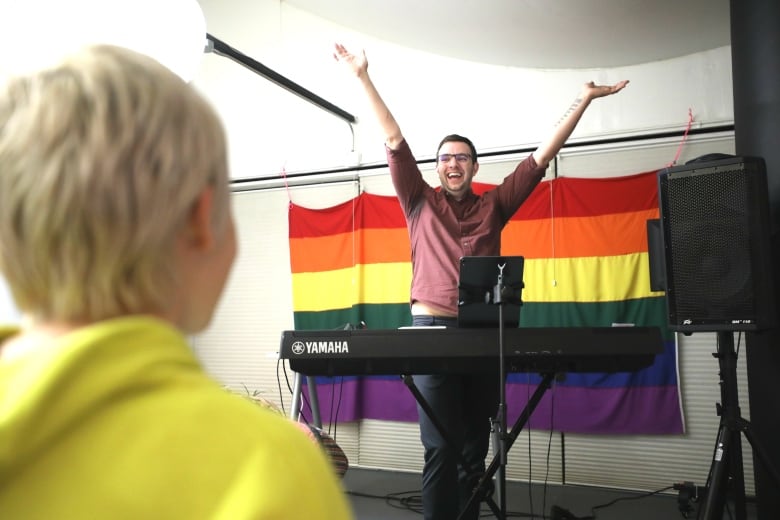 Queer Youth Choir director Brendan Dickie says he started the ensemble to give LGBTQ youth the opportunity to connect with their peers in a musical setting — an opportunity he says he never had while growing up. (Heidi Atter/CBC )

Dickie, who is gay, grew up in Strasbourg, Sask., approximately 75 kilometres north of Regina. He said he was compelled to create a safe space for LGBTQ youth to sing together because it was an opportunity he never got to experience growing up in the small town of about 800 people.

“I think a lot of the kids who are involved [in the choir] do have some sort of creative musical outlet,” said Dickie, but “maybe their peers don’t allow them the freedom to feel that they can share their identity.”

While there are other activities for LGBTQ youth in Regina, Dickie said there aren’t many music opportunities specifically geared toward them.

“I think a lot of the youth that are in the choir definitely want that opportunity to interact with their peers in a musical way,” he said. “It offers them the chance to build new relationships.”

‘I didn’t want to lose music’

Choirs can offer a particular challenge for transgender youth, said Dickie. As they transition, it can be difficult for them to identify where they fit in the ensemble vocally.

Levi Boutin is one of those youth. Growing up female, he began physically transitioning in December, which included hormone therapy to lower his voice. 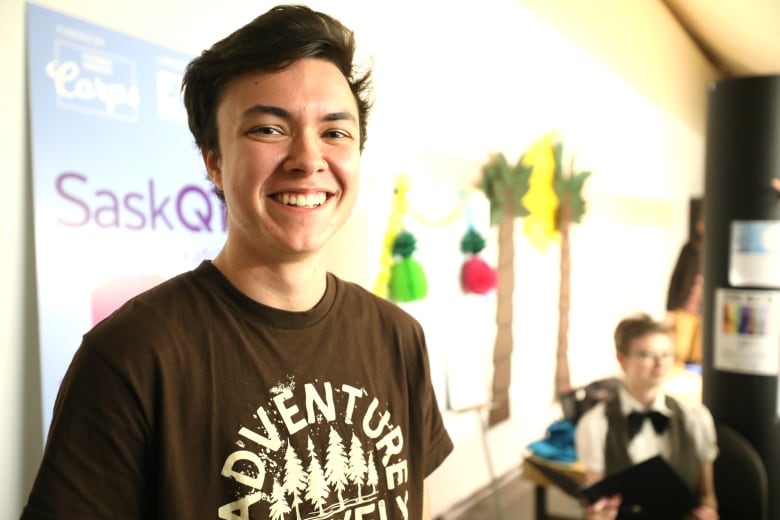 Levi Boutin says the Queer Youth Choir has made him feel welcomed as a transgender youth. Growing up as a female, Boutin stepped away from music for a few years, as he didn’t feel comfortable singing female parts, but his range didn’t allow him to sing male parts. (Heidi Atter/CBC )

“I didn’t want to lose music,” said Boutin. “I had taken a step away from it for a few years because I didn’t like singing female parts anymore and I didn’t want to stand on the girls side anymore,” he said.

“It was kind of a relief to see that there would be a choir, even if I hadn’t been on hormones this year … where I would be welcome just to be myself.”

The ensemble sings pieces composed by LGBTQ composers — something Dickie said helps connect the singers to the music.

“It’s really neat to have that, because then I can say, ‘Hey, this piece was actually written by a queer composer that’s from our doorstep,'” he said. “It adds an extra level of engagement with the youth that are in the choir.”

He hopes other communities in Saskatchewan will take notice of the group and start their own LGBTQ music ensembles to welcome youth who might feel left out and overlooked.

For Harutyunyan, it’s been a chance to finally be himself after over 20 years of suppressing his true identity. 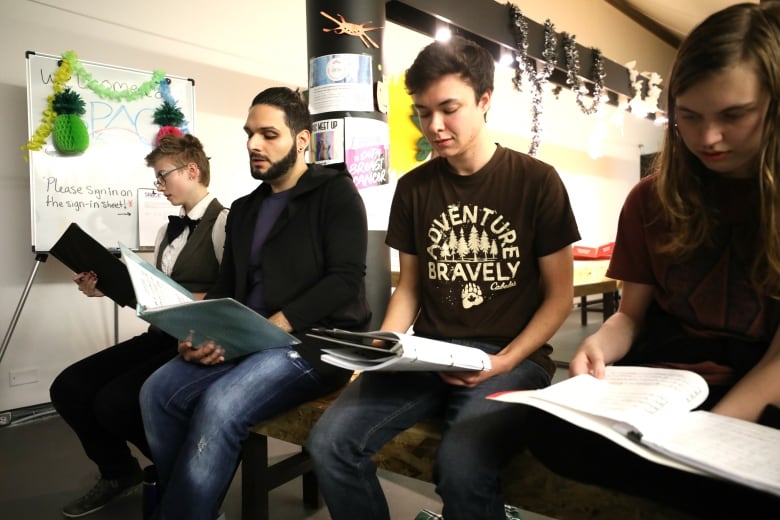