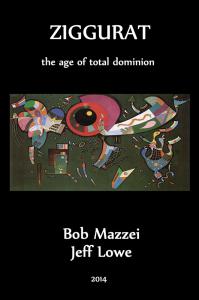 Ziggurat, the Age of Total Dominion by Bob Mazzei and Jeff Lowe

Freedom smiles but we have no eyes!”

LONDON, GREATER LONDON, UNITED KINGDOM, March 27, 2018 — Punkia.com, aka The Land of Plenty, is a fresh satirical blog with a special inclination for clever social insights! At Punkia, we delight in mocking at the most contradictory issues of our time.

Sarcasm, along with a good store of awareness, is the sauce of our content.

We are very fond of Rock and Roll and so we welcome music, poetry, philosophical topics, comics and all outstanding and funny stuff that is worth to be featured. Contact us, there’s room for you too!

Good old Rock music means liberation and happiness without ever falling off in banality, that’s our thread. We are fed up with dull junk put together by copying hither and thither, not to mention those magical recipes we’re being given by marketing gurus, politicians & Co. As if something changed without changing this ruthless social status quo.

So, here we go with something that’s a perfect fit for our publishing line. A real pattern, indeed!

It deals with a crucial point of our era, “What is Social Power today?” We can’t but perceive it as excessive and boundless. So oppressive to pave the way for the age of total dominion. However, while we are impotent before such an extreme tyranny, freedom is there a stone’s throw from us.

Our world cannot be explained by senseless and lame conspiracy theories, nor can it be understood by blaming individuals because of their greed and mean behavior. Social conditions create individuals conscience, never the contrary. Consequently, we are the only ones who can liberate ourselves. No entity from outside this world will ever set us free.

Although this book apparently sounds dominated by a sense of grief because of our impotence before things that we are not able to master, not only does it allow for our complete emancipation, it also deals with a series of humorous situations to remind us that we are never to take ourselves too seriously.

Bob Mazzei, aka Dangerous Bob, was a lively youth of 50, when the book was published. Now, he is a kid of 53 setting up to the tender age of 54. He lives in Europe, always up and down the continent yet not neglecting to drop in at the beloved Land of the Rose. Although he doesn’t see himself at ease in a capitalist society, he hasn’t managed to find another suitable planet in the vicinity to be hanging out. According to him, the sucking trouble with searching for a livable spot in the universe is, “There is no chocolate for sale outside the planet Earth, let alone some good wine, damn!” Thus, he is forced to put all he has studied into engineering, philosophy and economics to make his ends meet. Apparently, he must thank his lucky star for specializing in agro-economics, IT and digital marketing; at least, he can eke out a living!

Jeff Lowe, aka Jeff the Terrible, was 590 years old (yes, 590!!) by the time the book was issued. Soon he is going to be 630 (please, don’t ask; the way time goes by in his biosphere is pretty different from the world of ordinary mortals). Jeff is a respected seedsman and has an acute knowledge of agri-business practices and markets. He has been sailing across so many seas and fighting against so many sharks. He is a man of big challenges and very keen on history. Jeff lives on the ground floor of the United States and realized a very long time ago that capitalism was a short-term practice. He is an opponent of the Neostance groups, namely those who think that placing the prefix neo- before a word is enough to make things change. Jeff is definitely not an admirer of those who put greed before life, liberty, and the pursuit of happiness.

As a roundup of the topics you find in this brilliant novel we point out: Rock music, Arts, Economics, Politics, Poetry, Literature, History, and a significant amount of Humor!!

Individuals are tools of production and consumption, relentlessly looking for pleasure that never comes. Their same “self” vanishes while attempting to fill up the emptiness of their existences completely dehumanized and possessed by the totalitarian law of profit. Neither old nor new values will never appease their plight while the social regime remains unaltered. Until the social room we all occupy is humanized, there is no chance for humans to finally be born. We’ll keep being oppressed by the ruthless Leviathan, no matter if it disguises itself with the reassuring forms of civil rights and democracy.

Democracy is not an alternative to totalitarianism; it is just one of the faces of dominion. It is nothing more than a good system to produce goods and accumulate wealth under peculiar circumstances. There’s nothing left out of the iron grasp by Capital, its domination spreads from end to end across our entire world and place in the universe. The law of profit allows no option, it is despotic, and it appropriates of everybody and everything. It moves the individuals according to the invisible, yet overbearing and unstoppable, hand of necessity.

Therefore, the search for humanization and liberation of all Humankind goes necessarily through overcoming the actual social regime, for a world without social classes, money, trade, politics and power. The entire novel plays and rocks between reality and dream, and yet fantasy and actuality melt and confuse one another. One thing is Chimera, another is Utopia, but most of all, it’s all happening now, right now in front of each and every one of us while we’re wide awake… Or, wait… we’re probably sleeping.

by Bob Mazzei and Jeff Lowe

Published in eBook format by eBookIt.com on June 23rd 2014